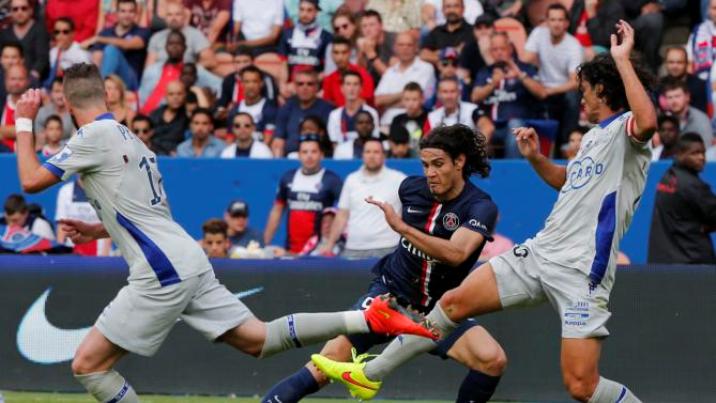 Paris Saint Germain began the second half of the Ligue 1 season in comfortable fashion on Friday, goals from Thiago Motta and Maxwell seeing Laurent Blanc’s champions to a 2-0 win over Bastia.

PSG went into the winter recess boasting a yawning 19 points cushion — a new record points tally up to Christmas in France.

And two first half goals moved them 22 points clear of Monaco and maintained their unbeaten record in all domestic competitions since last March.

“We are the only team which also thinks a little bit about the future,” said Blanc as he looked ahead to the rest of the season which also includes a Champions League last-16 clash against Chelsea.

“There are heavy legs in January but we have big goals for February, March, April and May, I hope.

“You have to work hard in January, the weather conditions may not be great. This is one reason why the game tonight gave me much pleasure.”

Bastia turned up sitting just three points clear of the relegation zone but having only lost just one of their last six games.

As for their well-heeled hosts PSG had laboured to a 1-0 victory against fourth-tier minnows Wasquehal in the French Cup last weekend.

For Bastia, Brazilian Brandao was making his return to the Parc des Princes where in 2014 he headbutted Motta for which he picked up a six month ban.

The visitors began brightly but as the half hour approached PSG’s Angel Di Maria sent in a corner from the right with Bastia’s bumbling defence allowing Thiago Silva’s header to be nudged over the line by Motta.

Argentine star Di Maria was at the heart of the hosts’ second goal ten minutes later, helping to set up left-back Maxwell to fire an angled shot into the Bastia netting.

Saturday will be an historic day for former multiple champions Lyon as they open their new 59,000-seat stadium against bottom club Troyes.

The ground in Lyon’s eastern suburbs will be one of the venues for Euro 2016. – Agence France-Presse