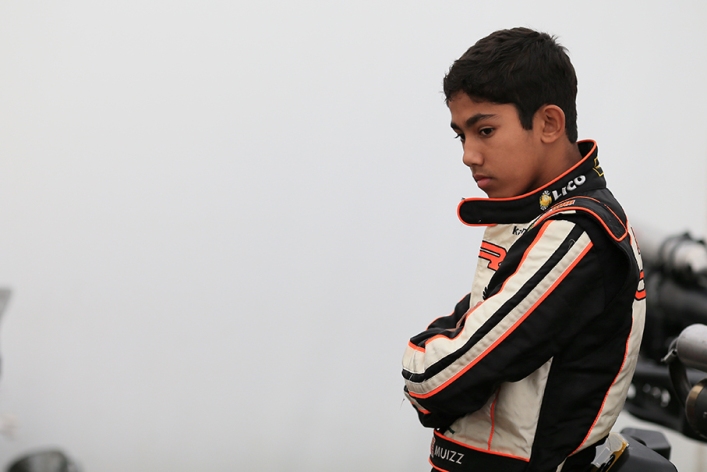 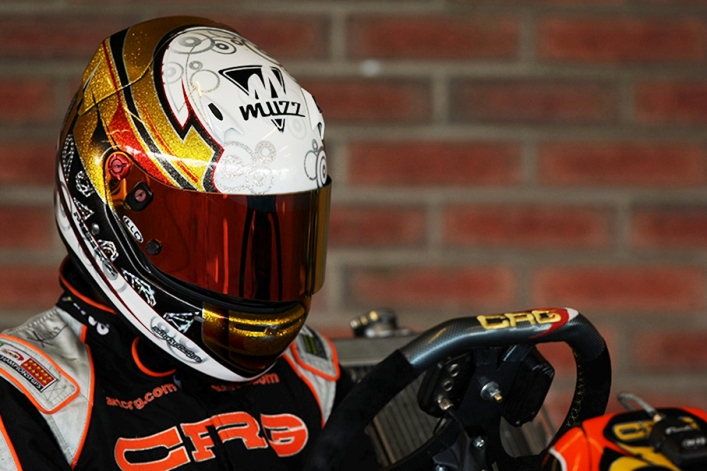 Charting a new path in his racing career and in search of new challenges, Malaysian karting sensation, Muizzuddin Musyaffa Abdul Gafar is teaming up with former world champion Danilo Rossi in challenging for top honours this season especially a stronger performance at the world championship in Bahrain this September.

Muizzuddin, who turns 14 next month, will be in the second year of the KF Junior category for karters aged between 13 and 15 years old. He starts his 2016 campaign next month in the World Series Karting (WSK) Champions Cup in Italy before competing in the WSK Masters Series and the CIK European Championship.

“The WSK Masters Series and the European Championship will both run for four rounds. But, the top priority will again be the world championship, which will be held in Bahrain this year. We are hopeful to do better this year especially with the personal support from Danilo Rossi and his DR Racing Kart team,” said Muizzuddin’s father, Abdul Gafar Abdul Rahiman.

By switching to DR Racing Kart, Muizzuddin ended his partnership with Gamoto Racing Team, which managed him since he started his international racing career as a nine-year old in the Mini 60 class for karters under 12 years old.

“We believe that a change with be good for Muizz at this stage of his career. We would like to thank Gamoto for their support especially in helping Muizz to become the first Malaysian to win the WSK Champions Cup overall title and second overall in the WSK Masters Series in 2014 for the 60 Mini class. We need to move forward and look at other options for Muizz in chasing his dream to become a professional driver,” Abdul Gafar added.

Despite making an impressive start in the KF Junior category last year by taking third place in his first event at the season-opener Vega Winter International in Italy in January, his other results at the WSK Champions Cup, the WSK Super Masters Series and the European Championship had been below expectation.

His debut in the World Championship in Italy last September in particular was frustrating for Muizzuddin’s camp especially after impressive results in the heats. Held in track very familiar to Muizzuddin at La Conca Circuit, poor setting in qualifying, however, saw the young Malaysian falling to 39th place; putting him in a mountainous task for the final battle.

Muizzuddin, who was named as Malaysia’s Best Young Athlete in 2015 by the Sportswriters Association of Malaysia (SAM), finished 25th in the world championship race, which was won by 15-year old American Logan Sargeant and competed by 103 karters worldwide. Italian Clement Novalak second and Brazilian Calo Collect took third place.

Abdul Gafar added: “We had a very good and frank discussion with Mr Danilo Rossi himself and that he had given his commitment that he would personally draw up Muizz’s racing programme and personally monitor and guide Muizz. He said that Muizz had lots of potential and he believes Muizz has what it takes to become a top driver one day.

“But, he also stressed the need for Muizz to continue working hard especially on his fitness and stamina. Muizz is currently working on a strong fitness programme here at home before he leaves for Europe for the competitions. We even arranged for Muizz to try out running a Formula car at Sepang Circuit last month and he did pretty well,” he added.

Currently Team Manager for CRG, Rossi is the founder of DR Racing, which designs and produces chassis and is involved in the main international kart competitions. Born in 1974 in Alatri, Italy, Rossi makes his debut in karting in 1984, he won his first world title in 1990 for the Formula A class.