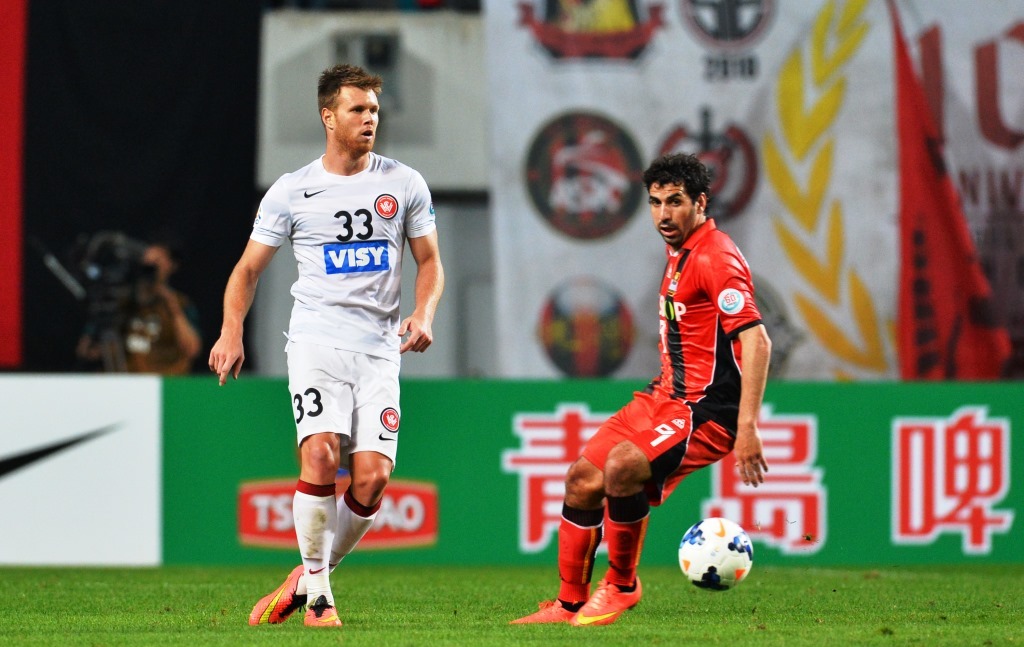 Western Sydney Wanderers defender Daniel Mullen is seeking redemption in the AFC Champions League final against Saudi Arabia’s Al Hilal having missed out the first time an Australian side reached the continental showpiece six years ago.

Mullen was fast-tracked into the Adelaide United side for the knockout stages of the 2008 AFC Champions League despite having only been signed up to the professional ranks ahead of the 2008/09 A-League season.

But after the teenager featured in three of the four games as Adelaide beat Japan’s Kashima Antlers and Uzbekistan’s Bunyodkor, Mullen was called up to the Australia squad for the 2008 AFC U-19 Championship and subsequently missed the 5-0 aggregate defeat by Japan’s Gamba Osaka in the final.

“For me it is a second chance to play in a final having been there before with Adelaide United, but I wasn’t able to play a part in the final as I was away with the U-20 national team,” said Mullen who, along with his Western Sydney team-mates, will entertain Al Hilal in the first leg of this year’s final at Parramatta Stadium on Saturday.

“So for me, it is exciting and hopefully time for some redemption as well.  As a team, we are just trying to go about things in the normal way we do in terms of preparation and training, and not play the game before it comes.”

Having watched both legs of the 2008 final from a hotel room in Saudi Arabia as Mullen helped Australia reach the semi-finals of that year’s AFC U-19 Championship, the full-back is set to feature against Al Hilal having established himself as a key player for Western Sydney under coach Tony Popovic.

Questions marks do though remain over who will join Mullen in a defence which has not conceded a goal at Parramatta Stadium in their last five continental outings, with Australia international  Matthew Spiranovic pushing for a return to the side having undergone ankle surgery following the 2014 FIFA World Cup.

Brendon Santalab is another doubt after suffering a hamstring strain in the closing stages of last weekend’s 3-2 defeat by Sydney FC, while fellow forward Tomi Juric is short of match fitness due to a groin strain.

“To be honest, we are at the fittest we have been since pre-season started and we have got pretty much everyone coming back from injury and players coming in, so the coaches will have a large group of players to select from and everyone  is eager to play in such a massive game,” added Mullen, who has made nine appearances for Western Sydney en route to the final.

“It is a once in a lifetime opportunity.”

But Popovic’s side head into the first leg of the final against Al Hilal having lost their opening two games of the new A-League season, with the latest suffered after letting slip a 2-0 lead against Sydney FC last Saturday.

“We know we are here on merit as we are the two best teams in Asia and we have proven that in the group stage and knockout stage and we have come up against some quality opposition and outplayed them at times and got the results that we needed,” said Mullen, who turns 25 the day after the first leg.

“We can put the A-League in the back of our minds and our full focus is on the final this week.”

Two-time Asian Club Championship winners Al Hilal, though, represent a totally new challenge for Western Sydney with Popovic’s side having only played teams from the East of the continental up to now.

“It is good to have the first game at home because we have got such a good fan base and supporters, and at times they can be the 12th man that we need to get an edge on teams,” said Mullen, who will travel to Riyadh with his team-mates for the second leg of the final on 1 November.

“To have the first game here is important as we can hopefully get off to a good start to set a tone for the second game.”