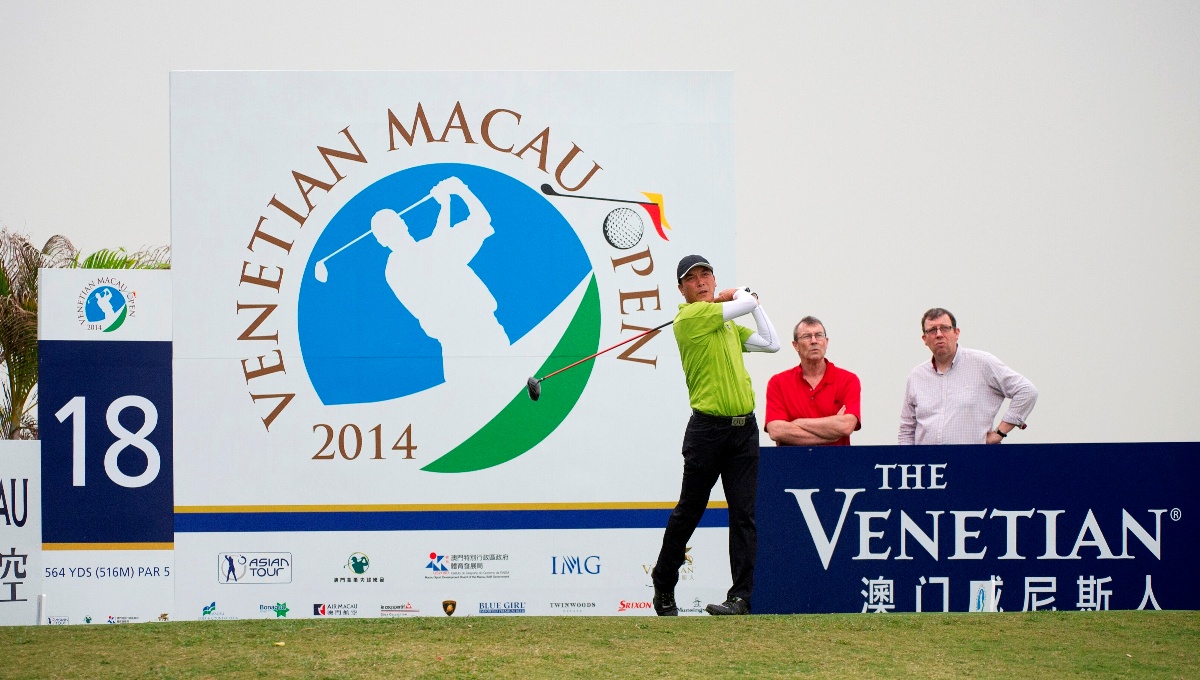 Indian star Anirban Lahiri produced the fireworks with a magnificent 10-under-par 61 to lead the Venetian Macau Open by one shot from in-form defending champion Scott Hend of Australia on Thursday.

Lahiri, currently second on the Asian Tour’s Order of Merit, brilliantly sank a 15-foot eagle putt on the 18th hole at the Macau Golf and Country Club to post his career low round and surpassed last year’s record-equaling 62 in the final round which saw him finish runner-up.

Australian Sam Brazel carded a 64 for third place while Switzerland’s Martin Rominger and another Aussie, Adam Groom produced 65s on a glorious opening day at the Venetian Macau Open, which is offering a record US$900,000 prize fund this week.

Star attractions Ernie Els of South Africa and three-time Asian Tour number one Thongchai Jaidee, who played alongside Hend, settled for 70s to trail the leader by nine shots while Spaniard Miguel Angel Jimenez struggled to a 72, taking 33 putts.

With India celebrating Diwali, which is known as the Festival of Lights, back home, Lahiri, who is a four-time Asian Tour winner, was delighted to deliver the cheers to his fans back home as he took full advantage of near benign conditions at the par-71 Macau course.

“It’s a great Diwali and happy Diwali to everyone back home. It’s nice to have some fireworks on the course,” smiled Lahiri, who needed only 22 putts  for his round.

“It’s fantastic. I really played solid all day and it was nice to get such fantastic weather and putt well. I think I did really well inside of 15 feet, I think this is the best I’ve putted for a while. My good friend S. Chikka who is playing this week pointed something out and he knows my game really well.

“Sometimes my putting stroke doesn’t flow as well as it needs to and he spotted a little thing that really helped me. I felt really  comfortable on the greens. I’m really happy.”

With Hend, who was in the group in front, setting the clubhouse target after a brilliant inward 29, Lahiri, who had eight birdies on the card, including four in a row from the 12th hole, finished his day in style when he found the par five 18th green with two mighty blows before rolling in his eagle.

“I knew he (Hend) birdied 17 and 18 and when I got to 18, I saw he was on nine-under. I told my caddie that last year, we got it to nine-under and let’s see if I can hole this 15-footer. It would be really nice to have the course record (Note: it is an unofficial record as the preferred lie rule was in effect).”

Big-hitting Hend, who won the Hong Kong Open last week for his sixth Asian Tour title, carried on with his fine form. His back nine was truly brilliant where the free-swinging Aussie nailed five birdies and one eagle to enjoy a strong start.

“I just played good, missed a few putts though. The softness from the (overnight) rain made it easier than normal and we were lucky conditions were benign. This course can still jump up and bite you.

“I’m hitting the ball good, putting good and thinking good. It usually adds up with a bit of luck for a good score,” said the 41-year-old.

“Just the first round, three more days to go … it’s pretty hard to keep the galloping pace up and sometimes, you have to bring the pace back to  a little trot.”

Els, third here at the Venetian Macau Open last year and joint fifth in Hong Kong on Sunday, cruised to three under through 10 holes before a run of three dropped shots pulled him down the leaderboard.

“I’ve got a lot of work to do. Scott is on wonderful golden form and he showed us the way. There are a lot of birdies to be made especially with conditions today where it’s soft and you can be aggressive. But I wasn’t quite on my game,” said the man nicknamed the Big Easy.

Brazel, lying in 66th place on the Order of Merit, enjoyed nine birdies on the card as he moved into third place. “Got off to a slow start, bogeying the 10th hole but after that, it all gelled together. I just stayed patient. There are some daunting tee shots out there and you need to be pretty smart.”

Groom was also delighted to be in the hunt as he is nursing a sore back. Two monster putts from 30 and 25 feet at the fifth and seventh holes kicked started his round. “I just played really steady, kept it in play and hit a lot of greens. I holed a couple of bombs and then it was just pretty steady on the back nine,” said Groom.

“My back is all tapped up. Barbara (tour physiotherapist) is working on it … magic hands.”