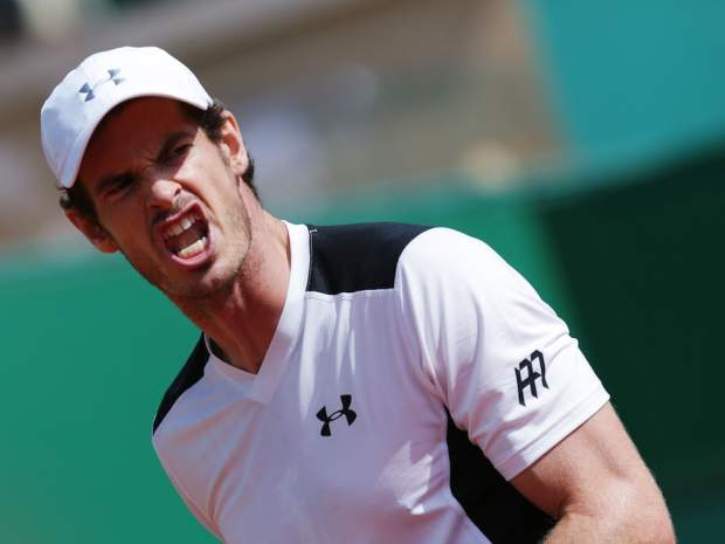 Andy Murray set up the first all-British Queen’s Club quarter-final in the Open era as the defending champion cruised to a 6-3, 6-4 victory on Thursday.

Murray will face British wildcard Kyle Edmund for a place in the semi-finals after brushing aside Aljaz Bedene, another of his compatriots, in the second round of the Wimbledon warm-up event.

“It wasn’t bad. I’m still getting used to the conditions a bit but I played well,” Murray said.

“The British thing had no bearing on it. It’s good the British players are doing well and I’m happy there are more Brits at the bigger events. I had a feeling I would play one here.

“Kyle Edmund is improving all the time – it’s not one massive leap but every year he gets a bit better.”

Murray is bidding for a record fifth Queen’s crown and the world number two took just 83 minutes to extend his fine career record in west London to 27-5 and book a sixth appearance in the Queen’s last eight.

The 29-year-old Scot, who resumed his partnership with coach Ivan Lendl this week after a two-year separation, next takes on Davis Cup team-mate Edmund, who was given a walkover into the quarter-finals after his French opponent Paul-Henri Mathieu pulled out with a wrist problem.

The promising South Africa-born 21-year-old had enjoyed the best win of his career on Wednesday when he defeated French world number 18 Gilles Simon in the first round.

While there was another more high-profile Battle of Britain going on across the English Channel in France, where England and Wales clashed in Euro 2016, there was plenty at stake for Murray in a rare meeting with a compatriot.

It was the first time Murray had faced a British opponent at Tour level on home soil and the first time anywhere since he lost to Henman in Bangkok in 2006.

Slovenia-born Bedene, ranked 58th, had lost all eight of his previous matches against top 10 opponents and Murray ensured that barren sequence was extended to nine.

Murray had battled hard to subdue Nicolas Mahut in two tie-breaks in the first round and initially he looked out of sync against Bedene.

Appearing to be discomforted by a shoulder problem, Murray had to save a break point in the first game.

But he gradually found some rhythm and broke for a 5-3 lead before serving out the first set with the minimum fuss.

Murray was on top without having to reach top gear and after breaking in the third game of the second set, he gifted the advantage back with a careless effort in the next game.

Even with that blip, Murray never looked likely to come unstuck and he broke again for a 4-3 lead that was more than enough to take him into the last eight.

Isner hit 43 aces but was unable to recover when a controversial call went against him in the second set tie-break and world number 41 Muller, who served 26 aces, made him pay when he converted his first match point in the decisive tie-break.