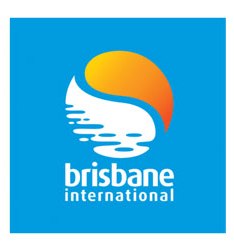 World number five Rafael Nadal will play in the Brisbane International next year, organisers said on Wednesday, the first time the Spaniard has kicked off his season in Australia.

The tournament, held in the eastern city of Brisbane in January ahead of the Australian Open, was last won by big-serving Canadian Milos Raonic who defeated Roger Federer in the final.

“It’s going to be the first time in my career that I’m going to play in Australia the first week of the season and I’m really excited about it,” 14-time Grand Slam champion Nadal said in a statement.

“I think this is something I have to do during my career and I think at the same time it’s going to be a great preparation to be in Australia early.”

The tournament’s director Geoff Quinlan said organisers had been in talks with the 30-year-old for several years and said Nadal would be a big drawcard for fans.

“This is just the start of a very exciting line-up of players we will announce over the coming months,” he added.

The Brisbane International will be held from January 1 to 8 in the lead-up to the Australian Open. – Agence France-Presse