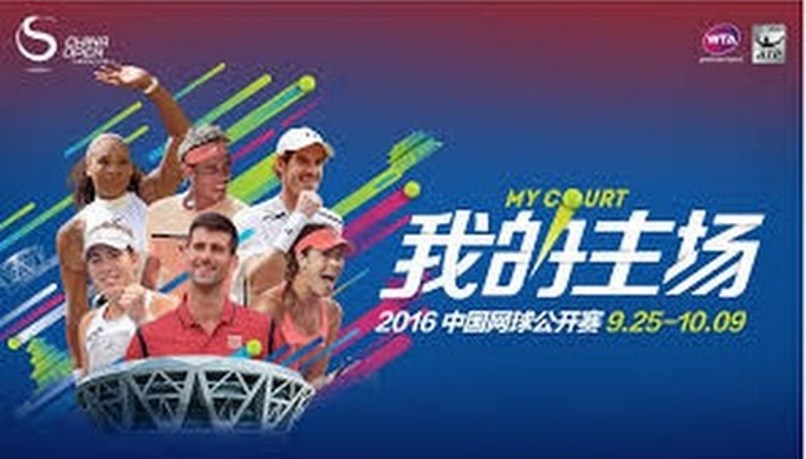 Rafael Nadal barrelled through his opening match of the China Open Tuesday as he seeks to redeem his injury-blighted season with a strong run in Beijing.

Nadal dropped just two games to 39th-ranked Italian Paolo Lorenzi, beating him 6-1, 6-1 to reach the round of 16.

Top seed Andy Murray booked his place in the second round with a 6-2, 7-5 win over Andreas Seppi who failed to capitalise on a late surge as he double faulted twice in the final game.

Fourteen-time Grand Slam champion Nadal is approaching the end of his second consecutive season without a Slam title since he won his first aged 19 at Roland Garros in 2005.

He has repeatedly fended off questions about his future in the sport since he was forced out of the French Open third round with a wrist injury that also saw him miss Wimbledon.

“When you get injury for two months and a half in the middle of the season (it) is tough,” Nadal said after his first round match in Beijing.

“(There) remains a little bit to finish the season. Today is an important victory. There are points to try (and win) to qualify for the World Tour Finals,” he added.

Nadal is currently eighth on the leaderboard for the London ATP Finals — which features the year’s top eight players — and needs to pick up some points in Beijing to ensure his qualification.

Until the wrist injury forced him off the court, Nadal had showed signs of a renaissance this year after his worst season as a professional in 2015 saw him plummet to his lowest ranking in a decade.

But he has failed to get past the fourth round of any of the Grand Slams this year and just missed out on a bronze medal at the Rio Olympics.

Murray is also targeting a strong Beijing run, which could put him in striking distance of dethroning world number one Novak Djokovic.

The Scot added a second Wimbledon title and Olympic gold medal to his collection, and also reached the final of the Australian and French Opens this season.

But September was a month of disappointments as he was ousted in the quarter finals of the US Open by Japan’s Kei Nishikori and missed out to a second consecutive Davis Cup win, losing to Argentina.

“What I needed after that stretch was a break. I needed some time away from the court to rest and recover, freshen up a bit, hopefully have a strong finish to the year,” Murray told reporters in Beijing.

The win is the teenager’s second top ten victory in two weeks, after he beat world number three Stan Wawrinka to claim his first career title in St Petersburg.

Meanwhile on the women’s side, double Wimbledon champion Petra Kvitova — fresh from her victory at the Wuhan Open last week — showed little mercy for home hope Wang Yafan beating her 6-4, 6-1 to reach the round of 16.

Dominika Cibulkova — who reached a career-high ranking of eight on Monday after reaching the finals of the Wuhan Open last week — fell to France’s Alize Cornet 6-5, 5-7, 6-2 in the second round.