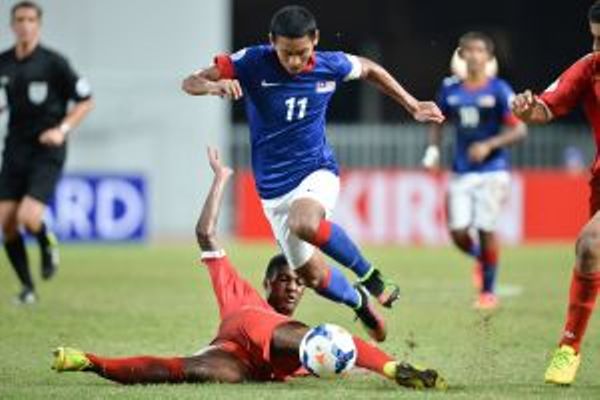 Malaysia set-up a quarter-final clash against Australia in the AFC Under-16 Championships at the Muangthong Stadium in Bangkok on Sunday after a hard-fought 2-1 win over Oman in their final Group A match on Wednesday.

The win gave Malaysia six points and the runners-up spot in the grroup. Unbeaten South Korea topped the group with maximum points after beating hosts Thailand 2-0.

Malaysia, however, had some anxious moments before overcoming a stubborn Oman – thanks to a brace by Muhammad Najmuddin. His clinical finishing in the 62nd and 76 minutes to the wind out of Oman after netting the equaliser through Mohammed Al Ubaidani on 67 minutes.

Oman looked the more dangerous side at Bangkok’s Rajamangala Stadium  in the first half and had more scoring opportunities but were let down by poor finishing by Ali Al Hinai, Amran Al Hidi and Salaah Al Yahyael.

Malaysia too had close looks at the Oman goal with Abang Afirman heading against the bar from a corner by R. Kogileswaran after 55 minutes.
The deadlock was broken when Najmudddin picked picked up a through ball from substitute R. Dinesh and drilled home grounder past the onrushing Oman goalkeeper Ammar Al Rushedi after 62 minutes of play.

Malaysia’s joy however was short lived when Oman made it all square on 67 minutes through a well taken goal by Al Ubaidani. Oman looked threatening each time they were on the ball but the Malaysians upped their tempo to regain the lead through the hardworking Najmuddin who fired home the winner in the 76th minute.

The winner earned Malaysia a place in the quarter-finals and a shot for a historic place in next year;s Under-17 World Cup Finals in Chile on merit. The semi-finalists in the AFC Under-16 Championships will earn their ticket to Chile.