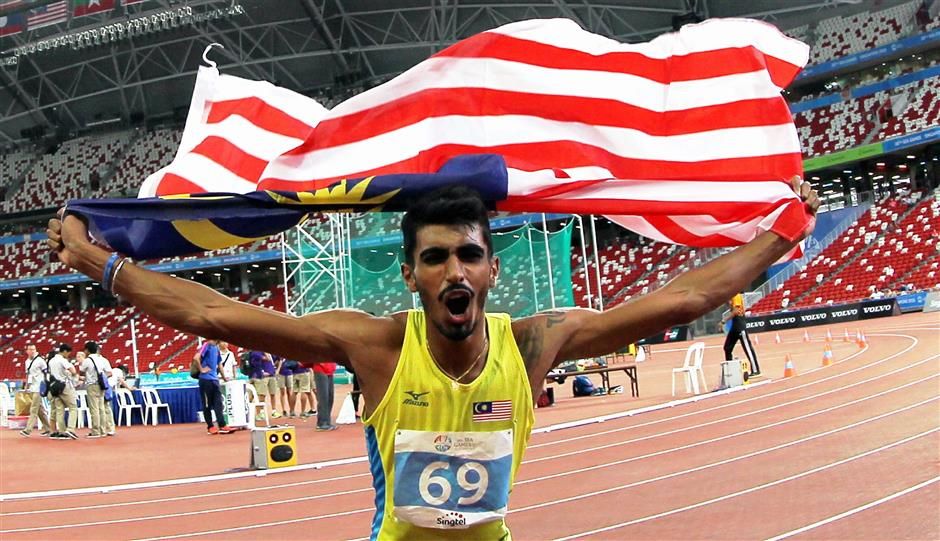 # Amarjit leaves for Rio to give him morale support

# ‘I want to see history written with my own eyes’ – Amarjit

# Thanked Malaysians who made his trip to Rio possible

Hours after his son Nauraj Singh arrived in Rio de Jeneiro on Monday his dad Amarjit Singh Randhawa left for the Brazilian city which is hosting the Rio de Janeiro Olympics.

Amarjit left via KLIA with high hopes of witnessing his son write Malaysian athletics history in his Olympics debut after the Johor Bahru-lad qualified on merit with a height of 2.29m – a new national record which he set in the Singapore Open.

“I hope to witness my son write Malaysian Olympics history in athletics in Rio. I want to see that happen with my own eyes,” said Amarjit, whose trip to Rio has been made possible with donations from well wishers.

The Johor Sikhs Golf Association held a golf tournament and raised RM10,000 while the sports loving Tengku Abdullah Sultan Ahmad Shah, the Crown Prince of Pahang, chipped in with RM10,000 while Johor Cricket Association president Datuk Dr Harjit Singh raised another RM7,500 through his friends to make it RM27,500.

Nauraj cleared 2.29m at the Singapore Open Athletics Championships in April to earn his ticket to Rio on merit – which equalled the Olympic qualifying mark.

“I have been keeping in touch with my son. He arrived in Rio from Florida on Monday and Nauraj is in the best of shape to compete in his first Olympics. To be with him in Rio during his event will give him the morale boost,” said Amarjit when met in Johor Bahru before he left for Kuala Lumpur.

Meanwhile, Nauraj said on his arrival in Rio during an interview with Astro Arena that he “hopes to create history” in his first OIympics.

Apart from rewriting his national record Nauraj hopes to become the first Malaysian to be in the final of an athletics event.