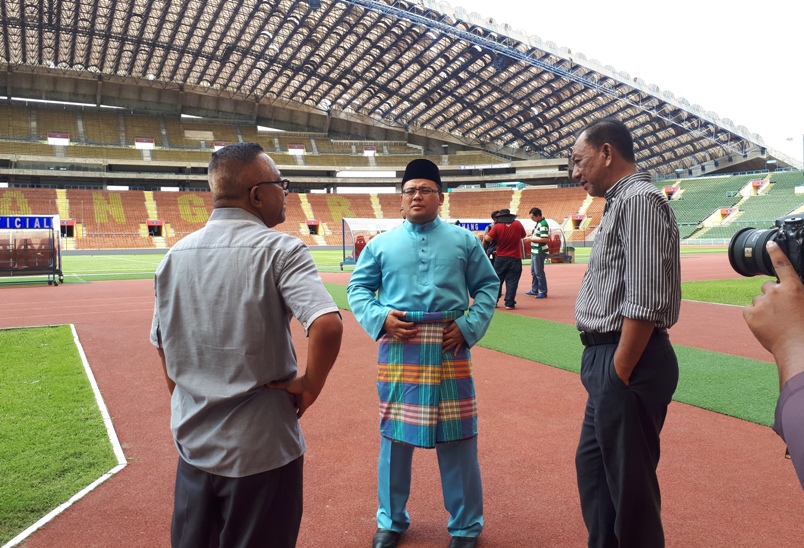 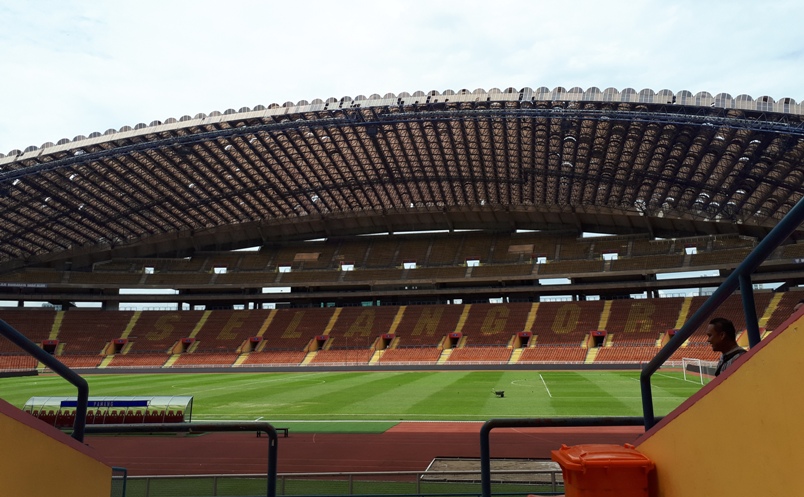 Amirudin Shari, the Selangor State Executive Councillor of Youth Development and Sports, said that they will need the assistance of the Ministry of Youth and Sports (KBS) to repair the Shah Alam Stadium that was damaged by heavy downpour.

The stadium had parts of its roof blown off by strong wind that followed the heavy rain during the friendly match between the Malayaisn Under-22 team against their Myanmar counterparts yesterday.

It is estimated that the cost of repairing the roof might be more than RM 1 million.

“The stadium is more than 20-years-old and I believe that we need to make changes immediately. We have requested for assistance from KBS but so far there hasn’t been any news yet,” said Amirudin.

“I have received the report from the Shah Alam City Council (MBSA) on the roof issue and I hope that we can rectify the problem soon considering that the SEA Games is not far away.”

Amirudin said that the damage is just a minor setback.

“We believe MBSA will be able to repair the damages within two or three weeks. For the past two months, the state government have approved for the stadium to be managed by professionals so that it will not be a burden to MBSA,” he added. – BY ALVIN OH