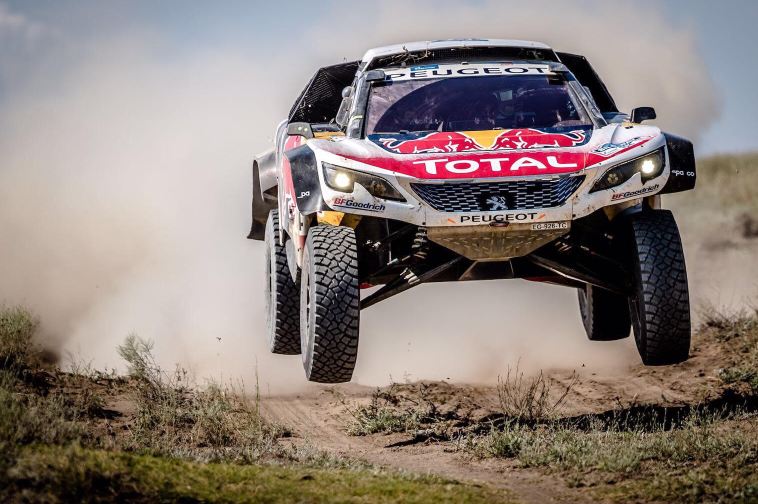 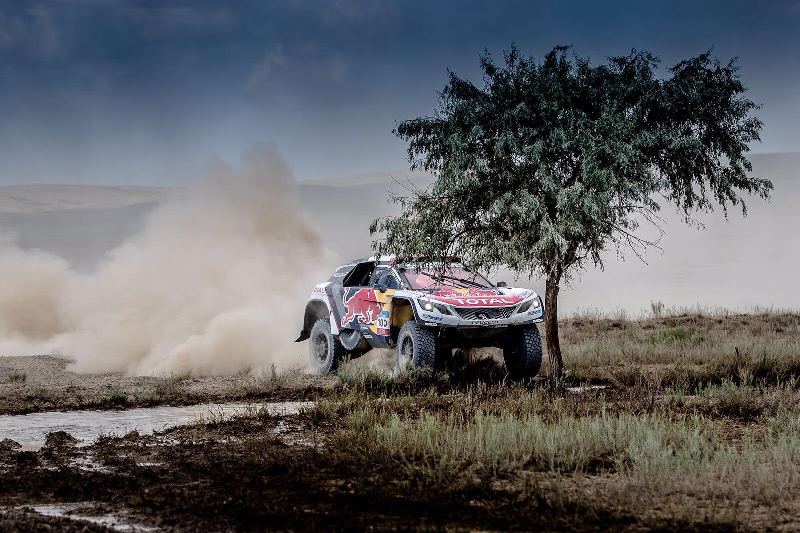 Day 7 of the Silk Way Rally was actually the shortest leg in terms of overall distance covered at 412 kilometres, with some tricky navigation on the 106-kilometre timed section. The competitors moved from Kazakhstan into China after the stage, where the rally will conclude next week.

It was only a short stage after an early start for the competitors as they crossed into China: having completed a competitive section that was characterised by soft and sandy gravel tracks, with vegetation by the side of the road, a few spectating animals, and plenty of dust. This made the navigation quite complex, as it was very hard to pick out the right route visually. Stephane Peterhansel, who started 1 st on the road after dominating the action yesterday, chose to wait for his team mate Sebastien Loeb, who started 2 nd , in order to be able to assist through the stage. As always, the Silk Way Rally is all about team work.

“After spending so much of the first part of the rally surrounded by water and mud, today was a big change. It was completely dry and this was causing a lot of dust: it meant that it was difficult to get even with 800 metres or so of the car in front, let alone try to pass! As you can imagine that’s a lot of dust, quite a dangerous situation, and the first time we’ve seen that on this rally. In terms of the terrain and the roads, it was actually a bit like the WRC stages in Sardinia I think: even though this was a short transition stage before we crossed the border into China, it had quite a European feel. I’m happy enough with our progress today though: at least we had no major mistakes like yesterday, when both Seb and I got lost.”

“I was at the front for a lot of the stage so I didn’t get any dust but on the other hand I had to find the way, so the two things probably balance each other out. In the end the stage went well for us: as it was so short the most important thing was to have a clean run and try not to make any mistakes. Thanks to some good work from Daniel as well we achieved that, so I’m quite happy with our progress today.”

“No problems for us on this stage. The navigation was tricky for the first car on the road, especially with some of the long grass and the fact that the tracks were difficult to see. So, we decided to wait two minutes for Seb 3.5 kilometres after the start and both of us then got safely to the finish. Now we are in China but there is still a very long way to go so a lot can still happen.”

The Chinese border, which the crews crossed today, is the longest land border in the world with a total length of 22, 117 kilometres and a crossing into 14 countries (as well as the administrative states of Hong Kong and Macau). That’s more than double the length of the entire Silk Way Rally route, which comes in at 9, 599 kilometres.

The route tomorrow is again relatively short, in Silk Way Rally terms at least, with a total distance of 436.34 kilometres, including a 250.37-kilometre stage. However, it’s a particularly welcome one, as it leads the crews towards the rest day at Urumqi, following a week of competition. The basic characteristics of the route are similar to today, so expect more dust, but the stage is even more complex, especially towards the end where some in-depth navigation is required. There are several deep holes through drilling as well, which crews will have to look out for. Paying attention to the caution zones in the road book is going to be even more vital than usual.