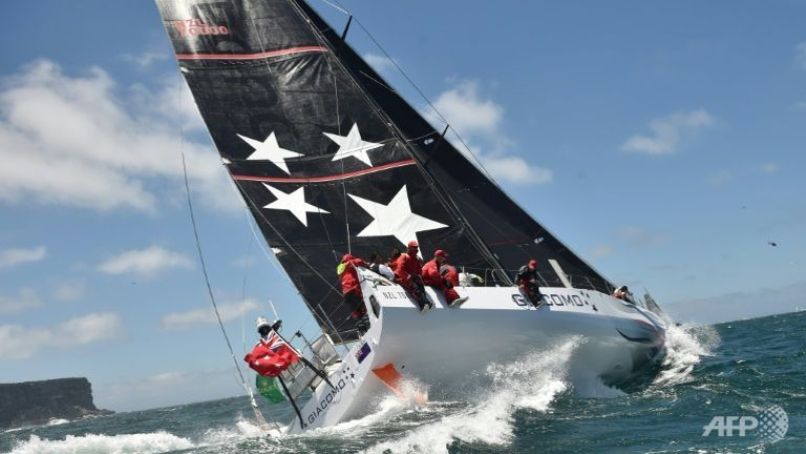 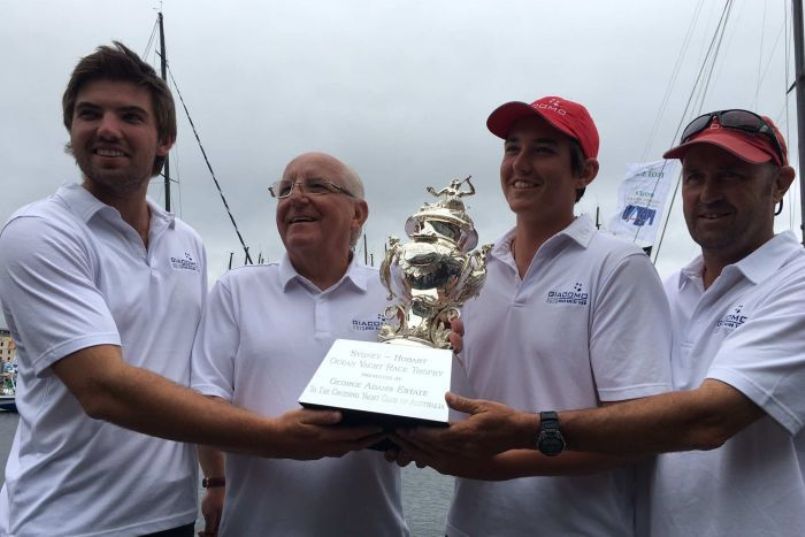 Both yachts sped into Hobart and easily broke the old record by hours with a time of 1 day 15hr 27min 5sec for Giacomo.

But soon after third-placed and Hong Kong-owned Scallywag finished the race rain began to fall and the wind dropped on the fickle Derwent river leading to Hobart.

With other leading handicap contenders tied up in the doldrums for much of Wednesday, Giacomo sat pretty on corrected time.

“Congratulations to the overall winners of the 72nd #RolexSydneyHobart – Giacomo, made up of a father, his 2 sons & a talented crew!,” the race organisers tweeted Thursday afternoon.

“We’re feeling wonderful, we’re ecstatic and excited… The impressive, hard work of the crew was tireless. It was a race of opportunity,” he said.

“I would be dishonest if I didn’t say we put thought to overall victory 20 hours into the race. We identified our competitors.”

Giacomo was awarded the Tattersall’s Cup, handicap honours for the vessel that performs best according to size, whereas line honours are for the fastest boats.

Delegat earlier admitted the downwind conditions suited his 70-footer, allowing it to split the 100-foot Perpetual Loyal and Scallywag.

“Still, we’re pretty surprised, it’s not often that a 70-footer can do this, get second over the line,” he said.

Giacomo was a family affair for the Delegats, with Jim’s two sons — Nikolas, 20, and James 18 — joining him on the yacht.

It was James Delegat’s first Sydney to Hobart race and he was also the gruelling contest’s youngest sailor.

The lack of wind on the last leg took care of Giacomo’s rival 70-footers and the smaller boats.

Last year’s overall winner Balance, a 52-footer owned by Australian Paul Clitheroe, had been running close for a second successive handicap crown before falling into the wind trap for much of Wednesday.

When Scallywag docked before dawn at Hobart’s Constitution Dock, the first three home were well inside the 2012 record of one day 18hr 23min 12sec for the 628-nautical-mile (1,163-kilometre) event.

At one stage on Tuesday morning 24 yachts were running ahead of the record. But the change from the fastest times to a virtual standstill came suddenly.

The race organisers, the Cruising Yacht Club of Australia, described the Derwent shutdown as “a tortuous 11 miles of drifting and clawing to the finish line”.

The breeze picked up Thursday, with a flurry of yachts crossing the finish line.

“It was very difficult current, we had to really manage how strong it was in the river,” navigator Yutaka Takagi said.

“There were three times where we sat in no wind, for at least one hour each. It was such a long time.” –  Agence France-Presse