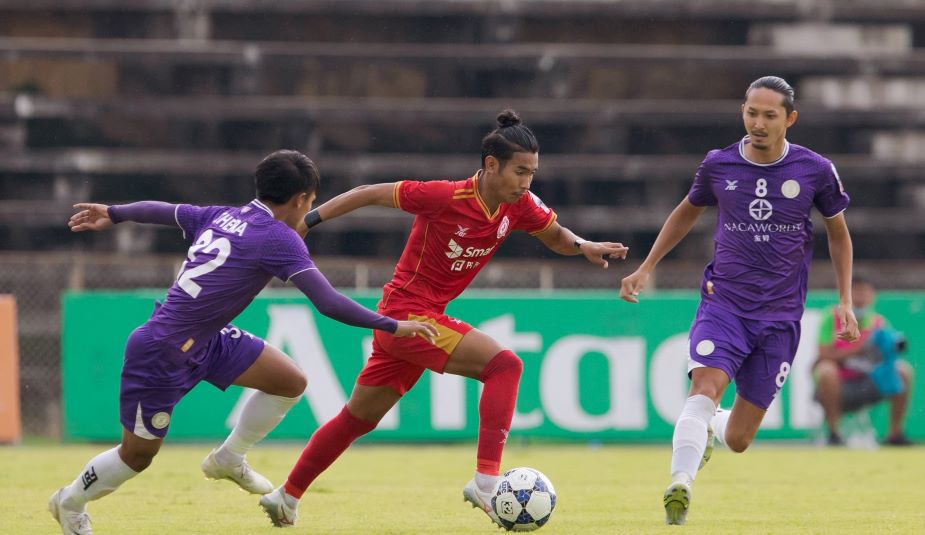 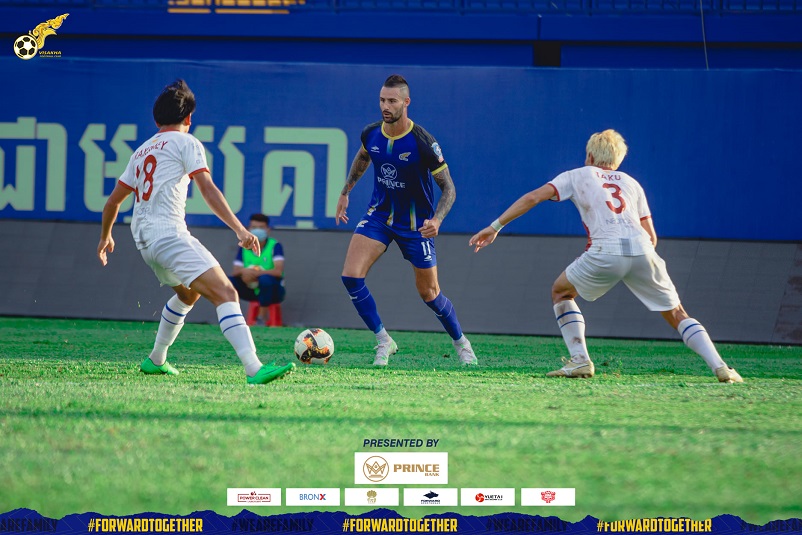 A double from Andres Nieto propelled Phnom Penh Crown FC to the top of the Championship Round of the 2021 Metfone Cambodian League (MCL) following their close 3-2 win over Nagaworld FC.

Playing away to Nagaworld at the Army Stadium did not deter Crown from coasting to a 2-0 lead at the break – Nieto’s superb finish in the 23rd minute after a blistering run and then Thiva Brak’s close range effort with two minutes left of the first half.

In the 62nd minute, striker Marcio Oliveira capitalised on a defensive error to give Nagaworld a fighting chance to put the score at 2-1 to Crown.

But it did not take too long for Crown to restore their two-goal cushion when Nieto punished some hesitant Crown defending in the 74th minute to fire home.

And while Oliveira managed to rifle in the second goal for Nagaworld with ten minutes remaining, it was not enough to inspire them to draw level as Crown picked up the full points and their place at the top of the standings.

It was all business for Visakha where after Sin Kakada had given them the lead after 27 minutes, Marcus Haber (37th and 79th) and Ajayi Korede (87th and 90th) seized a brace each for the win.

Crown and Svay Rieng have picked up 37 points and 35 points respectively from 16 matches played while Visakha are on 34 points from 15 games.