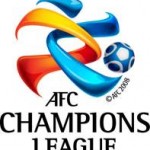 Persepolis currently occupy second spot in Group A and sit just a point behind table-topping Lekhwiya despite  losing 3-0 to the Qatar champions a fortnight ago, but Al Nassr are only a point behind ensuring a grandstand finish on the final Matchday.

And Saudi Arabian champions Al Nassr must at least draw against a Lekhwiya side who still need to avoid defeat to ensure their own qualification, while also hoping Persepolis fail to win in Tehran to stand any chance of making their first appearance in the Round of 16 since 2011.

“We still have a chance to qualify from the group as we have an important match against Bunyodkor,” said Persepolis coach Branko Ivankovic following the Matchday Five defeat in Qatar.

“The defeat affected our chances and that is why we should study our mistakes and fix them before the final match.”

Bunyodkor defenders Hayrulla Karimov and Anvar Gafurov will be absent from the tie at the Azadi Stadium due to suspension.

Al Nassr, meanwhile, will be without suspended Saudi Arabia striker Mohammed Al Sahlawi and midfielder Ibrahim Ghaleb, while defender Mohammed Tresor is ruled out for Lekhwiya.

Elsewhere, inaugural AFC Champions League winners Al Ain from the United Arab Emirates, Naft, Pakhtakor and Al Shabab will all have their parts to play in the concluding ties in Group B.

Although Al Ain have already secured their passage to the last 16, the newly-crowned Emirati champions will face second placed Naft at Hazza Bin Zayed Stadium looking to secure top spot and home advantage in the second leg of their last 16 tie later this month.

However, with Pakhtakor just two points behind Naft in third, a victory for the Uzbek club over already-eliminated Al Shabab of Saudi Arabia could see them leapfrog Naft and take the remaining ticket to the knockout stages if the Iranians were to lose in Al Ain.

Pakhtakor will, though, have to play their part in this scenario without the services of defender Egor Krimets who is suspended.

Jeonbuk and Shandong, meanwhile, face a winner-take-all showdown in Jeonju to decide who will join Group E winners Kashiwa Reysol of Japan in the last 16.

Shandong’s win over already-eliminated Vietnamese champions Becamex Binh Duong a fortnight ago was matched by Jeonbuk’s narrow defeat to Kashiwa which leaves the two sides separated by just a point.

Jeonbuk, though, will be without suspended midfielder Lee Ho and defender Cho Sung-hwan for the visit of the Chinese Super League side, who have midfielder Zhang Chi also suspended.

“We must have a perfect game in Korea to qualify. I know it is going be difficult, but we will try our best,” said Shandong coach Cuca.

Unbeaten former semi-finalists Kashiwa, meanwhile, will wrap up their group stage campaign with a visit to Binh Duong.

Finally in Group F, both Gamba and Buriram remain in the hunt for the remaining place in the last 16 alongside Korea’s Seongnam FC.

Seongnam secured their place in the last 16 a fortnight ago, but the two-time continental champions will look to clinch the group with a visit to a Gamba side who must match Buriram’s result against already-eliminated Guangzhou R&F of China to advance with the pair currently level on points but with the Japanese side holding the crucial head-to-head advantage.

There is the possibility of Seongnam, Gamba and Buriram finishing level on points at the top of the table, although the K-League Classic side are ensured of progress in at least second place due to their head-to-head record against the pair.

CAPTION – Iran’s Persepolis lost 3-0 to Qatar’s Lekhwiya last month, but Branko Ivankovic’s side can still qualify for the last 16 of the AFC Champions League with victory over Uzbekistan’s Bunyodkor on Wednesday in Group A.