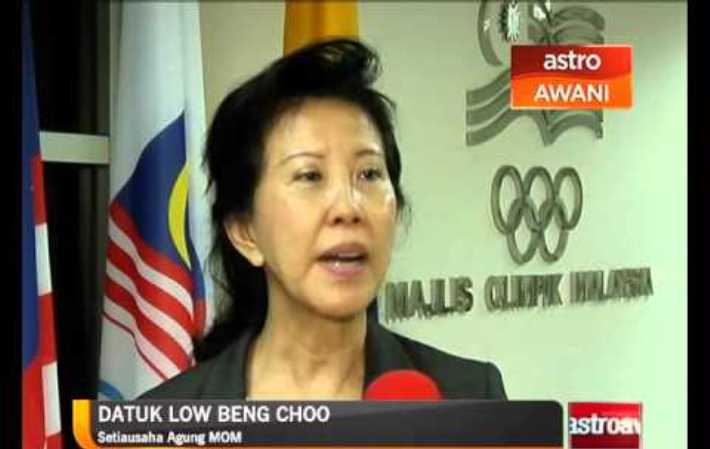 National Sport Associations (NSA) still have a chance to submit an appeal to the Malaysian Olympic Council (OCM) for their sports to be included in the 2017 SEA Games programme hosted by Malaysia.

OCM Honorary Secretary Datuk Low Beng Choo urged the NSA to submit their appeals before the list was officially announced after a SEA Games Federation (SEAGF) meeting on Feb 23 and 34.

However, she said they must have a strong justification as to why the sport should be listed as well as show their development performances to the 2017 Malaysia SEA Games Organising Committee (MASOC).

“All the sports listed are still in the proposal and consideration stage and not finalised. So, they (NSA) can still appeal because the list of sport will only be announced in February.

“After that, there is a final appeal period before the final list is announced. That will be after the last SEA Games Federation meeting with all 11 member nation on July 13 and 14 because according to the regulation, the event list must be announced a year before the actual games,” she told Bernama.

“But the most important thing is that associations must be stable and have good development plans while cost, venue and gold medal prospects would also be studied.

“We must also study which country would most probably benefit if Malaysia failed to win the gold medal since it might affect the overall medal tally and Malaysia’s hopes of winning the overall title,” she added.

According to Beng Choo, the OCM was still looking for the best formula to achieve two targets when hosting the SEA Games for the sixth time which coincides with Malaysia’s 60th independence day celebrations next year.

Malaysia aim to become the best organiser in the history of the games and emerge as the overall champion.

She said to date only 39 of the 55 types of sports had been listed but there was a strong possibility that some sports would be added or dropped.

“As for the inclusion of ice hockey, ice skating and cricket, in the SEA Games programme, the OCM had assisted the associations to be listed at the SGF meeting in Singapore last June. This was because the three associations had shown us that they have good development plans,” said Beng Choo, who is also a lawyer by profession.

The OCM feel, to emerge overall champions in 2017, Malaysia as expected would face stiff competition from Thailand who are the powerhouse while Indonesia who host the 2018 Asian Games and 2019 SEA Games host the Philippines are also a threat.

Singapore, the host of the 2015 SEA Games, had shown tremendous improvement and performances recently and they will be a threat as well, together with Vietnam, a country that has emerged as a serious contender since.

Malaysia’s best achievement in the history of the SEA Games was in 2001 when the national contingent emerged champions after winning 111 gold, 75 silver and 85 bronze medals while in Singapore last year Malaysia finished fourth with 62 gold, 58 silver and 66 bronze medals. – BERNAMA