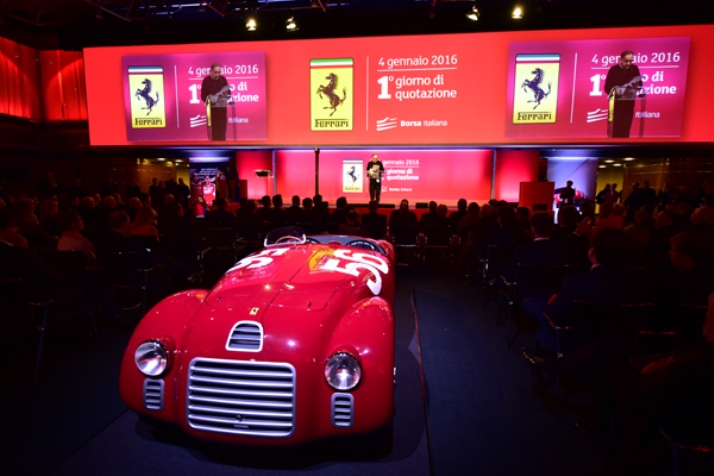 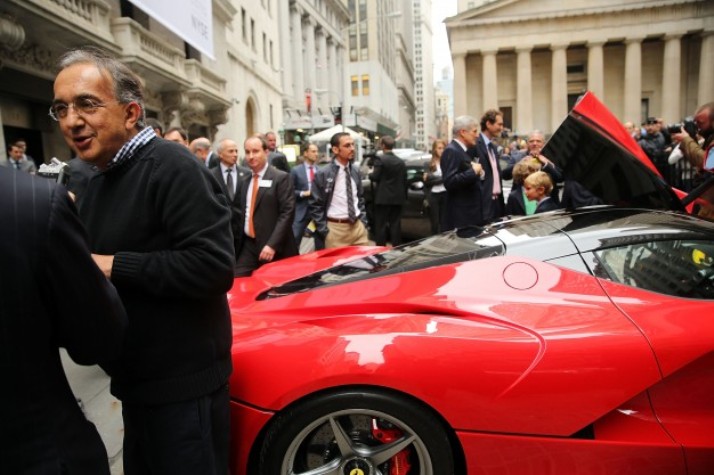 Legendary carmaker Ferrari completed its spinoff from Fiat Chrysler Automobiles with a debut on the Milan stock exchange Monday, its shares opening at 43 euros before slipping in early trading.

Eight gleaming sportscars lined up in front of Milan’s “Midnight Palace” — including the latest F12 Tdf model — and the throaty roar of Ferrari engines could be heard throughout the listing ceremony, attended by Prime Minister Matteo Renzi.

Trading under the RACE ticker saw shares drop to 41.75 euros in a broadly depressed market, before being briefly suspended and then climbing to 42.37 euros.

The share sale came two and a half months after the legendary mark of the prancing horse roared onto Wall Street.

“From the moment we announced the split from FCA, a journey came to an end,” said Ferrari Chairman Sergio Marchionne, referring to the racer’s emergence as an independent company for the first time in 47 years.

“But the truth is that today another big chapter is beginning. This listing marks Ferrari’s independence, which is essential in maintaining its development and potential,” he said, promising customers “ever-more exclusive models”.

Ferrari, known for its high-price sports cars, is the biggest and most glamourous name in Formula One racing and the team’s logo of a black stallion against a red background is instantly recognised by motorsport fans around the world.

Revenues grew seven percent a year between 2005 and 2014, and margins increased strongly over the same period.

The sale aims to raise much-needed cash for Fiat Chrysler, to help it tackle its high debt level.

At the end of June, the carmaker had net debt of $10.8 billion due to a combination of the costs of its Chrysler takeover and ongoing loss making activities in Europe.

Fiat Chrysler plans to invest some $48 billion to expand its total worldwide sales to seven million vehicles per year, largely through the development of its Jeep, Alfa Romeo and Maserati brands. – Agence France-Presse