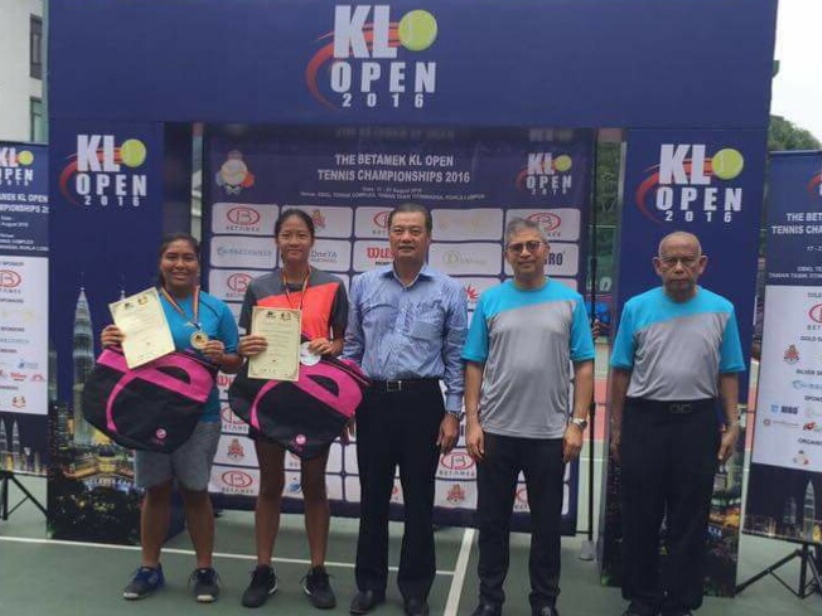 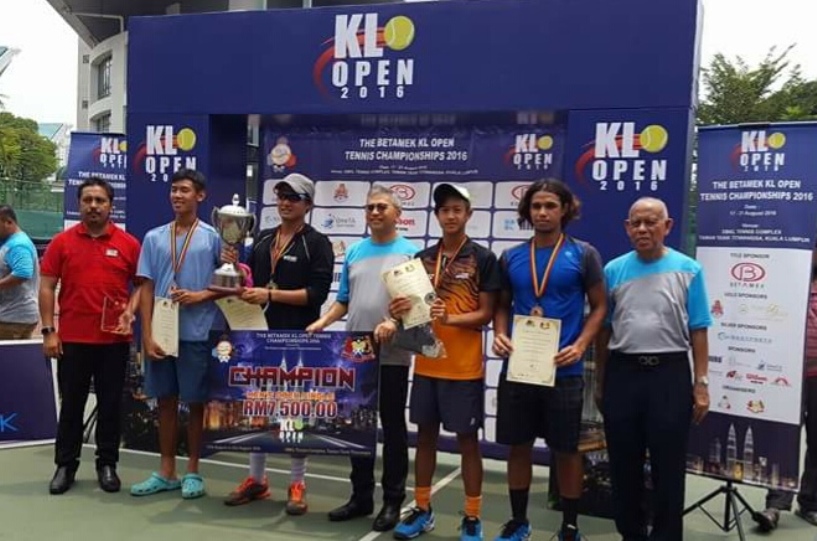 Nurshaneem is the mixed doubles gold medalist in the recent SUKMA Games in Sarawak. Then, she had partnered Christian Chin.

Christian Didier Chin finished as runner-up in the finals in the men’s category. Christian is the youngest player to have ever reached the final.

In the hard fought final, Christian won the first set easily 6-1. In the second set, second-seeded Thai Nuttanon Kadchapanan came back to win 6-3.

The final set was a see saw with Christian locked at 5-5, after leading 5-2 in the tie breaker, then down at 5-6, up at 7-6 but could not get the match point. He lost with 7-9. It was a heart break for Christian and the home crowd.

However he can still walk tall as an unseeded player and at 15-years-old, he still managed to beat all the seeded players up to the final and to lose in a tie breaker 7-9.

STA President Johnson Koh was satisfied with Christian’s  effort and progress. He also expressed satisfaction that Nurshaneem had won the ladies doubles champion.

STA are continuing with the juniors programs.