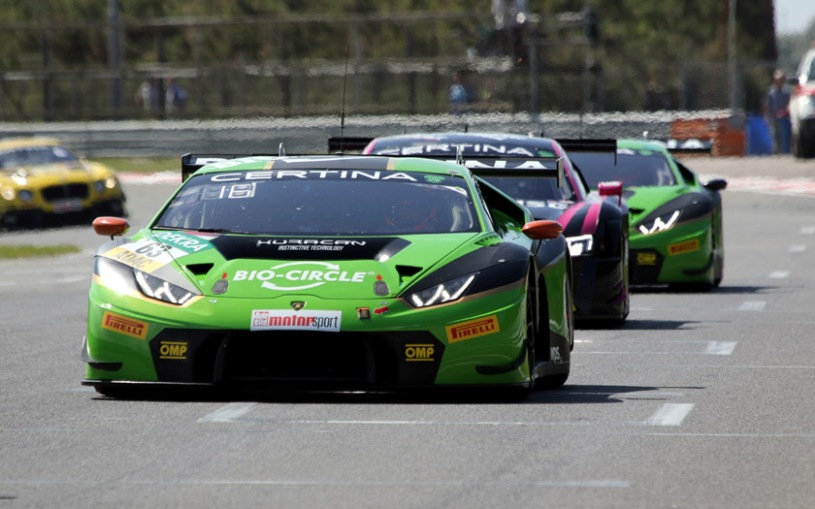 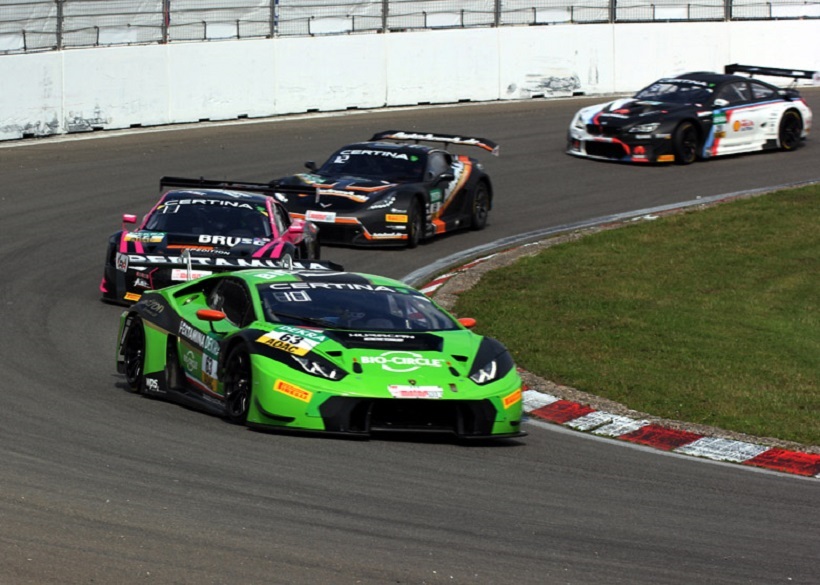 GRT Grasser Racing Team was hit by bad luck at the second to last race weekend of the ADAC-GT-Masters at  Zandvoort/Netherlands.

Due to a mixture of rather controversial penalties and pitstop problems the Austrian squad around team principal Gottfried Grasser had to leave the track without having scored any points for the first time this season.

Things still looked much better when the team had a rather promising start into the weekend on Friday with Christian Engelhart and Rolf Ineichen topping both free practice sessions in their Lamborghini Hurracán GT3 number 63.

“We were really hopeful then, the set-up was perfect, everything seemed to go well”, Ineichen stated when looking back. “But things already turned to the worse on Saturday in Qualifying when P16 was absolutely not what we had expected,” the Swiss driver said.

“The effort of making up some ground during the race was already hampered early by a collision with another competitor and the following extra pitstop “but the worst of all was later receiving a 10-place grid penalty for the Sunday race for the incident”, he was annoyed. “For us this was not understandable at all and we had long discussions with race control, as the collision had happened due to a technical problem, a loss of tyre pressure.”

Due to the penalty P3 after a great qualifying by Christian Engelhart in the rain on Sunday turned into P13 on the grid. And after Engelhart moving up to P10 already during the first lap of the race bad luck hit again. During a sefety-car period rain started to set in and GRT immediately called their two cars to the pits to change tyres.

Actually the right strategy, as proven by the later winning Yaco Racing Audi, “but for us in this pitstop everything that could go wrong went wrong”, as team principal Gottfried Grasser had to admit. “First there was no working space in the suddenly crowded pitlane, then a wheelgun broke. We lost about one minute to the competition with both cars during this stop.” To make things worse during the later regular pitstop also a wheelnut broke, which meant Rolf Ineichen was again in getting back on track and even doing really competitive laptimes a place within the points was out of reach, even without a 30-second penalty towards the end due to “unsafe release,” which dropped the car back to P19.

Luca Stolz, who shared car number 16 with Mirko Bortolotti this time could not be happy about the weekend either. On Saturday after P17 in qualifying P11 in the race was at least not too bad, “it´s a pity that we just missed out on the points there. On Sundays Mirko did a really good job in Qualifying, we started P6 and managed to keep this position, but then the pitstop drama hit us. After that, the race was actually already lost, there is not much you can do in a bit more than half an hour”, he resumed after P14.   Bortolotti had to come to terms with Zandvoort in the beginning, racing there for the first time at all. “

On Saturday we at least managed to gain some places due to a good strategy. On Sunday I did not get a completely clear lap in qualifying, otherwise we could have been even further up front. What happened at the pitstop is really a pity – but fore sure we don´t allow us to be beaten down by something like this.”

Gottfried Grasser apologized to his drivers “who did an excellent job once again and wer not at all to blame for not reaching a better result here at Zandvoort. I also feel sorry for our fans and sponsors, but it was really a weekend where all bad luck that can happen happened indeed. Of course we also have to analyse what we can do from our side to avoid something like this happening again. Nevertheless we are already looking forward to the future, the next race for us in the Blancpain GT Sprint Series at  Hungaroring at Budapest is already coming up next weekend..“