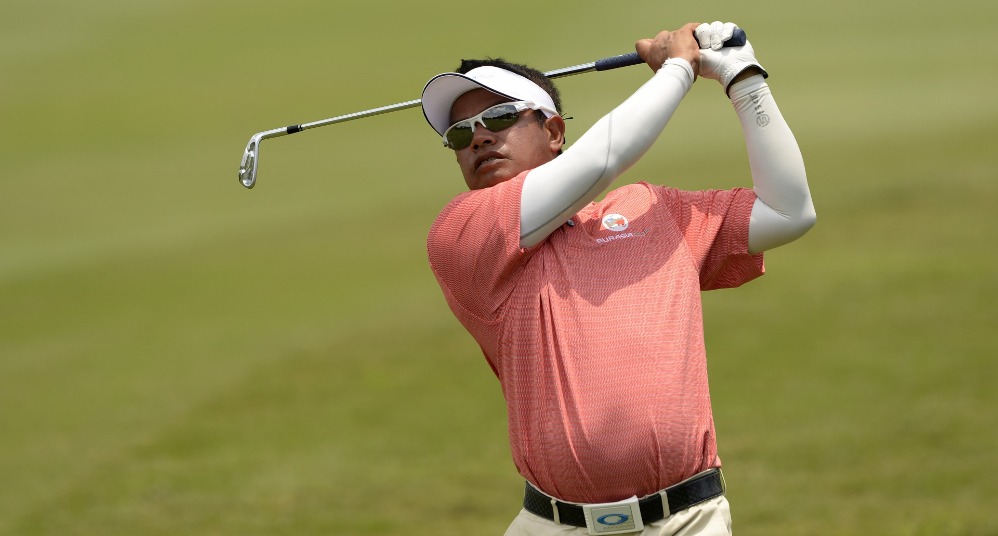 In our latest series of Q&As with stars from the Asian  Tour, Thailand’s Prayad Marksaeng reveals the most memorable achievements of his career, his favourite  movie and food and what he does to chill when he’s not on Tour.

What’s the most memorable moment of your career so far?

It is probably my last season as I won three trophies by the Royal family in Thailand. I won the King’s Cup, Queen’s Cup and Thailand Open which made me very happy.

What do you do to relax when you’re home?

I like to watch TV, especially golf tournaments and also movies.

What’s your favourite club in the bag?

It’s probably my driver or the woods in the bag like my three or five wood. I’m quite confident with those clubs.

I liked the new Captain America 2 – The Winter Soldier.

What did you think of the inaugural EurAsia Cup presented by DRB-HICOM?

The EurAsia Cup presented by DRB-HICOM was a very good setting and I really enjoy the week there as we don’t play matchplay golf much in Asia.

Who is your favourite female golfer?

What’s your favourite food on Tour?

I like any dish which has chicken and also salad.

One sentence to describe the Asian Tour?

The Asian Tour is for Asian golfers to grow and become world-class players. Thai players are all born from the Asian Tour.

Superman. I still watch the Superman movies whenever I’m on Tour.

What are your favourite sports apart from golf?

I like watching football. My favourite team is Manchester United.

What’s better for you? A hole in one or loads of birdies?

Definitely birdies. If you shoot a hole in one, you only gain two shots.

If you cook, what’s the best dish you can make?

I’m quite hopeless in cooking!