Home International Ogier and Latvala ready for the showdown 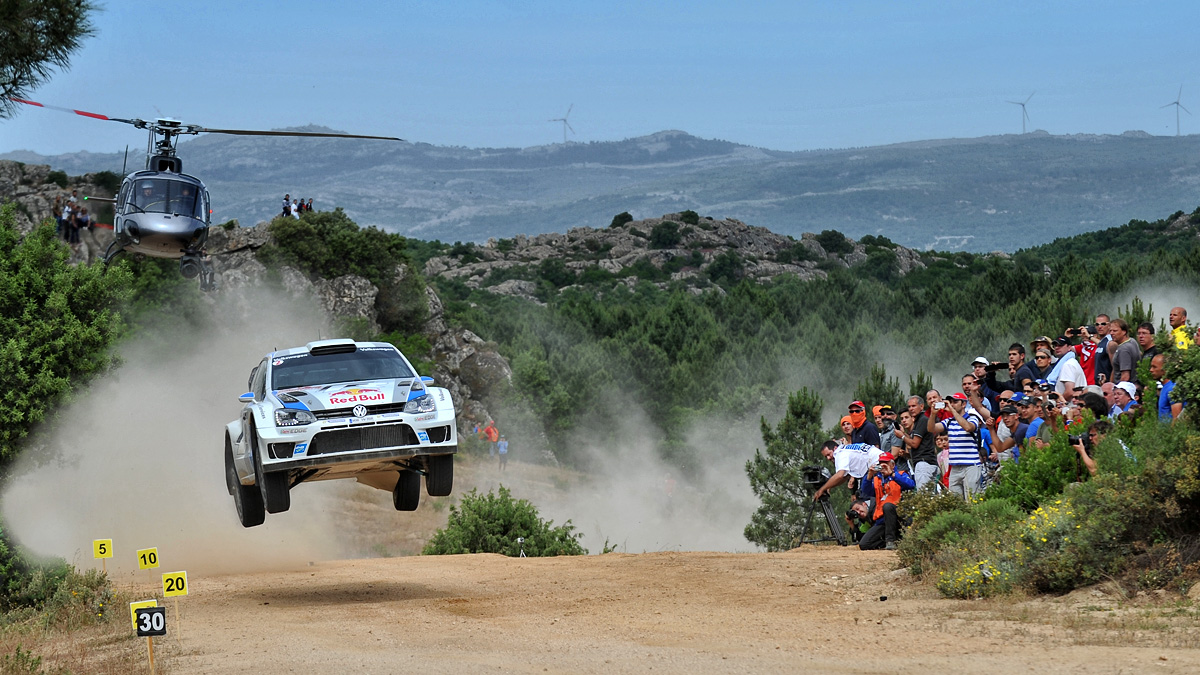 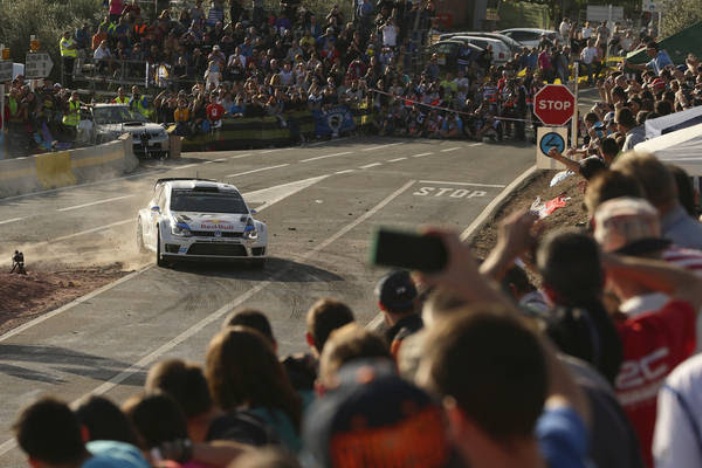 Volkswagen one-two lead going into the final day in Spain

The battle of the drift giants is ready for its grand finale at the Rally Spain. Volkswagen heads into the final 72.06-kilometres of the twelfth race of the FIA World Rally Championship (WRC) with a comfortable one-two lead. Sébastien Ogier/Julien Ingrassia (F/F) in the Polo R WRC defended their lead over their direct rivals for the rally victory and world championship title, Jari-Matti Latvala/Miikka Anttila (FIN/FIN). However, with a score of 1-4 in best times, the duel of the day went to the challengers this time around.

Latvala/Anttila reduced the deficit to their Volkswagen team-mates by 9.3 seconds to 27.3 seconds. This thrilling duel goes into the home straight in more than one sense on Sunday: If Ogier finishes ahead of Latvala, he wins the world championship title before the end of the season. If Latvala edges it, he forces a grande finale at the closing Rally Great Britain in three weeks time.

Andreas Mikkelsen/Ola Fløene (N/N) suffered a setback in the third Polo R WRC. Right in the middle of a thrilling duel for third place in the overall standings with Mikko Hirvonen/Jarmo Lehtinen (FIN/FIN, M-Sport-Ford), they were hindered by tyre damage. In extremely hot conditions this meant that they lost time while they changed the tyre shortly before the end of the longest special stage of the Rally Spain, “Escaladei”, which is exactly 50 kilometres. This cost the duo approximately two minutes and 15 seconds. As a result Mikkelsen/Fløene fell back into seventh place in the overall standings.

Quotes from day 02 at the Rally Spain

Sébastien Ogier, Volkswagen Polo R WRC #1
“Another fantastic day for Julien and me. I’m happy to be on track, the final kilometres on the 50-kilometre stage this afternoon were particularly hard on the tyres. On top of that Jari-Matti pushed strongly, as I expected. But my target was to control the advantage. Which worked perfectly. Now all my focus is on the final day so that we can repeat last year’s dream. We’ll give it our all.”

Jari-Matti Latvala, Volkswagen Polo R WRC #2
“I spent the whole day trying to put pressure on Sébastien Ogier. Which I managed. And that’s all that matters with regard to the world championship. The plan is still to keep the world championship open until the finale. Even if it looks like the current gap is too large to drive for the victory here. But there are another 72 kilometres scheduled for tomorrow and anything can happen before the finish line. The Polo drove fantastically today and I really enjoyed the stage ‘Colldejou’.”

Andreas Mikkelsen, Volkswagen Polo R WRC #9
“Today wasn’t my day. On the special stages this morning I battled with Mikko Hirvonen for third place from afar, but had to battle with a lot of understeering. On the 50-kilometre stage I spun just before the end because I attacked too much – my mistake. On top of that I suffered tyre damage on the same special stage in the afternoon. First came the vibrations, then the puncture. We had to change the wheel on the special stage and lost more than two minutes. It was bad luck, however we’ll try to enjoy the driving as much as possible for the rest of the rally and get used to the stages for next year.”

Jost Capito, director of Volkswagen Motorsport
“Today we saw once again why the Ogier versus Latvala battle has kept us on tenterhooks for the whole season. Sébastien got one best time today, Jari-Matti got four. Together they were in a league of their own. Sébastien is driving cleverly and controlling his advantage over Jari-Matti. On the other hand, Jari-Matti kept piling on the pressure, hasn’t given up and has gifted us all a thrilling rally Sunday tomorrow. One small mistake by Sébastien and Jari-Matti is back in business. Neither of them will ease off. Unfortunately Andreas Mikkelsen was a bit unlucky today with his tyre damage. He was about to attack third place in the overall standings and was only a few seconds behind in fourth place. Even though today didn’t go to plan for him, you can’t fault his driving skills.”

… numbers, numbers, numbers. Jari-Matti Latvala’s best time on the first special stage on the rally Saturday in Spain was his 100th in the Polo R WRC. Andreas Mikkelsen’s closing best time together with Latvala’s second place and Sébastien Ogier coming third was the 50th one-two-three victory on special stages for the World Rally Cars from Wolfsburg. In 2014, Volkswagen have already won 175 special stages out of 222 since the season started with the Rally Monte Carlo at the beginning of January. They have won a total of 323 best times in 459 attempts.