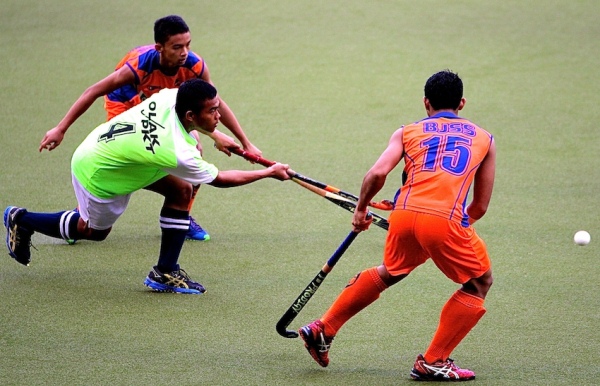 OLD LA SALLIANS ASSOCIATION OF KLANG (Olak-PKT) came back from the dead to hold Bukit Jalil Sports School to a 1-1 draw in the playoffs for the Milo Cup at the National Hockey Stadium in Bukit Jalil.

The draw gave them a reason to celebrate on two fronts – gaining promotion to Division One for next season and also making it into the quarterfinal draw for the overall championships next week.

Olak have been out in the cold in Division Two since 2009, and after beating Nur Insafi 4-1 on Thursday in Group X, they will play a waiting game to see if they also qualify for the final of the Division Two playoffs.

For BJSS play Nur Insafi and the sports school need to beat Nur Insafi by four clear goals to play against the champions of the Group Y playoffs.

“We lacked maturity level to hold onto the early lead, and will have to play much better than today if we want to play in the finals of the playoffs. We also need to beat Nur Insafi so that we can advance to the Division One next year,’ said BJSS coach S. Prakash.

Six teams from Division Two were divided into Group X and Y, and the champions in the round robin qualify for the final on Sunday, while the runners-up too advance into the Milo Cup quarter-finals, and also gain promotion to Division One next year.

The win not only gave the Johor Baru based side a place in next season’s Division One but also assured MS Pahang a promotion as they had defeated Bakat MSS Kelantan 3-2 the previous day.

Politeknik KPM will take on MS Pahang in their final Group Y match tomorrow, needing only a draw to take top spot in the group and qualify for the final on Sunday.