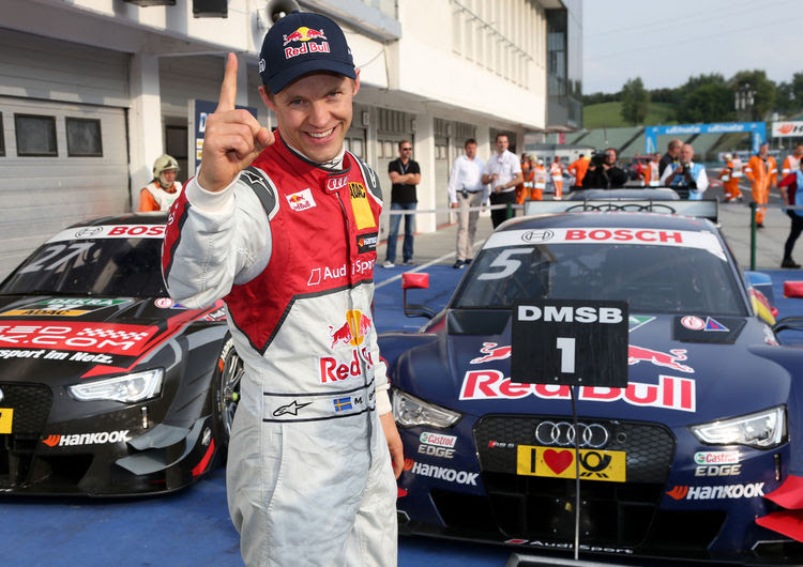 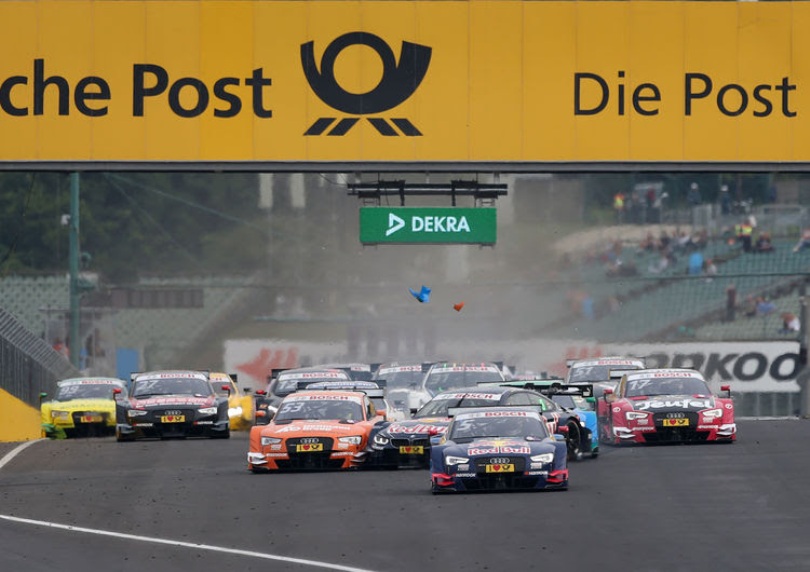 Lead in the manufacturers’ and teams’ standings extended

Edoardo Mortara and Jamie Green without points after starting accident

Only two contenders left: In the grand finale of the DTM at the Hockenheimring on October 15/16, Marco Wittmann (BMW) and Edoardo Mortara (Audi) will be battling for the drivers’ title. In the manufacturers’ and the teams’ standings, Audi is leading before the last two races.

However, the joy within the Audi squad was marred by the fact that the two Audi drivers with the best points score went home without points following a starting accident.

In a thrilling qualifying session, Edoardo Mortara in the Castrol EDGE Audi RS 5 DTM, like the day before, had again secured pole position. His teammate Mattias Ekström relegated leader of the standings Marco Wittmann in the BMW to the second row by a thousandth of a second.

While Mattias Ekström managed a perfect start, the three drivers with the best points score overall collided with each other even before turn one. Marco Wittmann was fortunate and able to finish the race in fourth place. Jamie Green on the other hand retired with a damaged left front suspension and now no longer has any title chances.

Edoardo Mortara caught a puncture in the controversial collision and, in position 21, remained without points as well. The Audi driver will now enter the finale with a deficit of 26 points.

“I didn’t have a good start. Subsequently, I was sandwiched between Wittmann and Green. One of the rims broke in the process and I had to take a few more hits on lap one,” said Mortara. “That’s very disappointing because we could have won again today.”

“It was a real shame,” Dieter Gass, Head of DTM at Audi Sport, agreed. “It’s extremely frustrating not to be able to feel really happy in spite of a one-two result. Today, we could definitely have achieved more. We had fast cars. That was obvious also with Mattias (Ekström) and Adrien (Tambay). The situation at the start was extremely unfortunate. You can’t really blame anyone either. Edo (Mortara) had a little too much wheel spin. That’s what set off this unfortunate chain of events. That, of all people, it resulted in our two drivers with the best points score being taken out of the race is frustrating.”

Miguel Molina and Nico Müller (Playboy Audi RS 5 DTM) became victims of the starting tussle as well. Mattias Ekström and Adrien Tambay on the other hand benefited in a major way.

“I had a good start and a clean turn one,” Mattias Ekström said following the 22nd victory in his DTM career and first success this season. “Afterwards, I was a little surprised that Edo (Mortara) was losing speed. I didn’t know he had a puncture. He let me pass in turn three. After that, it was a boring race for me in a fantastic car. It was my goal to end my DTM season with a good result – that it even turned out to be a victory is fantastic.”

Adrien Tambay in the commotion on lap one immediately made up eight positions and was equally happy about second place with which the Frenchman equalized his best DTM result to date. “I haven’t been on podium in two years, so it was high time.”