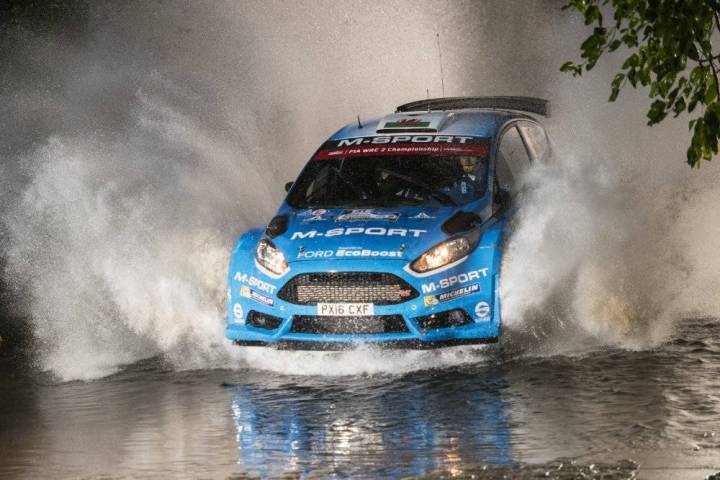 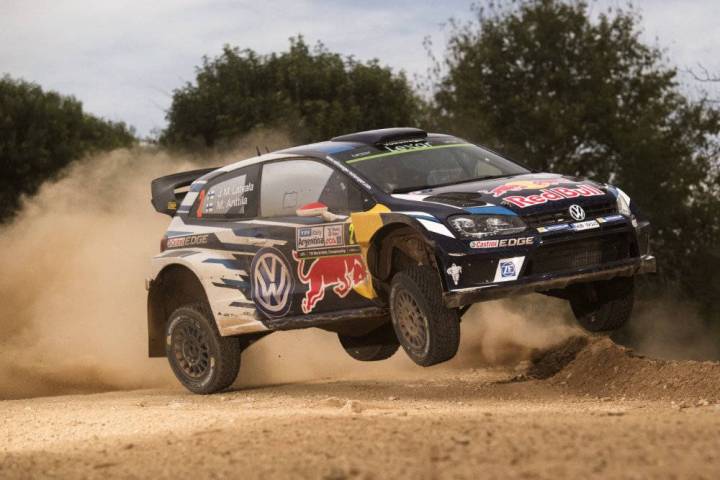 Hayden Paddon is on course for his maiden WRC victory after Jari-Matti Latvala rolled out of the lead of YPF Rally Argentina on Saturday afternoon.

Paddon, seeking to become the first New Zealander to win a WRC round, ended the penultimate leg of the four-day event with a 29.8sec advantage over championship leader Sébastien Ogier. Less than 60km of gravel speed tests remain tomorrow.

Latvala seemed to have withstood a determined charge from Paddon this morning to enter the penultimate special stage with a 14.5sec advantage in his Volkswagen Polo R. The Finn was almost seven seconds quicker midway through when he crashed heavily and retired.

Paddon started today in third and slashed Latvala’s lead to 6.7sec after winning the day’s first two stages in his Hyundai i20, before Latvala responded with two wins of his own to open the biggest margin of the weekend.

“There’s still a long way to go with very tough stages,” said Paddon. “We have to stay calm because a 30sec lead over a world champion isn’t a whole lot. I haven’t been comfortable this afternoon. Performance wise there’s room for improvement but my consistency is good.”

“I was in a very fast section where there was a bit of bedrock on the road, and when we went over the bedrock suddenly the front-right top-mount broke and the damper came through the bonnet.  At that moment I couldn’t steer the car any more, we went into a bank and we rolled,” he said.

Road opener Ogier became frustrated at sweeping the surface gravel in his Polo R. Less than eight seconds off the lead last night, he fell back in the drying conditions as temperatures touched 25°C and was more than 45sec adrift of Latvala before the face of the event changed.

Andreas Mikkelsen’s cautious approach paid off as the Norwegian climbed to third in another Polo R, 14.5sec behind Ogier and 17.7sec clear of Spain’s Dani Sordo. Mads Østberg was a distant fifth while Argentina’s Marcos Ligato climbed from ninth to sixth on his debut in a DS 3.

Sunday’s final leg is based in one of the WRC’s iconic locations, three stages in the rock-strewn roads of the Traslasierra mountains sure to provide a tough test. Two passes of El Condor – Copina sandwich the longer Mina Clavero – Giulio Cesare, with bonus points to the fastest three drivers in the final live TV Power Stage.

It adds up to 55.28km of action and with the sunshine due to give way to rain and much cooler temperatures, the final day could yet spring surprises.