Home Football Paulo Rangel out in the cold 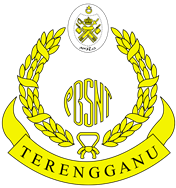 It was a costly kick and a costly push by Terengganu’s Brazilian striker Paulo Rangel on May 16 during his team’s return-leg FA Cup semi-final match against Lions XII at the Sultan Mizan Zainal Abidin Stadium in Gong Badak, Kuala Terengganu.

Rangel, playing in his first season with the Turtles after stints with Perak and Selangor, paid a high price for his misbehaviour on the field and was found guilty of kicking the ball at the assistant referee and later pushing referee Amirul Izwan Yaacob in a hotly contested match.

Singapore outfit Lions XII advanced to the final against Kelantan on away goals after Terengganu won the return-leg 3-2 which left both teams tied 4-4 on aggregate.

The FA of Malaysia (FAM) disciplinary board handed Rangel a three-month suspension which is effective from from June 20 and will end on Sept 19 – which effectively spells the end of his Super League career with Terengganu. The Super League competition ends on Aug  22.

After failing to qualify for the FA Cup final, Terengganu fans went on a rampage and set an ambuland on fire apart from damaging the stadium and several other vehicles, including the bus which ferried the Lions XII players. Singapore players were virtually locked up inside the dressing room until 3am before they were escorted to their hotel.

The Terengganu FA was also slapped a hefty RM87,500 fine for the fracas and play their Super League match against Johor Darul Takzim (JDT) on Saturday in an empty stadium.

Terengganu are also without their Argentine playmaker Gustavo Lopez for the match. He is also serving a suspension for two yellow card offences.

Terengganu are seventh in the league standings with 14 points after 10 matches – winning four, two draws and four defeats. JDT, who have a poor away record are third with 18 points from the same number of matches.