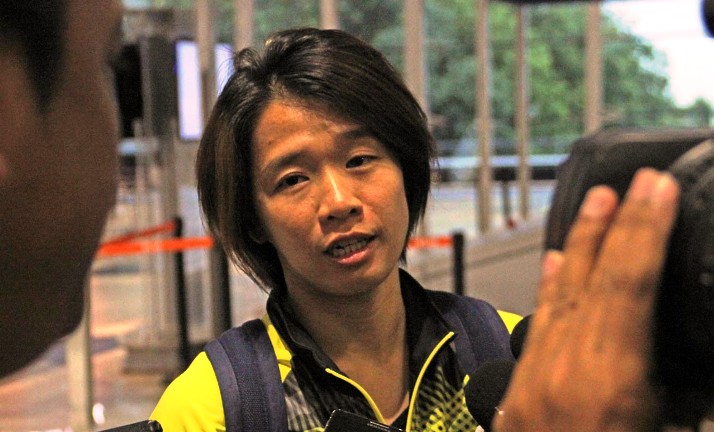 National women’s doubles coach Wong Pei Tty has called on her players to inject more grit into their game if they want to put up a better showing at the Uber Cup Finals in Bangkok, Thailand on 20-27 May.

After some strong performances in the group stage, the Malaysian women were battered to a 3-0 defeat to South Korea in the quarter-finals of the E-Plus Badminton Asia Team Championships this morning.

But in spite of the loss in the quarter-finals, Malaysia still made the cut for the Uber Cup Finals due to their world rankings (ninth).

“Comparing to the top nations such as Japan and South Korea, our team has not reach their level yet but nothing is impossible,” said Pei Tty.

“If you have the spirit and commitment, anything can happen. Miracles do happen. As long as they don’t over respect their opponents then I believe they can do it.

“They will need to keep believing that they can overtake leads and upset their opponents. That’s the spirit we need.”

Pei Tty admitted that she was impressed with the replacements – Yea Ching and Jing Yi – for Woon Khe Wei and Lee Meng Yean respectively.

According to Pei Tty, the players have been notified that the spots for the Uber Cup Finals are up for grabs to those who perform well along the way.

“We do have plans to test out different combination of players  Players such as Yea Ching have done very well and she has the potential to be one of our top players despite her inexperience in a team event.

“Jing Yi still has a lot to learn. She still has the ideas of a singles player but she is improving as a doubles player. She has the ability but tactically she isn’t quite there yet.

“Overall, we are prepared and there are replacements available to back the team up. I believe we will have our full squad before May,” added Pei Tty. – BY ALVIN OH