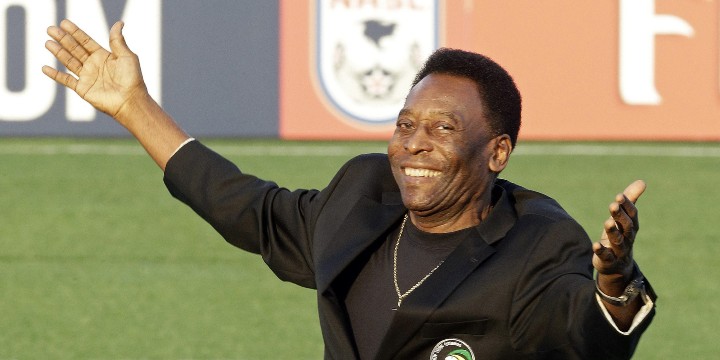 Tite, 55, was named Wednesday after ex-coach Dunga was fired for Brazil’s humiliating group-stage exit from the Copa America Centenario tournament.

Pele was succinct in his assessment of the new coach on Thursday.

He defended the outgoing coach.

“Dunga is not at all to blame because he did not have time to put together a team,” he said.

“The team lost. That happens in football.”

He has coached a string of top clubs in Brazil, including Gremio, Atletico Mineiro and Palmeiras, as well as Al Ain and Al Wahda in the United Arab Emirates.

Brazil is battling to find its form in time for August when it hosts the Olympics, where it has never won football gold.

The Brazilian Football Confederation named under-20s coach Micale to take over the team temporarily for the Olympics.

Tite will then take the reins, tasked with saving Brazil’s qualifying campaign for the 2018 World Cup.

Pele spoke to reporters after a ceremony at his Pele Museum in the southeastern city of Santos.