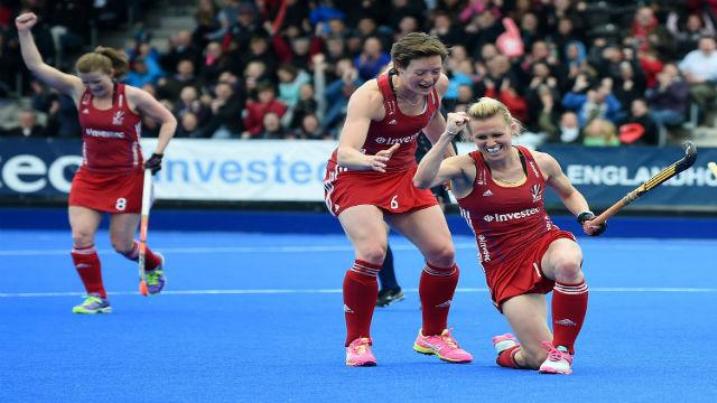 With the men’s Hero Hockey Champions Trophy reaching its climax at the Lee Valley Hockey and Tennis Centre in London this Friday, the build-up to the women’s Hockey Champions Trophy 2016 is well and truly underway.
The London 2012 Olympic legacy facility is currently playing host to the last major international hockey competitions before the 2016 Olympic Games in Rio de Janeiro, Brazil, and with all six of the competing teams in the women’s Hockey Champions Trophy having qualified for the upcoming Olympiad, you can be sure that every single match will be fiercely contested.
The women’s Hockey Champions Trophy 2016, which takes place from 18-26 June, will see reigning World and Olympic champions Netherlands (FIH Hero World Ranking: 1) taking on Champions Trophy title holders and 2015 World League champions Argentina (WR: 2), Oceania champions Australia (WR: 3), New Zealand’s brilliant Black Sticks (WR: 4), host nation Great Britain (WR: 6) and Pan American champions USA (WR: 7).
The action gets underway on Saturday at 1200 (UTC/GMT +1) with USA and Australia both looking to get their competition off to the perfect start. Australia are considered to be one of the favourites and have a proud history in the Champions Trophy having won the event on six previous occasions. With the likes of inspirational team captain Madonna Blyth and prolific goalscorer Jodie Kenny, the Hockeyroos could take some stopping here in London.

USA – lead by defender Lauren Crandall – are a top class side that earned their place against the “best of the best” by winning the 2014 Champions Challenge event.

The second match of the day promises to be a thriller, with reigning champions Argentina taking on host nation Great Britain at 14:00. Following England’s gold medal success at last year’s Unibet EuroHockey Championships, many players within the GB squad – including team captain Kate Richardson-Walsh, shot-stopper Maddie Hinch and 2015 FIH Young Player of the Year Lily Owsley – have recent experience of winning a major title at this venue and will take that confidence into this event.

However, Las Leonas are not ranked second in the FIH Hero World Rankings for nothing, and in Carla Rebecchi and 2014 FIH Young Player of the Year Florencia Habif, they have two of the most outstanding talents in the game.

The final game of day one sees a match-up between two sides renowned for their attacking prowess, with reigning World and Olympic champions the Netherlands taking on New Zealand’s Black Sticks at 16:00.

The Netherlands, coached by legendary Australian player Alyson Annan, are the top ranked side in the world and have set their sights on reclaiming the title that they last won in 2011, an event played on home soil in Amstelveen.

The Black Sticks are also packed full of talent, with Anita McLaren (formerly Punt) and Gemma Flynn providing speed and goals while Kayla Whitelock – who has made a sparkling return to international hockey since the birth of her daughter Addison last year – remains a hugely influential figure.

The round-robin games of the women’s Hockey Champions Trophy 2016 will conclude on Saturday 25 June, with the classification matches and showpiece final taking place on Sunday 26 June.
The men’s Hero Hockey Champions Trophy 2016 has been packed full of outstanding action as well as huge broadcast innovations, with host broadcaster BT Sport fully embracing the FIH’s Hockey Revolution Strategy and its mission statement to make ‘hockey a global game that inspires the next generation’.
“The hosting of innovative and exciting entertainment events is a key goal in FIH’s Hockey Revolution strategy, which is designed to raise the global status and popularity of hockey in a bid to reach our ambition”, said FIH President Leandro Negre. “With exceptional action on the field and fan-focussed entertainment all around the venue, a very special time awaits the thousands of fans attending the events in London.”
Tickets for the Hockey Champions Trophy 2016 events are still available and can be purchased by clicking here