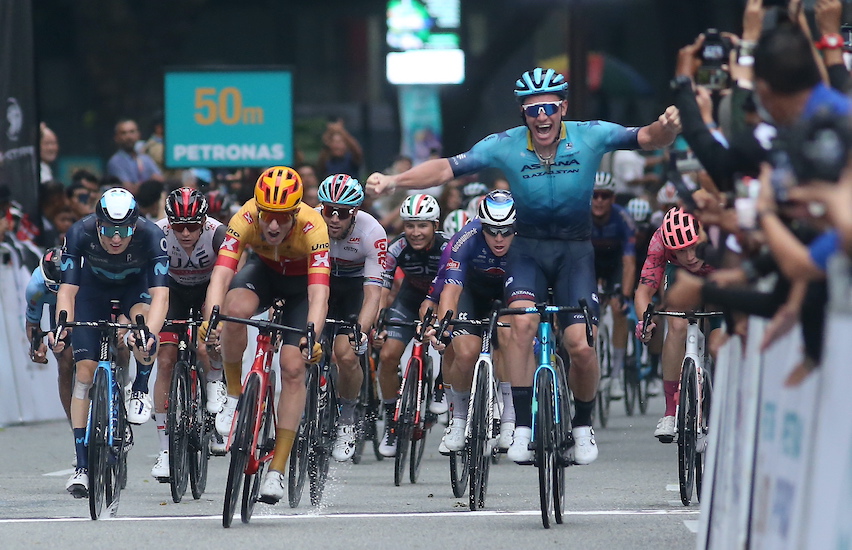 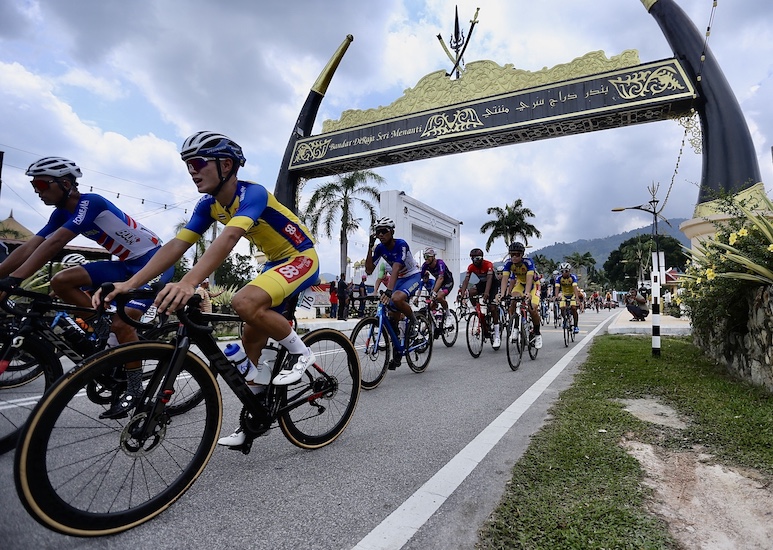 The lanky 22-year-old Syritsa, formerly with Lokosphinx and recently roped in as a trainee with Astana in August, took the PETRONAS yellow jersey following his first major win, dashing home in 3hr.43.43 in a wet race which also saw Uni-X Pro Cycling Team’s Erland Blikra taking the second spot.

Movistar’s new signing, Max Kanter, currently UCI-world ranked 132nd and among the frontrunners to challenge the sprints classification, came in third in the 157.3km stage which ended in front of Petronas Twin Tower.

It was Syritsa’s maiden victory in the Pro Series race since clinching a few second-place finishings, including in this year’s Arctic Race of Norway and Tour of Slovekia, which also saw him finishing 5th in the overall sprints.

Former LTdL champions Reinardt van Rensburg (Lotto-Soudal) and 2017 winner Ryan Gibbons (UAE Team Emirates), both of South Africa, were also in the top 10 slots in today’s with a 6th and 7th placings respectively.

TSG’s Jambaljamts Sainbayar had a good day, riding aggressively to clinch both the second and third KOM climbs, and eventually was rewarded with KBS Best Asian Jersey as well as the PROTON King of Mountains jersey with 15 points.

Former overall KOM winner Muhammad Nur Aiman, who won the red jersey with Team Sapura Cycling in 2020, was also in excellent form to finish second in the KOM standings with 11 points.

“Words cannot describe my feelings as it was my first major win in a Pro series race. It was good to start off the race with a win and I thank my team for supporting and preparing me for the final sprint as we head into the final 5 kilometres today,” said Syritsa.

Meanwhile, Sainbayar, who heads the Asian and KOM standings, was happy to help put TSG in a good position for the upcoming stages, which include the gruelling climb up to Genting Highlands on Thursday.

“We’ve set our goal to win the KOM crown again this year and try to win as many intermediate sprints as possible. With today’s results, we’ll also focus on strengthening our positions in the general classification in the next few stages,” said Sainbayar.