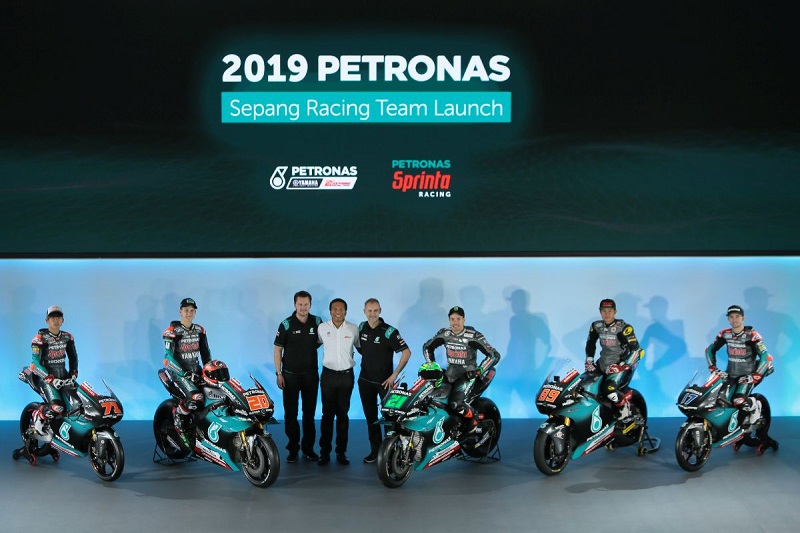 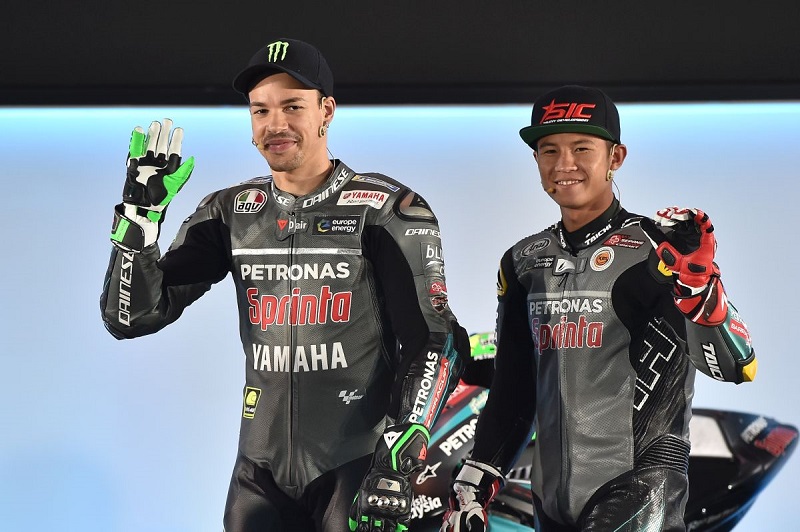 The first ever Malaysian team in MotoGP, PETRONAS Yamaha Sepang Racing Team, and the PETRONAS Sprinta Racing line-ups for Moto2 and Moto3, were officially presented today at the PETRONAS Twin Towers (Malaysia), with high hopes for a promising 2019 MotoGP season.

The PETRONAS Sepang Racing Team this afternoon presented their ambitious project for 2019 at the PETRONAS Twin Towers, unveiling the stunning new colour scheme that will adorn the team’s five riders and their machines across the three categories of the MotoGP World Championship this year.

This special occasion also served as a statement of intent from the team, who for the first time ever in Southeast Asia will have a presence in all three categories of Grand Prix motorcycle racing – MotoGP, Moto2 and Moto3.

Indeed, it was an unforgettable day for the whole of the PETRONAS Sepang Racing Team and the country in general – demonstrated by the presence of some of Malaysia’s dignitaries – as well as the many partners who have made this dream a reality. 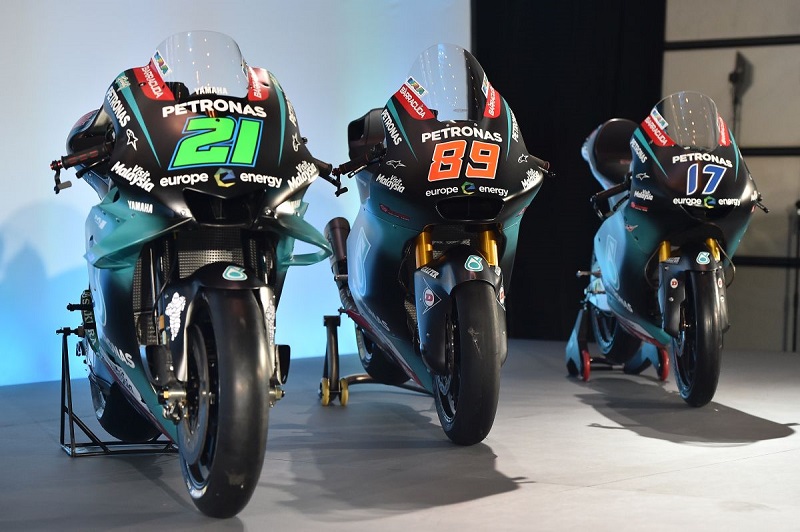 The headline news of the event was the official unveiling of the PETRONAS Yamaha Sepang Racing Team line-up in MotoGP, which will feature 2018 Rookie of the Year Franco Morbidelli and the man who will look to relieve him of the title, Fabio Quartararo, who makes the step up from Moto2.

The team will be Yamaha’s only satellite representation on the grid, receiving top level material and factory support thanks to the magnificent working relationship between the team and Yamaha Motor Co. Ltd.

In the intermediate category, the PETRONAS Sprinta Racing outfit heads into its second season with a new face on board – Malaysia’s two-time Grand Prix winner Khairul Idham Pawi.

Meanwhile in Moto3, Ayumu Sasaki welcomes a new team-mate in John McPhee, forming a new pairing ready to fight for the positions of honour at the front of the pack.

The first track appearance for the new-look PETRONAS Yamaha Sepang Racing Team will take place from 6th – 8th February at the first Official MotoGP Test of 2019 in the Sepang International Circuit.

Later, from the 11th-13th February, the PETRONAS Sprinta Racing Moto2 and Moto3 teams will take part in a private test at the same track.