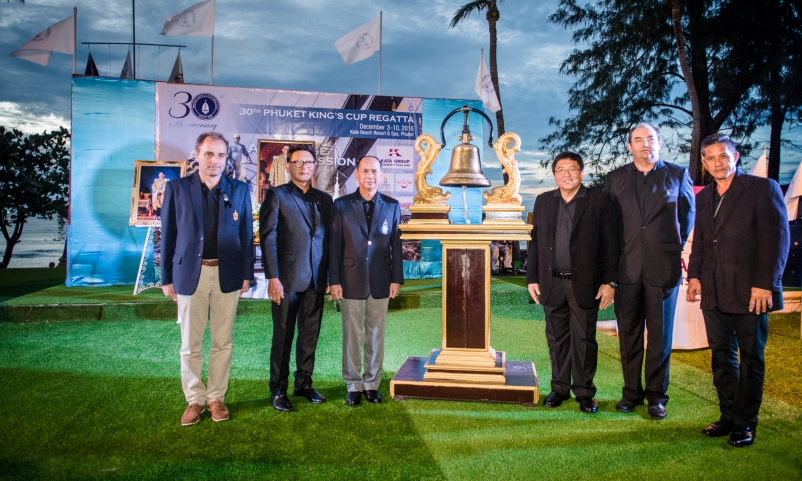 The Phuket King’s Cup Regatta Under Royal Patronage, one of the most prestigious international sporting events in Asia, formally opens its 30th Anniversary at Kata Beach Resort and Spa, Phuket, Thailand, from 3-10 December, 2016, under theme of ‘Heritage of Passion’.

The 2016 event competitive classes include Keelboats and Multihulls and International Dinghy Classes. All participants, local and international sailors and organizers join in 89 seconds of silence to mourn the passing of HM the late King Bhumibol Adulyadej at the opening event.

There will also be the “Sail Pass” ceremony off Kata Bay, in honor of His Majesty King Maha Vajiralongkorn Bodindradebayavarangkun.

Kevin Whitcraft, President of the Phuket King’s Cup Regatta Organizing Committee, said “The Phuket King’s Cup Regatta has been the pinnacle of international regattas in Asia. For this special year, the regatta is organized in memory of His Majesty the late King Bhumibol Adulyadej and in honor of His Majesty King Maha Vajiralongkorn Bodindradebayavarangkun.”

The Phuket King’s Cup Regatta has helped to position Thailand as one of the world’s premier and most popular centers of the International yachting destination. The regatta is again expected to drive global awareness of Thailand as a yachting destination and help its yachting industry continue to grow, contributing in no uncertain manner both directly and indirectly to the local economy.

We are delighted to see more than 200 international boats and yachts, as well as over 1,000 sailors, including Thai national team members and participants from over 30 countries. Local residents and business operators gladly welcome the event because of the economic boost which is expected to generate more than 300 Million Baht over the week. This has a positive effect on Phuket and the brand of Phuket among travelers, as it has evolved to become ‘The World Class Yachting Festival.”

Within the Regatta, the committee has installed the Phuket Dinghy Series which has inspired youths in Southern Thailand from many sailing clubs in Phuket, Phang Nga, Songkhla, to take up sailing since its introduction in 2010. There is great motivation especially among young sailors here for competing at world championships; this can be attributed to His Majesty the Late King Bhumibol Adulyadejwho was the legendary royal sailor.” 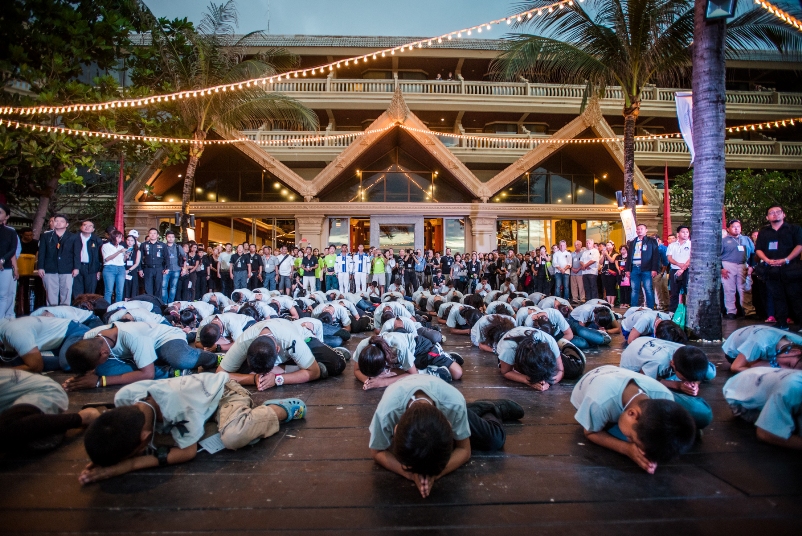 For the youth sailing races, the 30th anniversary continues a dedicated International Dinghy Class. The inclusion of dinghies has played a part in the development of youth sailing in Thailand, encouraging more young sailors to take up the sport. Classes are divided into Optimist (Boys), Optimist (Girls), Laser Radial, Laser Standard, Laser 4.7, and 420.

Victorious Thai sailors from the Phuket Dinghy Series, which took place from July to November, will receive Royal trophies together with other winners at the royal prize giving ceremony. Classes are divided into Optimist Boy, Optimist Girl and Laser.

Kevin said, “This year we will see our new wave of young Thai sailors compete in International Dinghy Class; Bam Kamolwan Chanyim and Keerati Bualong, the first Thai Laser sailors who join the Olympics in Rio. We also welcome 39 youth sailors who qualify at the first session to SEA GAMES 2017.”

Radab Kanjanavanit, committee member and Thai sailor, said, “The Phuket King’s Cup Regatta trophy itself is special in many ways. Designed by architect and entrepreneur ML Tridhosyuth Devakul, the trophy was royally bestowed upon the regatta. HM the late King Bhumibol Adulyadej is the ninth King of the Chakri Dynasty, and a skilled sailor and boating enthusiast.

Sailing and the number nine is a theme that runs throughout the trophy design.  There are nine beautiful sails coming out from the central silver column, which sit upon a base representing the sea. From its narrowest point, the base expands in width upwards towards the sails. There are in total nine bezels of growing width underneath the nine sails.”

Atop the vertical column sits the symbol of His Majesty the late King Bhumibol Adulyadej, known in Thai as Depicting the Royal Cypher. The emblem features His Majesty the late King Bhumibol Adulyadej’s initials above which is the Thai symbol for the number nine, signifying the ninth King of the dynasty; and, at the very top is the royal crown. The silver trophy sits on a column of Maka wood, adorned with the name of the regatta, the Phuket King’s Cup Regatta.

The 2016 regatta returns once again to its modern spiritual home, Kata Beach Resort & Spa. The resort has hosted nearly 20 consecutive regattas. As well as being the Principal Host Sponsor, Kata Beach Resort & Spa is the main hub and operations center for race control, officiating and dispute resolution areas, the media center, as well as hosting the opening and closing parties and ceremonies.