Home News Others Pirelli announced as Main Sponsor for MotorLand, Misano and Lausitzring 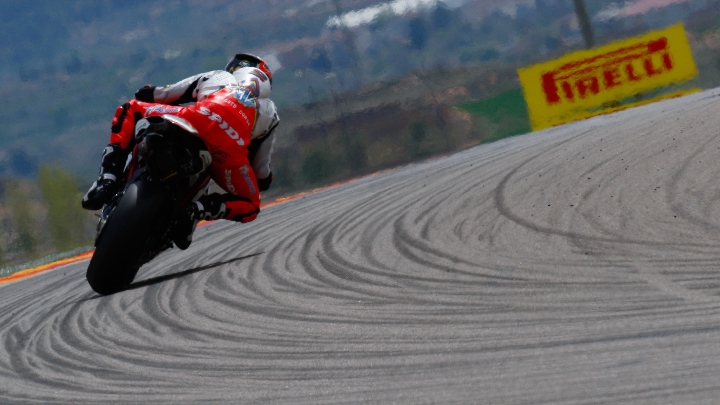 Dorna WSBK Organisation is pleased to announce that Championship tyre supplier Pirelli will increase their involvement in the MOTUL FIM Superbike World Championship even further by becoming the Event Main Sponsor of the WorldSBK rounds at MotorLand Aragón, at the Lausitzring in Germany and on the Riviera di Rimini at Misano World Circuit in Italy.

The Rounds are set to take place in April, June and September respectively, and will consequently be named the Pirelli Aragón Round, the Pirelli Riviera di Rimini Round and the Pirelli German Round.

Iconic Italian tyre manufacturer Pirelli has been the sole tyre supplier to WorldSBK since 2004, providing the Championship with world-class equipment with which to stage some of the most spectacular two-wheeled racing on Earth.

This further commercial commitment ensures the Italian brand unrivalled exposure in the motorcycle world, cementing its place as an intrinsic part of WorldSBK and making the Pirelli Aragón Round the perfect opportunity to launch the new supersport tyre, the DIABLO™ ROSSO III.

“For Pirelli the MOTUL FIM Superbike World Championship is a really important platform to develop our range of tyres, which are all available on the market, as well as to increase our brand awareness all over the world,” said Giorgio Barbier, Pirelli Moto Racing Director.

“The Championship has also been offering us the opportunity to communicate about our products and our philosophy in Asia and in America, which are markets with huge potential in terms of business. At the same time, as Event Main Sponsor of three European rounds, we want to strengthen our position in Europe which is, up until now, the most important market for us. To be able to exploit our involvement by using the Championship to organize some track days for the riders who love the Pirelli brand, and for the International Media Launch of our new Supersport tyre DIABLO ROSSO™ III, is another important plus.”

“Furthering their commitment to WorldSBK by becoming Event Main Sponsor of three rounds is fantastic news for the Championship,” added Marc Saurina, WorldSBK Commercial and Marketing Director. “Pirelli are a great example of how to make the most of our global sport and launching the new supersport tyre, the DIABLO™ ROSSO III, at the Pirelli Aragón Round is a perfect opportunity to get the most from being the Event Main Sponsor.”

The Pirelli Aragón Round is the first of the 2016 season to bear the Pirelli name and is set to get underway at MotorLand Aragón on the 1st of April, where bikes will be back on track for another stunning contest after an incredible weekend of racing in Buriram, Thailand.

The Pirelli Riviera di Rimini Round will be held on the 17th-19th June, with the Pirelli German Round then set to take place at the Lausitzring on the 16th to 18th of September.