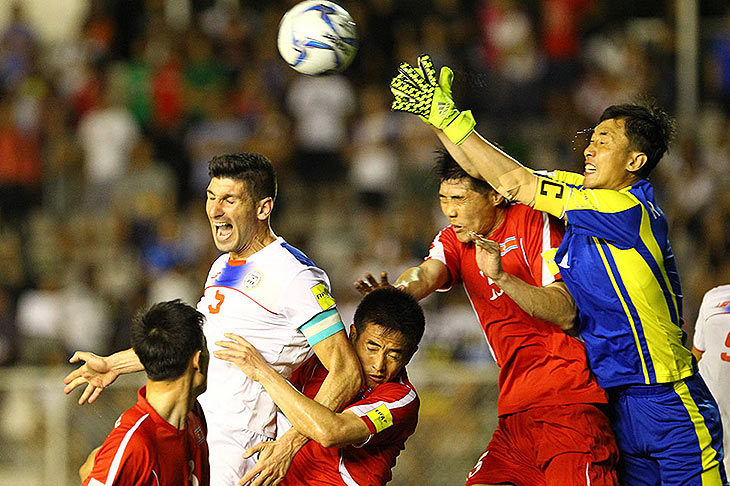 The 27 teams that did not make cut for the third round of qualifiers for Russia 2018 learned their position on the qualification road for the next edition of Asia’s flagship tournament following the conclusion of Round 2 of the 2018 FIFA World Cup/2019 AFC Asian Cup joint-qualifiers on Tuesday.

DPR Korea’s 3-2 loss to the Philippines and Jordan’s 5-1 hammering at the hands of Asian champions Australia saw the duo finish one point behind China in the rankings for the four best second-placed teams, with the 2004 AFC Asian Cup hosts ending Qatar’s 100% record with a 2-0 win in Xian to advance to the third round of World Cup qualifiers as well as sealing their place at UAE 2019.

The North Koreans and Jordan will take part in the AFC Asian Cup UAE 2019 Qualifiers Final Round along with Oman and Lebanon, who finished second in their groups behind Iran and Korea Republic respectively.

The quartet will be joined in the final round by all the third-place finishers in Round 2 of the 2018 FIFA World Cup/2019 AFC Asian Cup joint-qualifiers as well as the top-four fourth-placed sides.

Meanwhile the four lowest ranked fourth-placed teams will join those that finished last in their groups in the AFC Asian Cup UAE 2019 Qualifiers Playoff Round.

The draw for the two-round playoffs will take place at AFC House in Kuala Lumpur on April 7, five days before the draw for the final round of 2018 FIFA World Cup Russia Asian Qualifiers takes place at the Mandarin Oriental Hotel, also in the Malaysia capital.