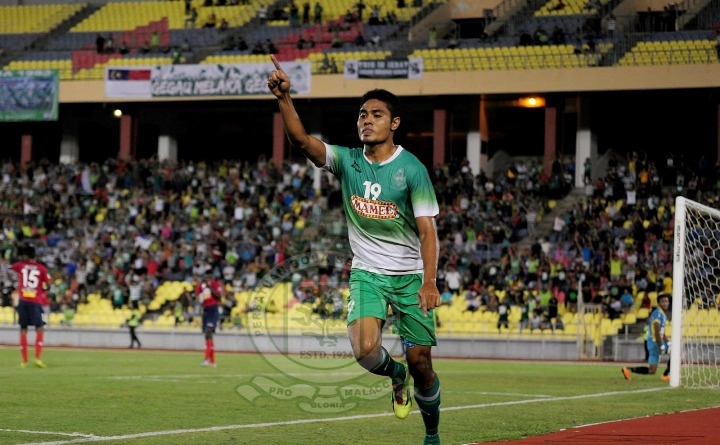 Premier League teams showed that they will be no pushovers in the Malaysia Cup – when the country’s oldest football competition got underway on Tuesday.

Malacca United, the Premier League leaders, shocked Super League’s Terengganu 2-1 at the Hang Jebat Stadium in a Group D match while PKNS FC clawed back from a 2-0 deficit to secure an inspiring 2-2 draw against star-studded Johor Darul Takzim at the Larkin Stadium in Group C.

The big match at Larkin was a repeat of the FA Cup final which the Southern Tigers won 2-1 at the Shah Alam Stadium.

JDT were 2-0 up by the 57th minute with goals by Safee Sali (48th) and Juan Martin Lucero (57th) and looked like cruising to an easy win over the Selangor outfit.

But all that change when the controversial Gabriel Guerra pulled one back on 83 minutes. Six minutes later it was 2-2 when the visitors won a penalty after Junior Eldstal was hauled up for hands inside the box and Juan Manuel Cobelli made mistake from the spot.

PKNS coach E. Elavarasan promised something special at Larkin and he delivered to show that his team will be in contention for a top two place in the group.

Malacca United grabbed a 54th minute off a penalty with skipper Ilja Spasojevic converting the spot kick. Four minutes later R. Surendran made it 2-0 for the homesters before new signing Bogdon Milic got one for the Turtles in the 74th minute.

At Stadium Tun Abdul Razak in Jengka it was Felda United all the way for Irfan Bakti’s team – riding on a brace by Liberian international Francis Forkey Doe in the 54th and 71st minutes after Christie Jayaseelan opened accounts in the 27th minute.

Kelantan, in the limelight for the wrong reasons and facing action by the FA of Malaysia for not paying overdue salaries to some of their former players, snatched a 1-0 win over Pahang in Group B match payed at the Sultan Mohd IV Stadium in Kota Bahru.

Selangor struck late at the Shah Alam Stadium for their 1-0 win over Kuala Lumpur. Adam Nor Azlin was on target in the 87th minute for the solitary goal to deny the City Boys in a Group B match.

T-Team failed to take homeground advantage at the Sultan Ismail Nasiruddin Shah Stadium in Kuala Terengganu and surrendered a 2-0 lead to settle for a 2-2 draw against Premier League’s JDT II.

Dilshod Sharofetdinov gave T-Team the lead as early as the fifth minute and Nor Hakim Hassan got the second after 16 minutes.

JDT II upped their ante after the halftime break and were rewarded in the 46th minute with international Zaquan Adha Abdul Radzak on target. Former Terengganu striker Paulo Range scored four minutes later for an encouraging start to their campaign in Group A.