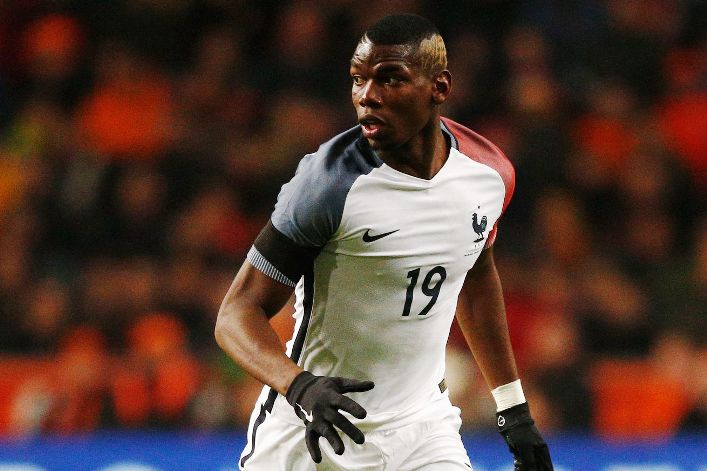 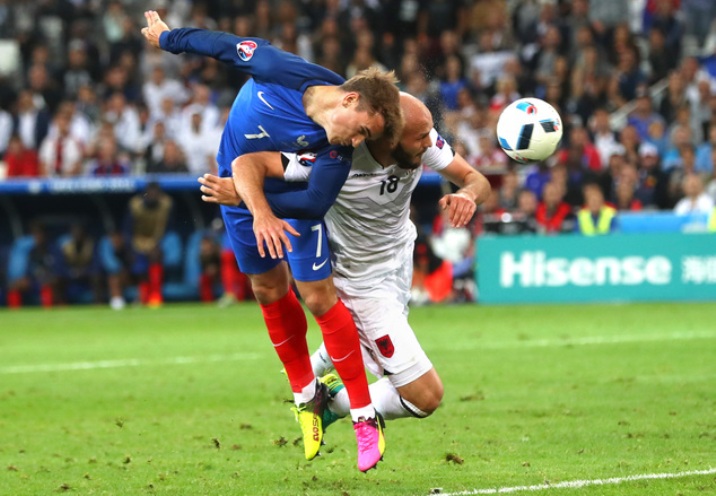 Juventus star Paul Pogba finds himself at the eye of a storm as Euro 2016 hosts France prepare to face Switzerland in their final Group A game in Lille on Sunday.

Dropped for Wednesday’s 2-0 win over Albania in Marseille, Pogba came on at half-time and helped set up the second goal for Dimtri Payet deep into stoppage time with a trademark crossfield pass.

But his reaction — an explicit pump of the arm, apparently directed at the press box — caused a scandal and, despite the 23-year-old apologising, it has placed him squarely in the media crosshairs.

The France players who have faced the press since have done their best to dilute the controversy, Pogba’s midfield colleague N’Golo Kante saying: “I didn’t see this gesture that everyone’s talking about. I was celebrating the second goal.”

Centre-back Samuel Umtiti, meanwhile, protested: “I’m not someone who looks at the press.”

Nevertheless, with France already assured of a last 16 place, coach Didier Deschamps can expect the matter to be at the top of the agenda when he sits down to address the media in Saturday’s pre-match press conference at Stade Pierre-Mauroy.

Broadcasters beIN Sports elected not to show footage of the incident out of a desire to avoid controversy, but video images quickly circulated on social media, undermining Pogba’s explanation, in a statement sent to AFP, that he was just doing his “usual dance”.

“In his statement, Paul Pogba found the imagination that he’s been looking for since the beginning of the Euro,” Vincent Duluc observed drily in French sportsdaily L’Equipe.

The newspaper had splashed Pogba across its front page on the first day of the tournament, urging him to emulate Michel Platini and Zinedine Zidane by leading France to glory on home soil as they did at Euro ’84 and World Cup ’98 respectively.

Instead his antics in Marseille have brought to mind less savoury incidents from France’s recent football past, such as the sight of Samir Nasri screaming “Shut your mouth!” towards the media tribune after scoring against England at Euro 2012.

Pogba can at least look forward to a return to the starting XI against Switzerland, along with Antoine Griezmann, who came off the bench to score the crucial opening goal against Albania.

With Kante and Olivier Giroud both at risk of suspension, Yohan Cabaye and Andre-Pierre Gignac could come into the team as well, with Deschamps expected to revert to a 4-3-3 formation.

Deschamps will be keen for France to avoid a repeat of the fate that befell them at Euro 2012, when, under Laurent Blanc, a 2-0 loss to Sweden in their last group game condemned ‘Les Bleus’ to a quarter-final encounter with eventual champions Spain.

With France two points clear of second-place Switzerland, a draw will guarantee them top spot in the group and with it a last 16 tie against the third-place team in Group C, D or E.

France won 5-2 when the teams last met in the Brazilian city of Salvador during the 2014 World Cup, a victory that sparked their tournament into life, and Deschamps will hope Sunday’s game proves a similar catalyst.

Having had to wait until the 89th minute to take the lead against Romania and the 90th minute to go in front against Albania, France are yet to produce a display worthy of their pre-tournament status as potential champions.

Seizing on the Pogba controversy, Switzerland’s official Twitter account wrote on Friday: “Hey France, Pogba’s not your problem. WE are your problem!”

Vladimir Petkovic’s side beat Albania 1-0 in their opening game before drawing 1-1 with Romania and require only a point to secure one of the two automatic qualifying positions.

But Admir Mehmedi, who scored Switzerland’s equaliser against Romania in Paris, said: “We want to win, that’s clear. We won’t be happy just to play for a draw.”

Influential Watford midfielder Valon Behrami could miss out, though, as he is nursing a knee problem. – Agence France-Presse