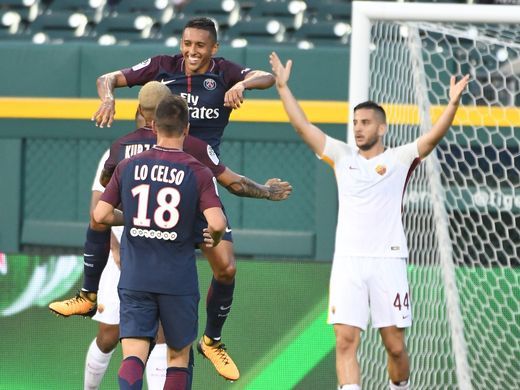 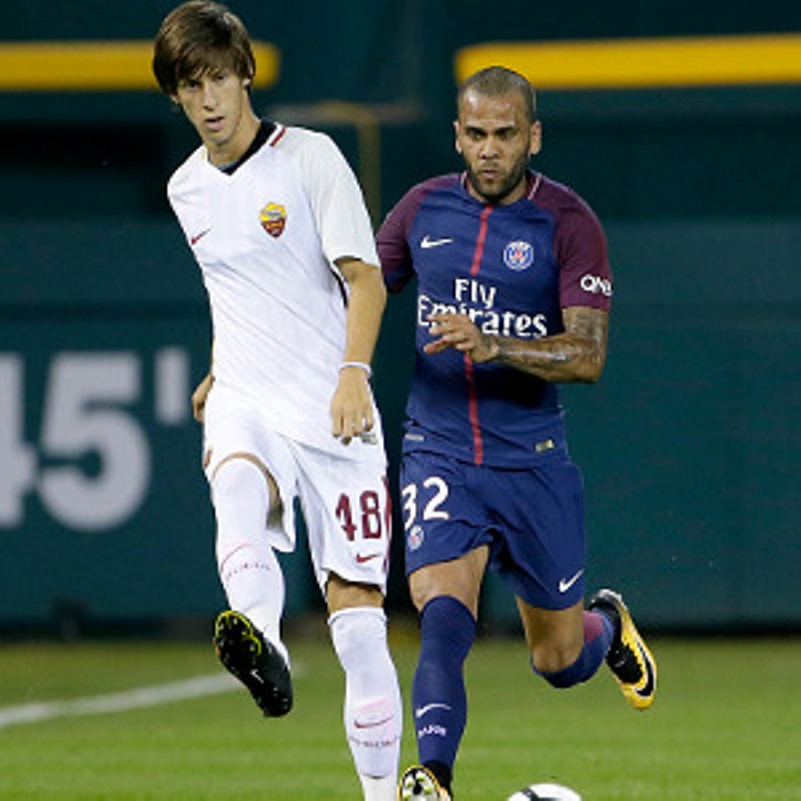 Paris Saint-Germain edged Roma 5-3 on penalties on Wednesday after they played to a 1-1 draw in a friendly international football match in Detroit, Michigan.

Brazilian defender Marquinhos gave the Ligue 1 giants the lead in the 36th minute, but Roma responded with a strong second-half performance that saw Sadiq Umar nab the equalizer in the 60th minute.

Under the rules of the International Champions Cup friendly tournament the match was then settled by a shootout.

Only Roma’s Gerson failed to convert, and Marquinhos capped his night with the decisive penalty.

Brazil international Dani Alvez made his debut for PSG, starting at right back a week after he signed with the French club in a deal worth a reported 14 million euros ($16 million).

Alves played 69 minutes and was perhaps lucky not to concede a penalty in the 57th, when his slide tackle caught Diego Perotti in the area.

PSG’s Spanish coach Unai Emery was satisfied with what he saw from Alves, who won three Champions Leagues and six La Liga titles at Barcelona and who many had expected to end up with former manager Pep Guardiola at Manchester City.

“He played with his experience,” Emery said. “He talks a lot on the pitch, he also brings a lot in attack.”

Paris had seized the lead nine minutes before halftime. A neat combination between Thiago Motta and Jese saw the ball fall to Marquinhos, who fired home a right-footed shot from the center of the area.

The French club continued to push, with Lucas Moura firing straight at Roma keeper Alisson, but the lead remained at 1-0 at halftime.

With six changes for Roma and two for PSG, both clubs struggled to find a rhythm to open the second half.

But Roma gradually increased the pressure and were rewarded on the hour mark a pass from Gerson saw the speedy Sadiq put in behind and the 20-year-old Nigerian put the ball through Alphonse Areola’s legs.

Blaise Matuidi had three late chances for PSG, including blazing over from close range in the 85th minute and an injury-time effort.

In the shoot-out, the first five penalties were converted before Gerson, the third penalty-taker for Roma, missed.

“The team did a good job,” Emery said. “The result was not the most important thing. Of course, we wanted to win, but what is important is to give playing time to many players.” – Agence France-Presse