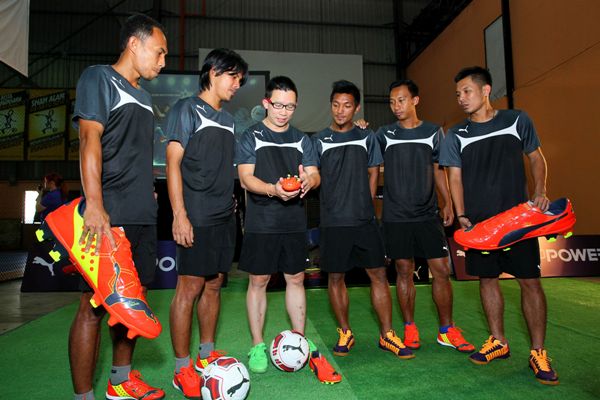 Speed, power and accuracy – the strength of the revolutionised evoPOWER boots has changed the trademark of the game. The three PUMA-sponsored players have been going great guns in the ongoing Super League since turning on the power with the new evoPOWER boots.

The evoPOWER is a new performance boot designed to enhance a player’s natural kicking ability, and optimise a player’s power and accuracy when striking the ball. Inspired by the power generated from the freedom of barefoot kicking, evoPOWER features the most advanced PUMA footwear technologies to date in its football category.

Goalkeeper Khairul Fahmi, a.k.a Apek, says: “It gives me better momentum on the field. I move faster, kick the ball further and I am also able to get into position faster. The PUMA evoPOWER boots is definitely good for my confidence. I have never experienced anything like this before.”