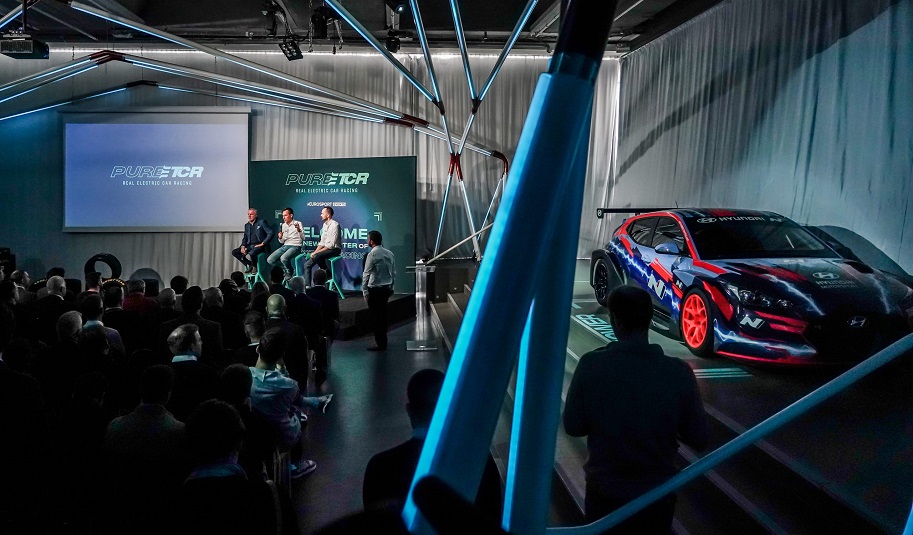 PURE ETCR has secured its first major broadcast deal beyond the Eurosport network. In Denmark, 6’eren and Dplay will broadcast the series throughout the inaugural championship season in 2021.

Launched in 2009, 6’eren is the primary male channel within Discovery Networks and has established itself as one of Denmark’s key sports channels with a particular focus on football and motorsport.

6’eren will supplement their broadcast commitments on television with an additional mix of live and highlights programming via the Dplay on-demand streaming service, making it an extremely attractive combined platform for PURE ETCR, the world’s first all-electric, multi-brand touring car championship.

PURE ETCR will stage its grand reveal in the Danish capital, Copenhagen, on Friday 9 October, and hosts its showcase race event at Adria, Italy, on November 14-15, ahead of a first full campaign in 2021.

The most powerful touring cars ever built will fight for honours in a series of short, sharp Battles in a knock-out format, with the winner of the final crowned the event King or Queen.

François Ribeiro, Head of Eurosport Events, the PURE ETCR promoter, said: “We are extremely pleased to announce the first of our domestic broadcast deals for PURE ETCR in 2021. In Denmark we have a country with a firm commitment towards a sustainable future – something that matches the philosophy of PURE ETCR – and in 6’eren we have a partner that has been very successful across the country in broadcasting high-level sport to a large audience and in promoting its coverage through a range of additional digital platforms. This is the first sub-licensing deal for PURE ETCR and not the last; I expect no less than 20 other broadcast agreements to follow before the 2021 season kicks off.

Christian Thye, Director – Sports , Discovery Networks Denmark, said: “We are excited about PURE ETCR and what it can bring to our portfolio. It is a great moment for Denmark that an international motorsport series not only launches in Copenhagen, but will also be a part of the Historic Grand Prix, and we are looking very much forward to cover the races in 2021 on 6’eren and Dplay to supplement our increasing focus in motorsport.”