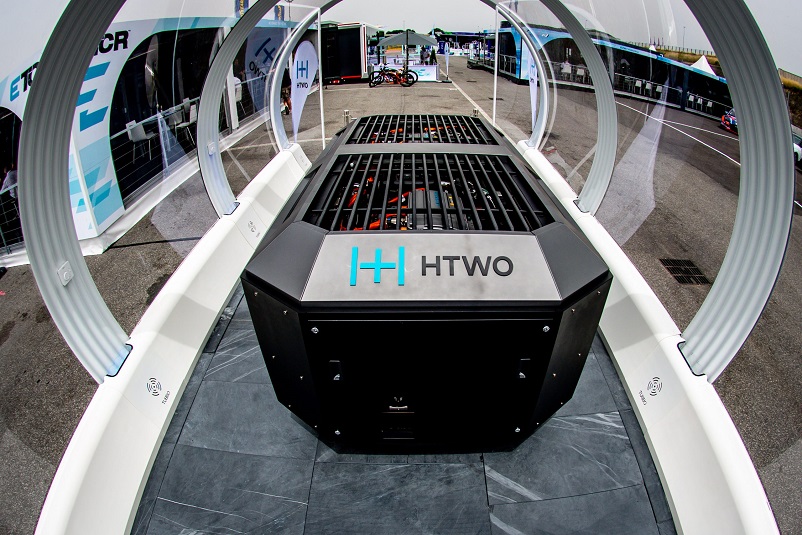 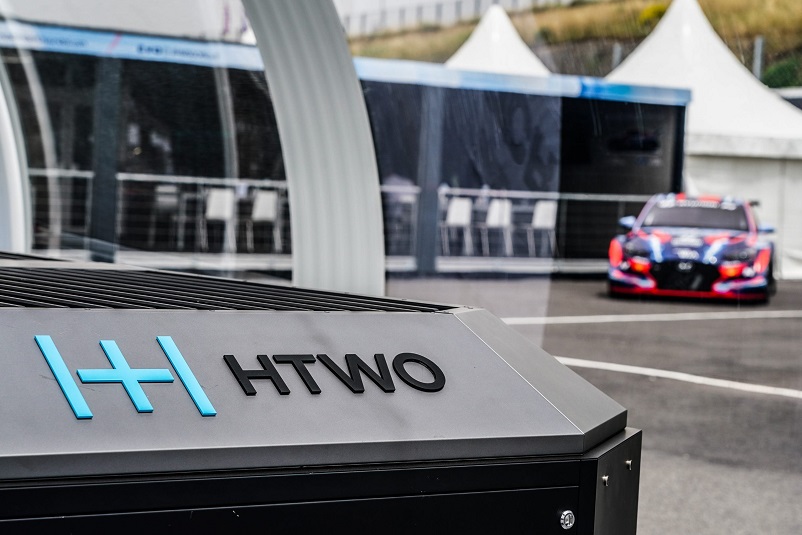 HTWO has created a hydrogen twin-fuel-cell generator using the same system currently installed in the Hyundai Motor Company NEXO road car. These generators use hydrogen to create electricity and will power the series’ charging units throughout 2021.

Cars competing in PURE ETCR will arrive at the series’ recharging hub, the Energy Station – located inside the main paddock – between on-track battles. By plugging-in, the charging process begins.

The HTWO generator produces 160kW at 250-450v to power the charging units, ensuring that only decarbonised electricity is created and meaning that the only by-product of the process is water.

During each cycle, a battery can be fully charged in less than an hour in full view of race fans, who can watch the process in a safe environment.

HTWO is the culmination of a fuel-cell development project that began in 1998 and remains ongoing. More than 15,000 vehicles using HTWO fuel cells have already been produced. It plans to apply the same technology to ships, trains and civil aviation in the future.

Xavier Gavory, PURE ETCR Series Director, said: “We are extremely proud of this co-operation with HTWO as the supplier of the hydrogen fuel cells that will power the charging process in PURE ETCR. From the early stages of planning PURE ETCR we were looking for ways to limit the environmental impact of the series and identified the use of hydrogen generators as one area where we can make a difference. It’s a clean fuel and lack of carbon means the only by-product of the process is water. We look forward to a successful relationship with HWTO from this day forwards.”

Saehoon Kim, Executive Vice President and Head of Fuel Cell Centre, Hyundai Motor Group, said: “It is a significant milestone for Hyundai HTWO that our fuel cell generator will play a key role in the charging infrastructure for high-performance ETCR racing cars as it heralds an exciting new era in the world of motorsports. Through the event, we hope to relay a message that hydrogen and electric energy solutions will coexist as the power sources of future mobility.”