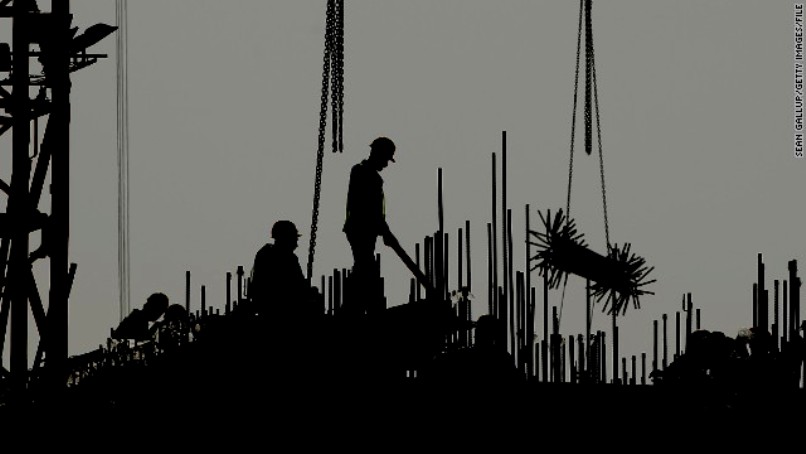 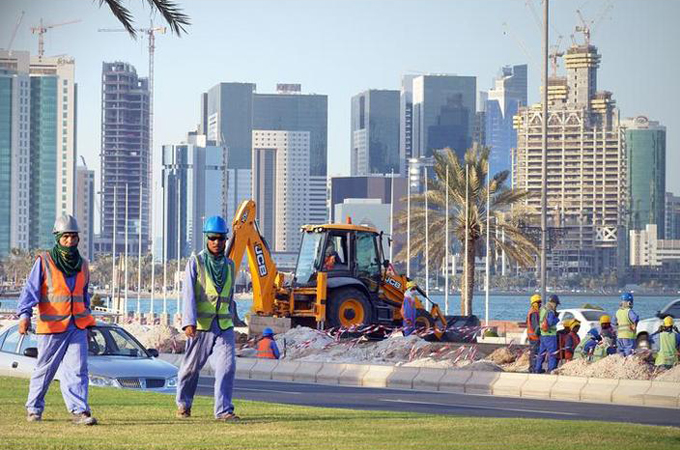 The watchdog called for “stronger action” by Qatar, which has come under a global spotlight to improve conditions for thousands of migrant labourers working to construct facilities for football‘s showpiece event.

Nicholas McGeehan, HRW’s Qatar researcher, pinned the blame on “naysayers” within the authorities. Although the Gulf emirate had made some progress, much more needed to be done, and quickly.

“I think it is right the reforms aren’t going far enough and they are not going fast enough. There is no timetable for reform,” he told reporters at a press conference in Doha for the launch of HRW’s World Report 2015.

McGeehan said he was not trying to “bash Qatar” and praised efforts by the energy-rich Gulf state on issues such as pay.

He said he expected Qatar to implement “very soon” a wage protection system which ensured workers are paid on time, one of the biggest complaints voiced by rights groups.

However, he said Qatar was yet to adequately tackle issues “responsible” for the labour problems in the country.

These included reforms to the controversial “kafala’ sponsorship system, which enables employers to prevent foreign workers from leaving the country or changing jobs and has been likened to modern-day slavery.

McGeehan also cited the confiscation of passports by employers, workers not being issued an exit visa so they can leave Qatar if they wish, and migrant labourers having to pay recruitment fees.

“We need to see much stronger action on those and that’s what’s not being addressed, so that’s really where our main concerns lie,” he said.

He said the political will was there among some in the Qatari government to reform but “there is clearly a depth of opposition to reform that is holding back the process”.

“We expect to make announcements about new legislation by early next year,” Qatar’s labour and social affairs ministry said in a statement released last November.

Last May, Qatar also said it would replace the sponsorship system with one based on employment contracts.

And earlier this year, Qatar said it was considering imposing penalties against firms that fail to pay migrant workers on time.

But the reforms are being held up, said McGeehan.

“There are two camps [within government] and unfortunately the naysayers are winning the battle at this stage,” he said.

“I don’t think there is any doubt that people are holding back reform, that what Qatar planned to put in place in May of last year was much stronger than the reforms or pledges that were announced.”

Qatar had “put itself in the spotlight” and had to respond.

“Two years ago we said if Qatar did not make reforms it would become synonymous with exploitation and it did,” he added. – Agence France-Presse