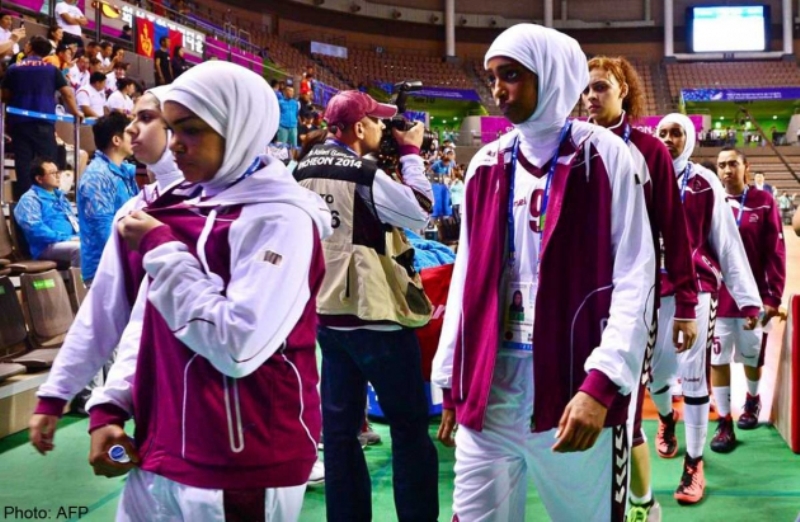 Qatar cried foul on Tuesday as their women’s basketball team pulled out of the Asian Games at the last minute over a rule banning Muslim headscarves.

About half of Qatar’s team wear hijab headscarves and they were due to open their campaign against Mongolia in the qualifying round at Incheon on Tuesday.

“FIBA didn’t let our players play with the headscarves and so we had to withdraw from the tournament,” said Ahlam Al Mana, head of Qatar’s women’s sports committee.

“What happened today is against International Olympic Committee goals which are meant to include countries from different cultures, and also it’s against the slogan of the Asian Games in Incheon which is ‘Diversity Shines here.'”

Al Mana said Qatar knew about the ban in advance, but hoped to persuade FIBA to change its mind. The headwear ban has already been relaxed at national level.

She added that teams from other countries affected by the ban had not travelled to the Games in South Korea.

“Of course the OCA (Olympic Council of Asia) encouraged us to participate but this is a technical decision from FIBA. I hope in the near future they will allow us.”

No immediate comment was available from FIBA or the OCA. Football is among the sports which now allow religious head coverings following a FIFA change of heart this year. – Agence France-Presse