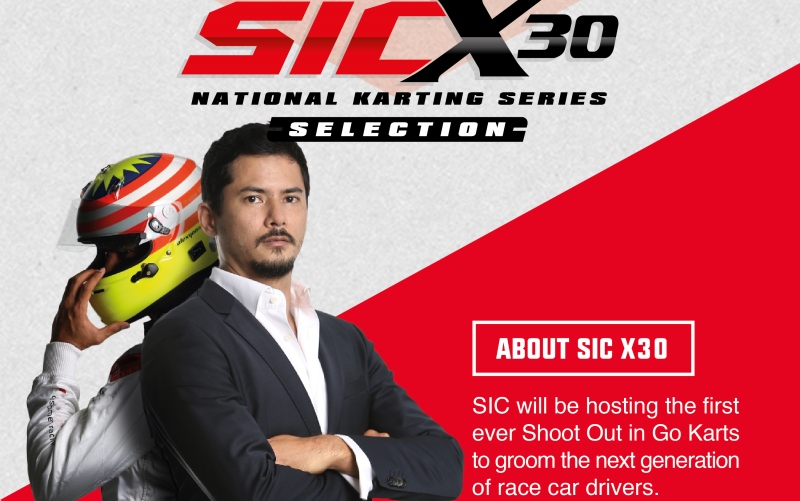 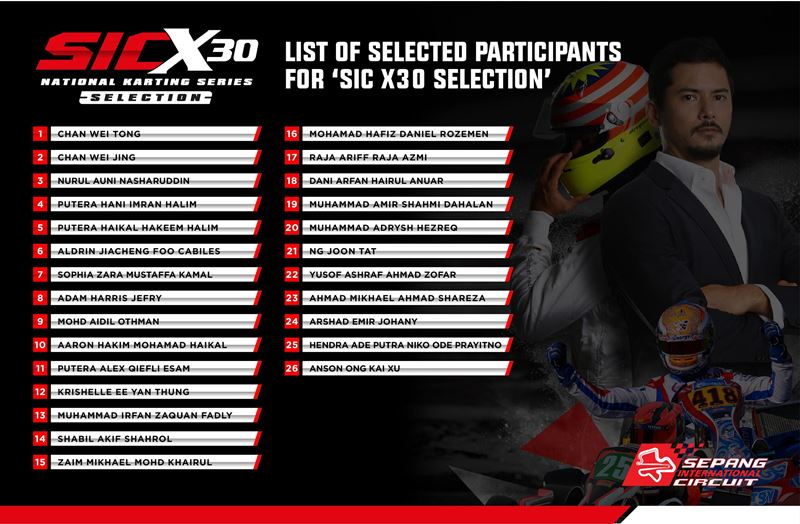 Thirty applicants aged 8-12 years old will battle it out for the 10 sponsored spots in the SIC X30 Series as the final selection will take place on Sunday.  The SIC X30 initiative aims to unearth new talents in motorsports as successful applicants will race in the series’ Rookie Cup.

SIC Chief Executive Officer Dato’ Razlan Razali hopes to unearth some hidden gems as the final selection is made this weekend.  “The idea of sponsoring new talents into the SIC X30 Series stems from the need to have talents from the very bottom of the pyramid of motorsports.

“We have to provide a viable platform for unknown talents to show their potentials. Once we have we have done that, we will open up a path for talents to rise up the ladder of motorsports,” he said.

The SIC X30 talent search programme is done in collaboration with Axle Motorsport, run by former Formula 1 driver Alex Yoong.  From the X30 series, drivers will have the opportunity to climb up the ladder to race in the F4 South East Asia (F4SEA), the F4 European series and later on the F3 series in Europe. Ultimately, the aim is to race in the prestigious World Endurance Championship (WEC) and Le Mans 24 Hours in France.

Alternatively, drivers can graduate into the TCR Asia Championship. From there, drivers will have the opportunity to race in the TCR Europe Series before ultimately competing in the FIA World Touring Car Cup.

On Sunday, the 26 shortlisted applicants will be whittled down to 20 drivers for the simulation runs before the final 10 is selected. There will not be a race as the selection was open to applicants who have club racing experience and not those who have higher level of racing.