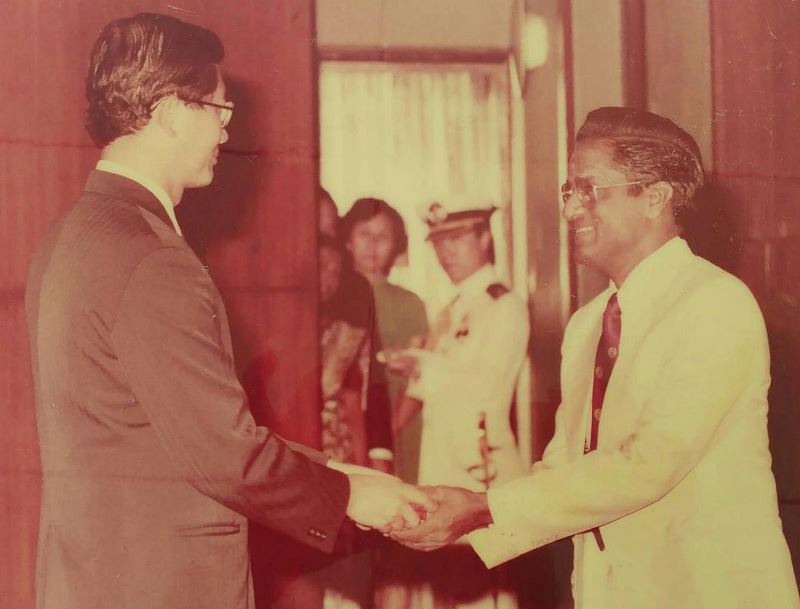 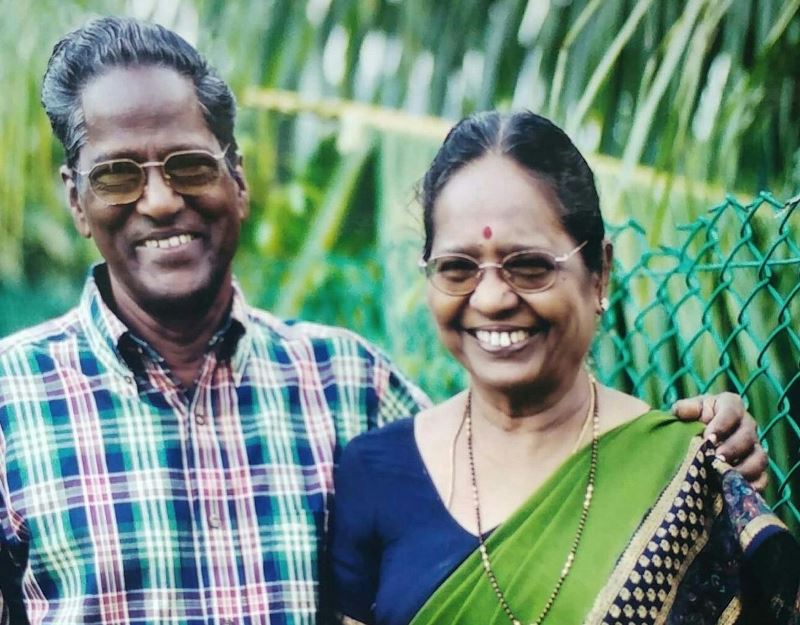 HE was made of the sternest stuff, a sporting disciplinarian who tolerated no nonsense and a Singapore-cut like Sir Alex Ferguson or Jose Mourinho, who demanded the best shots from his players.

The late Arumugam Pancharatnam, who celebrated his 90th birthday three weeks ago, passed on Sunday, peacefully in his sleep at his Chesnut Crescent home. And almost instantly, there came an unending string of sterling tributes from those he mentored, including me, who also faced the worst of his wrath on and off the field of play.

He was a rare breed of sports personality: Tough coach, manager and educationist in most senses of the word. Unflinching in the face of criticism or questioning, unrelenting in his selection of certain players over others and absolutely willing to stand up for himself or his players when needed, his character genuinely exudes mental toughness.

Add to that his quest for perfectionism in his own style of play, be it in hockey, cricket, athletics, rugby or football, and he can certainly be a nightmare to deal with even for his own players. Not to mention his family of four, sons Jeyaratnam, Jeyasuria, Jeya Putra and daughter (the late) Sushila, and wife Padmavathi Vellupillai.

His eldest son Jeyaratnam, 62, said his father was a “sportsman in every sense of the word”. Born in the-then Ceylon (now Sri Lanka), he moved to Selangor, he represented Malaya in regional meets over the middle-distances in the 1950s as a state champion and later joined the TTC (Teacher’s Training College) in Singapore in the mid-1950s after his marriage. With a Colombo Plan scholarship in 1963, he specialised in sports education at New Zealand’s Palmerston North University. 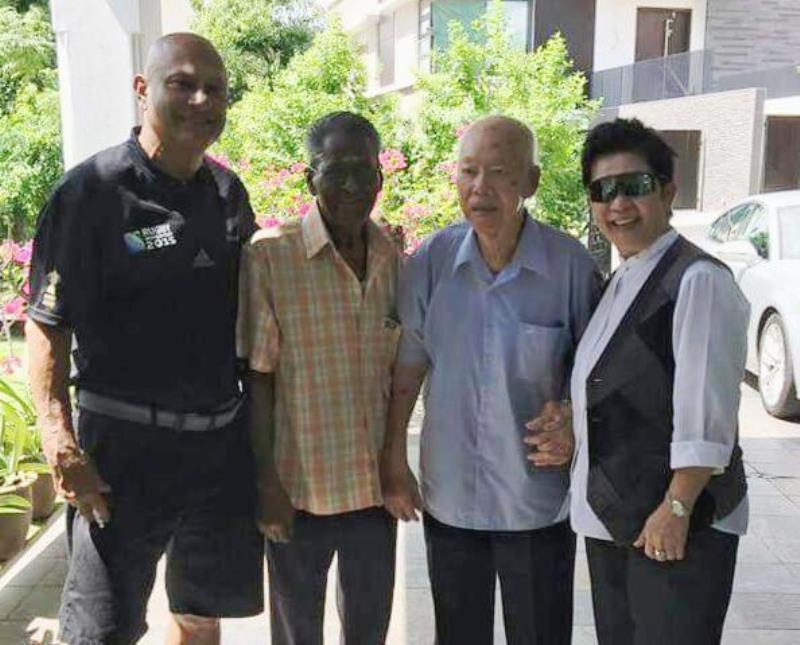 ‘STRAIGHT AS AN ARROW’

“He was straight as an arrow as a sportsman, at work, home or wherever he went,” recalls Jeyaratnam. “He never minces his words and had very high principles in life. He never believed or tolerated any short-cuts to win and always preached merit in winning. There was absolute honour in whatever he did.”

He studied at the Methodist Boys School (MBS) in Kuala Lumpur and later ensured his children were educated the Methodist-way at the Anglo-Chinese School (ACS) in Singapore. At ACS, he made heads turn in the 1970s when he introduced rugby during an era where Raffles Institution (RI) and Saint Andrew’s School (SAS) overwhelmingly dominated the oval-ball sport.

Today, ACS ranks as a rugby powerhouse in the ‘A’, ‘B’ and ‘C’ divisions with ingredients of the Pancharatnam-philosphy of the highest standards of discipline and sportsmanship.

“Winning is always great, but his philosophy is for the boys of ACS to be champions on and off the field,” says Jeyaratnam. “You can be a champion on the field, but that must translate into your personal life as well, where you set goals and work hard. He believed that as long as the boys get something out of this they’d be able to give back in some ways, that’s motivation enough to keep the ACS sporting spirit going.”

Former Singapore Rugby Union (SRU) President Low Teo Ping, who used to play as a scrum-half for Raffles Institution, also saluted Pancharatnam for seriously firing rugby at ACS. He says: “Mentor, coach, teacher and disciplinarian but fair and always there for us at the Combined Schools rugby team of the 60’s. He made it happen at ACS and we owe him a big gratitude.” 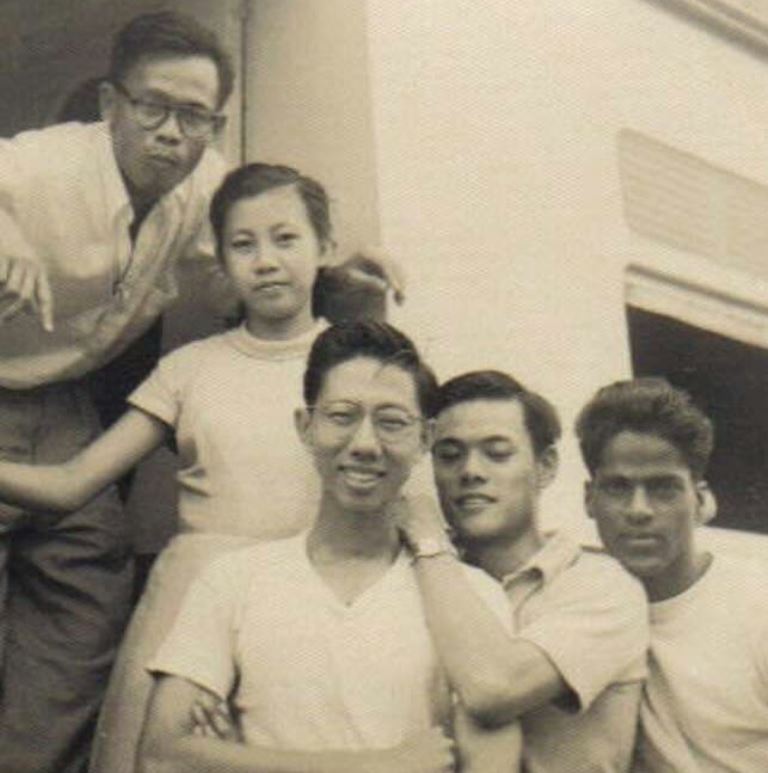 Retired police officer Mohanavelu Neethianathan, who represented Singapore in hockey, football and cricket, recalls Pancharatnam as an “extraordinary leader who knew how to call the right shots at the right time”.

“He advocates that ‘patience is a virtue’ and you must have patience to handle the long season, training schedule and sometimes frustrating attitudes of players,” he says. “He was born to coach the younger generation as it required a rare patience to handle the growth and development of the young players. This patience is displayed through his own self-control and discipline, which can rub off on the players, coaches and even parents and ultimately lead to improved performances by the team.”

Neethianathan, the former SCA (Singapore Cricket Association) Vice President, says that tactically, too, Pancharatnam was “very demanding, while he also pushes players to the limits of their endurance to get them in peak condition for his side”.

“He’s never known to get verbally or physically aggressive with his players, say like Jose Mourinho or Alex Ferguson but he never compromised on discipline as he acted tough always in the name of spurring the players on to be better, achieve more and reach their potential,” he adds. 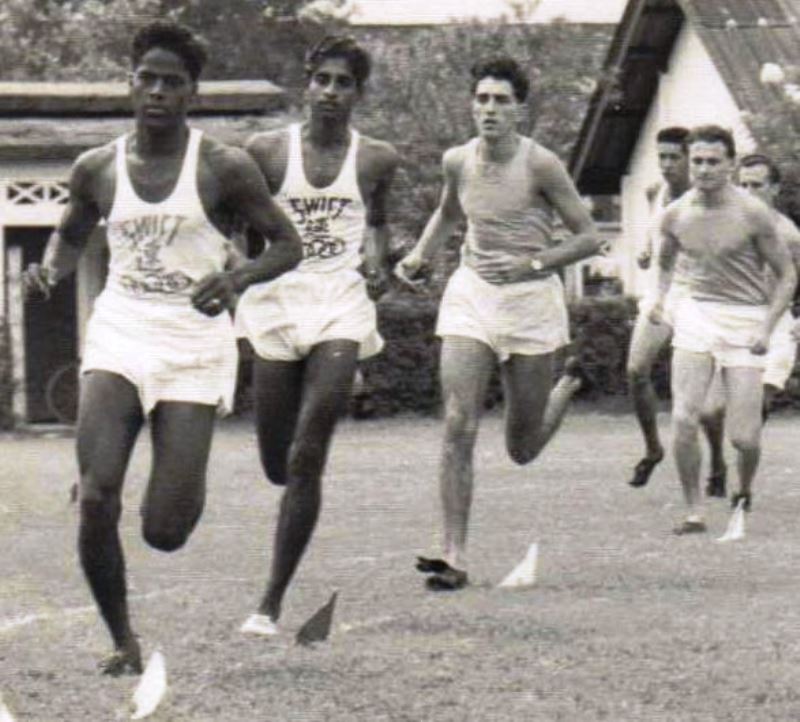 He adds: “He’s a tough character who is steadfast in his beliefs that his sporting methodologies are the best way to approach a season, as much with his media manner as with his players.

“He demands an awful lot from his core of younger players, physically and tactically in games, and his training sessions are known to be utterly different from many standard procedures. His rule of thumb was his traditional discipline principles, where I personally learned a lot.”

SEAP Games 1973 hockey vice-skipper Arul Subramaniam from St Joseph’s Institution (SJI) reiterated that the late Pancharatnam was a “very strict and fair-minded disciplinarian”. He says: “While I played for Combined Schools in the 1970s, he made sure we are punctual for every training session and matches. No trouble on and off the field. He gives positive comments when you play well and constructive criticisms when you’re off-form or not up to mark. He won’t hesitate to substitute you even if you are a star player.”

Former Singapore football and hockey striker Bernard Harrison, now migrated to Vancouver, Canada, describes him as a “great student coach who groomed school kids to excel in sports with the right values on discipline and sportsmanship”.

“In terms of organisation of sides and expecting his players to be spot on with their movement and work rate, he’s also very tough for the players to please,” recalls Harrison, who was almost sent back to Singapore during a 1974 hockey tour in India, while on the first day of a two-week attachment in New Delhi.

Personally, I can share this scary disciplinary incident as I was with Harrison when we returned to the New Delhi hotel an hour late, past the curfew deadline of 10.00pm. Pancharatnam waited for us at the hotel lobby and immediately ordered us to pack our bags to be sent back home the next day. Thankfully, at sunrise the next day, he changed his mind but unsparingly, disciplined the two of us by sitting on the sidelines for a week.

In the six months before the India tour when I trained under him, for Combined Schools, I remember Pancharatnam specifically saying that to play for him, “each individual must totally submerge his own personality for the good of the team…each person must make the sacrifice and if he isn’t willing to do that I don’t want him in my programme”.

I recall, too, that he reminded me many times that his no-nonsense coaching style would help his players in later life. How true his poignant words stand out now: “Ninety-nine per cent of all adult players must take orders from someone during their lives and I teach people how to take orders, in my coaching. I’m all for students’ rights, but when I’m coaching, they listen to me. And they will know later, through my strict philosophy, that I made them to be better individuals.”

Pancharatnam also managed a SAFA (Singapore Amateur Football Association, the predecessor of the Football Association of Singapore) national team in the 1960s and showed his hard-master character when he reportedly sent home star goalkeeper Wilfred Skinner for breaking team rules.

CULTURE OF ‘NO NONSENSE’

Dr Rose Bava, a retired educationist with three decades’ experience at Singapore American School, worked with Pancharatnam at the-then ECAC (Extra Curricular Activities Centre. She says: “There is a culture of ‘no nonsense’ from him as he demonstrated his wide knowledge of sport and the importance of participation in extra-curricular activities (in various sports, school bands and uniformed groups).

“He was very passionate of school sports and the promotion of sport in Singapore for the elite culminating in the Asean schools’ championships, which were some of Mr Pancharatnam’s best legacies. He administered sport in the local school sporting scene with fairness, vision and high principles.

Dr Bava, who was also a SEA Games gymnastic team manager, praised that “Mr Pancharatnam’s leadership and sport administration in school sport, and as a senior MOE (Ministry of Education) official guided rookies like me. I was then a junior officer as Gymnastics Adviser/ Schools.  We don’t get that kind of training anymore!”

“We’re very sad and sorry to hear of his death,” says Natahar, who won the elite Malaya Cup rugby in 1978 and was decorated with the SNOC ‘Coach of the Year’. “He was a caring and fair sports official, who truly valued the elements of discipline in youth development.

“He was the Singapore Under 23 Team Manager in 1965 when I played my last game of rugby before moving on to athletics. ‘Punch’ was a true sports master, in calculating the values of discipline and teamwork. A true Singapore sports icon. We will miss him.” 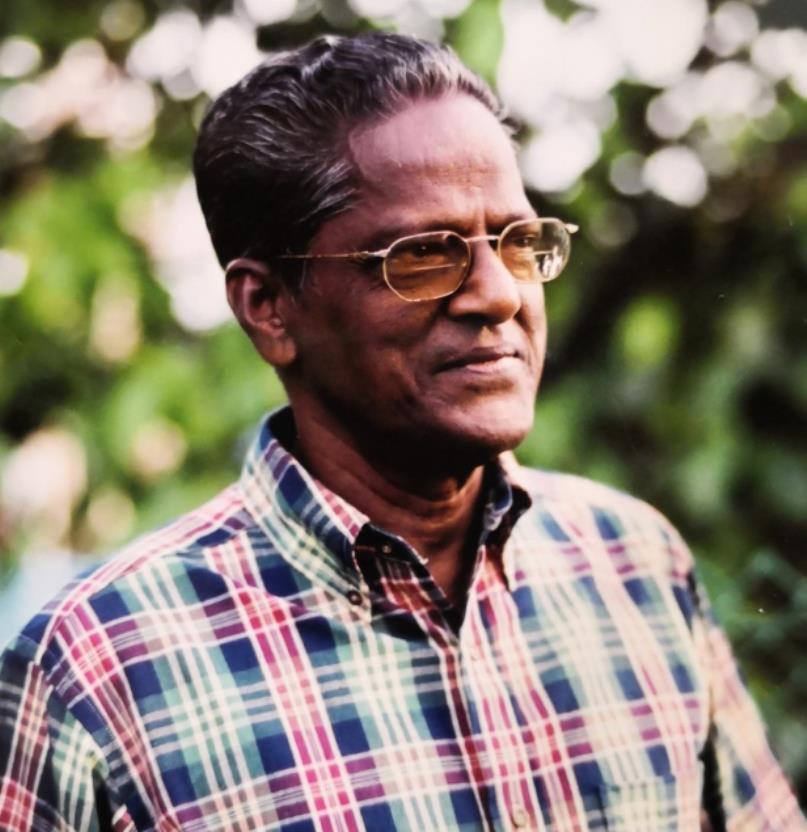 Former sprint champion Canagasabai Kunalan, who ran at the 1964 (Tokyo) and 1968 (Mexico) Olympic Games and widely regarded as one of Singapore’s greatest ever athletes, holds highest regards for Pancharatnam as he had an “air of dignity in whatever he did”. He says: “For me, the first time was under ‘starter’s order’ as he held the starter’s gun at major track meets. His voice had a very calming effect.”
Even more personal, Kunalan, a former educationist at Dunearn Technical School who went on to be an Assistant Professor at the National Institute of Education (NIE), recalls how Pancharatnam came as an Inspector of Schools to “observe me teaching when I was due to cross my final bar”.

He adds: “He and my principal stood at one corner of the car-park observing my class. I took it seriously with no sense of familiarity as he was strict and fanatical in education matters.”

Former Straits Times Sports Editor Godfrey Robert says he “owes a deep gratitude to him for inculcating many life’s lessons” when he started as a rookie journalist in the 1970s.

“I had always treasured his advice and counsel in matters other than sport when I was a rookie reporter. I used to relate some of my problems especially in working life and he would always teach me patience and courage to face the world,” he says, noting that Pancharatnam “always had an infectious smile and that put at ease reporters and strangers meeting him for the first time”.

Robert adds: “I have always admired ‘Punch’ as a true role model for sports and sportspeople. I enjoyed his company, mainly his wit and humour when he was at the ECAC. He was responsible for inculcating in me many life’s lessons and I owe a deep gratitude to him.

“I could not attend his 90th birthday last month as I was away in Australia. It’s such a pity, and now this sad news. His spirit will live on in the Singapore sports scene as he was a good teacher, coach, mentor and friend.