Home 2021 Razgatlioglu on top after day one at Misano 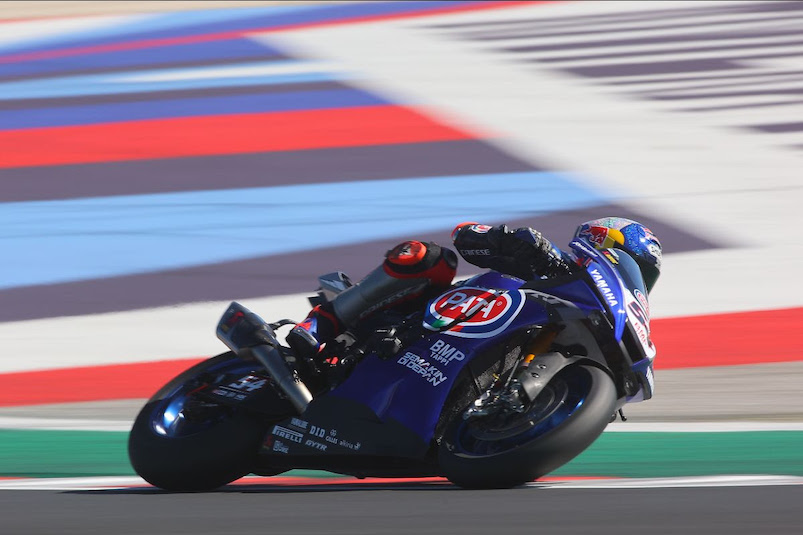 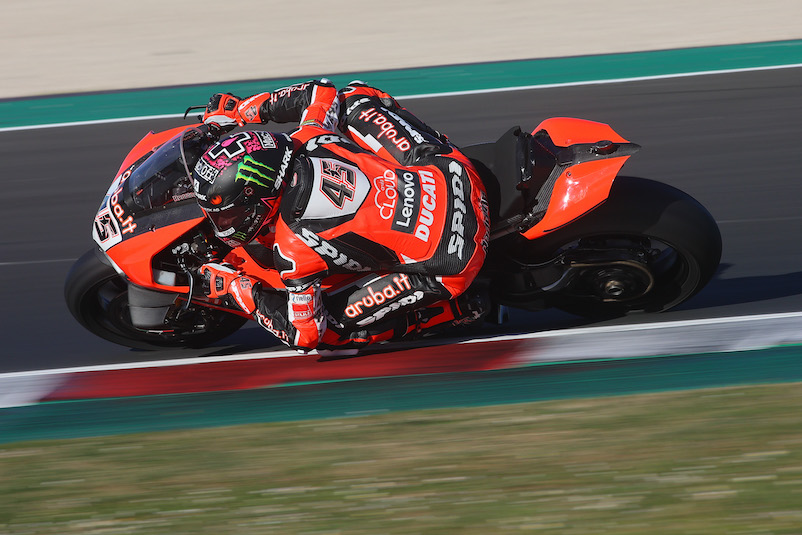 More laps and more mileage was the order of the day at the Misano World Circuit “Marco Simoncelli” as riders from up and down the MOTUL FIM Superbike World Championship continued testing in Italy along with counterparts from the FIM Supersport World Championship, with Red Flags in the afternoon session interrupting running while the top three all lapped faster than the race lap record at Misano.

After going fastest in the morning session, Toprak Razgatlioglu (PATA Yamaha WorldSBK Team) continued his form throughout the afternoon as he posted a 1’34.265s, faster than the race lap record from Jonathan Rea (Kawasaki Racing Team WorldSBK) when he set a 1’34.720s in Race 2 in 2015, as he continued to focus on turning and stopping his Yamaha YZF R1, including new components on his machine. Teammate Andrea Locatelli continued to his customisation to his new surroundings and new team with the reigning WorldSSP Champion completing 76 laps, five more than Razgatlioglu, posting a best time of 1’35.605 and going fifth overall.

Scott Redding (Aruba.It Racing – Ducati) was setting lap times close to the race lap record throughout the afternoon session, posting a 1’34.265s as he focussed on confirming new components on his Ducati Panigale V4 R as well as checking details on the machine. Redding was joined by Ducati’s new factory rider, Michael Ruben Rinaldi, with the young Italian looking to continue working with his new team.

Rinaldi posted a time of 1’34.609, a tenth away from his teammate as he completed 61 laps with Redding adding a further 77 to Ducati’s total, with both riders under Rea’s record. Axel Bassani (Motocorsa Racing) finished the standings in fourth place after completing 68 laps throughout the day as the youngest rider on the grid impressed with a 1’35.076s.

Independent teams were also at the testing with satellite Yamaha team GRT Yamaha WorldSBK Team at Misano with American star Garrett Gerloff and rookie Kohta Nozane. Nozane’s machine was the cause of a Red Flag during the day when his bike came to a stop at Turn 10.

Despite this setback, the reigning Japanese superbike champion was able to complete 57 laps with a best time of 1’36.523s. For Gerloff, this test was a chance to continue building on a sensational rookie season where he claimed three podiums with the American posting a best lap of 1’35.253 after completing 34 laps.

Lucas Mahias (Kawasaki Puccetti Racing) took to the track with his team following his move from WorldSSP to WorldSBK with the same team, as the Frenchman looks to embark on a full WorldSBK campaign for the first time. Using the 2020 Kawasaki ZX-10RR, Mahias completed 46 laps with a best time of a 1’35.849s. Christophe Ponsson (Gil Motor Sport – Yamaha) continued to get used to his new Yamaha machine with 57 laps across the day, setting a best time of 1’36.978s.

All three Ducati satellite teams were present with Tito Rabat (Barni Racing Team), and Michele Pirro (Team GoEleven) joining Motocorsa Racing’s Bassani on track. Rabat’s best time was a 1’35.680s, completing 93 laps, as he continues to adjust to WorldSBK following his switch from MotoGP™, while Pirro, standing in for Chaz Davies after the Welshman tested positive for Covid-19, was helping GoEleven continue their testing programme and completed 11 laps during the day.