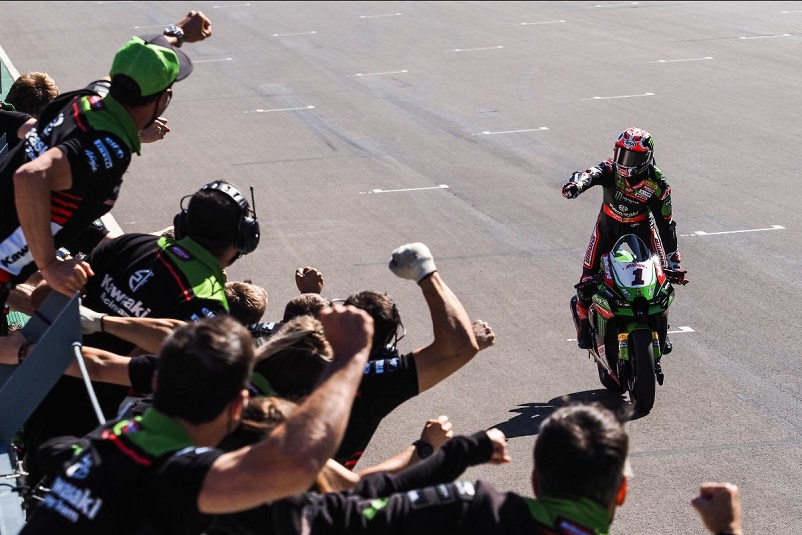 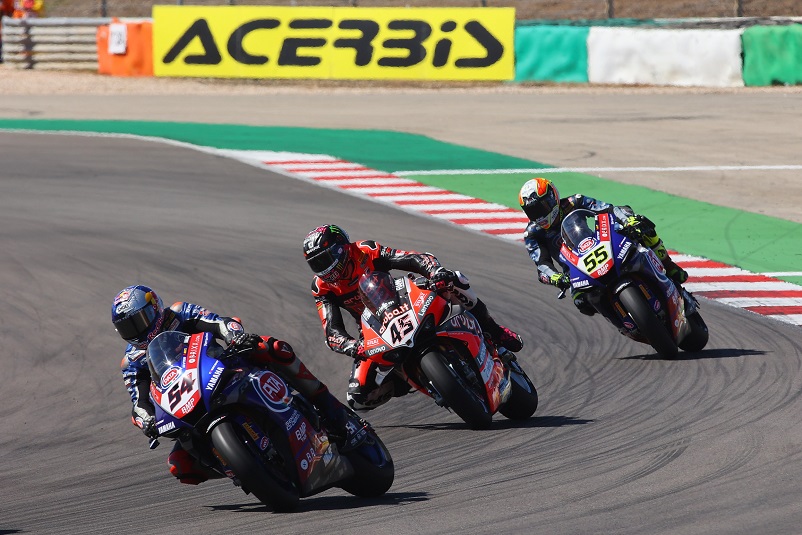 The rollercoaster venue of the Autodromo Internacional do Algarve provided more ups and downs in the battle for the MOTUL FIM Superbike World Championship as Jonathan Rea (Kawasaki Racing Team WorldSBK) responded to two crashes during the Motul Portuguese Round with an emphatic victory while Championship leader Toprak Razgatlioglu (Pata Yamaha with Brixx WorldSBK) crashed out of the race at Turn 15.

The start was delayed due to a technical issue when the riders were lining up on the grid for the start of Race 2, with the delayed start meaning the race distanced was reduced one lap from 20 laps to 19.

Jonathan Rea (Kawasaki Racing Team WorldSBK) was on the move from tenth place as he found himself in second place at the end of the opening lap, while Toprak Razgatlioglu (Pata Yamaha with Brixx WorldSBK) moved into third place.

Rea made his move for the lead through the fast Turn 9 left-hander on Lap 2 on Scott Redding (Aruba.it Racing – Ducati), relegating the British rider who had led from the start.

At the start of Lap 2, Razgatlioglu passed Rea into Turn 1 before the six-time World Champion responded.

The trio were battling throughout the opening laps, with both Razgatlioglu and Rea able to take advantage of Redding running wide at Turn 5 at Turn 10 on the same lap.

Razgatlioglu made a move on Rea down the start-and-finish straight to move into the right-hander of Turn 1 at the start of Lap 7, before Rea responded at Turn 11.

At the end of Lap 10, Razgatlioglu crashed at Turn 15, the same place Rea did in Race 1, which forced the Championship leader out of the race. Rea went on to take the 110th and the 210th podium of his career, narrowing the gap in the Championship to 24 points.

Rea’s victory means both he and Razgatlioglu have scored 25 podiums this season, the first time it has happened in WorldSBK history. The top two in the Championship are also tied with 25 podiums and 11 wins each. 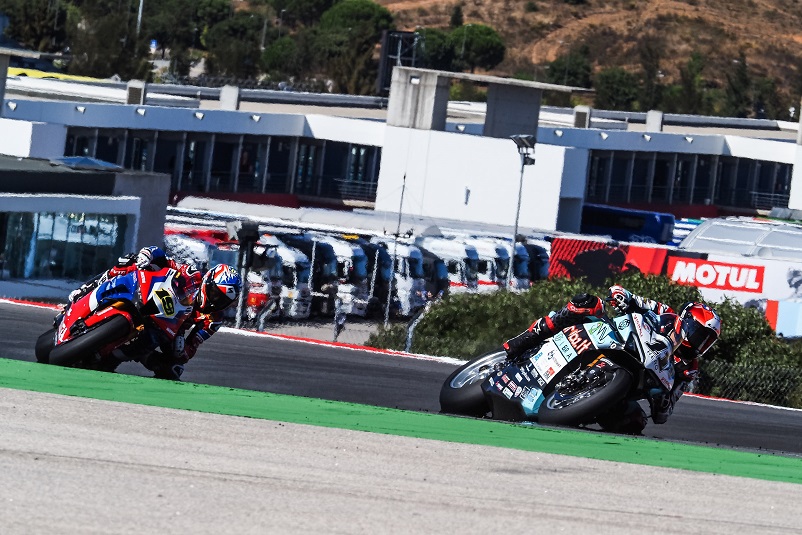 P1 Jonathan Rea (Kawasaki Racing Team WorldSBK)
“I have to thank my team. Not just my team, but every single individual inside the box at KRT. They worked tirelessly between races to build my bike so, including Alex’s crew and Alex as well. We’ve been really well together. We came here testing. My team have done everything for me this weekend and I threw it away yesterday being impatient when I knew I had the rhythm and again the wet conditions caught me out this morning. I’m just happy to repay a little bit of that in the second race. I showed we had the pace and the fight, and we keep going. I enjoyed every minute of that race. Step by step, doing my rhythm. The last three or four laps, I could really enjoy, take a step back and see my pitboard going up and breathe in that victory.”

P2 Scott Redding (Aruba.it Racing – Ducati)
“I said before that I didn’t think I’d have the pace to go with Jonathan if he was alone. He’s definitely strong around this circuit when you look at this previous success here. It would’ve been a little bit silly for me to push over my limit and I went to see if I could go with him or Toprak. Then I saw Toprak crash in the last corner. I was pushing, I had a few big moments myself with the wind, the wind was my biggest problem. Then I thought that second is enough today because after Jonathan crashed yesterday and this morning, you know how much he’s going to push. Him being strong there would be putting me out of a comfort zone that I shouldn’t really be in. I played that race safe, to be honest. It’s a track I’m still new to really, it was my first year here last year. I’ll take another second position today.” – www.worldsbk.com

Championship Standings (after Race 2, Round 11)