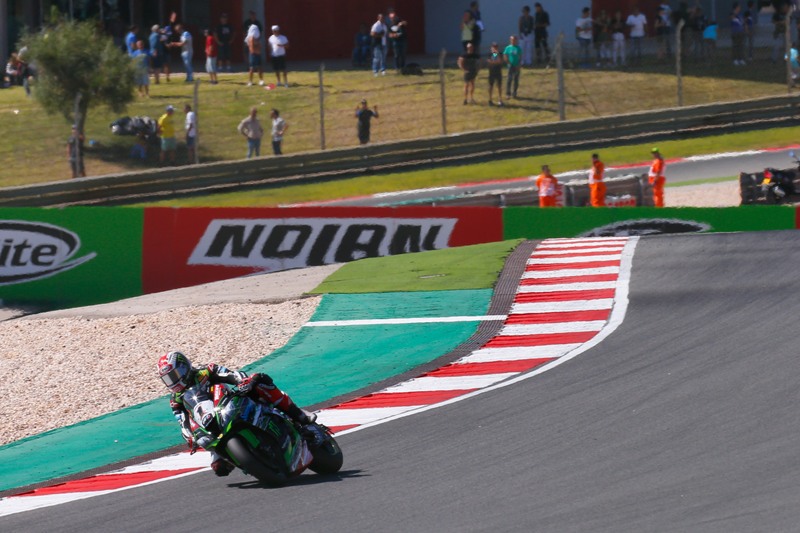 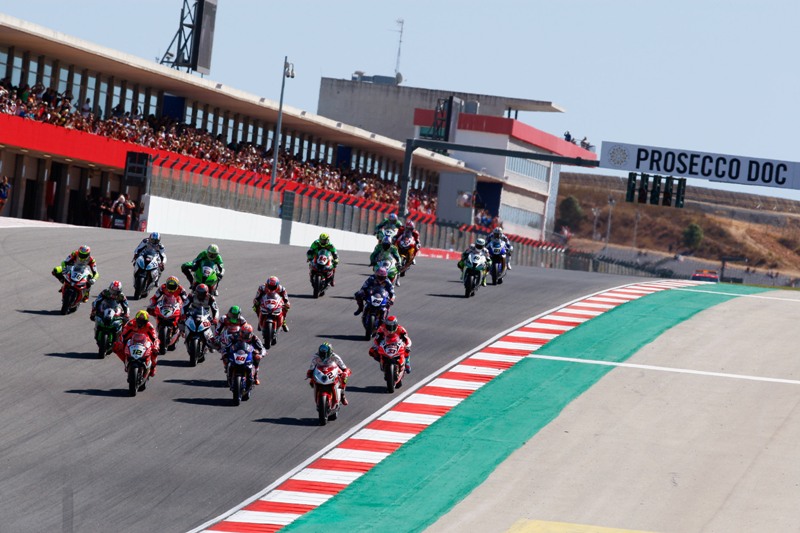 In the absence of the injured Tom Sykes (Kawasaki Racing Team) and with Chaz Davies (Aruba.it Racing – Ducati) crashing out with three laps to go in Race 2 it was another significant victory for Rea as he edges closer and closer to a third successive WorldSBK title.

The weekend could not have gone better for Rea as he won both races, secured pole position on Saturday and wrapped up the 2017 Pirelli Best Lap Award title. He now leads the general standings by 120 points over his teammate Sykes and could secure the 2017 WorldSBK title at Magny-Cours in two weeks time.

Van der Mark was delighted with his first podium with Yamaha after the Dutchman beat Melandri to the finish line by 3.367s. Just off the podium was Eugene Laverty (Milwaukee Aprilia), whilst Jordi Torres (Althea BMW Racing Team) also featured in the top five.

After an exciting Prosecco DOC Portuguese Round the WorldSBK riders will next be in action at the Pirelli French Round in two weeks’ time, over the 29th September to 1st October weekend.

“It’s incredible. These weekends don’t come usually, I had to focus on how to ride the bike the best I can. I want to thank all my team, we had some difficulties, my bike cut out on the seventh lap but in the end it stayed on and I’m so happy. It’s now time to think about winning this championship.”

“I am really happy, this season we have come close a couple of time and we have had a bit of bad luck. I had a good start, I struggled with the grip in the beginning, I found my rhythm and It was enough for a podium. I want to thank my team, we have worked so hard and to finally get a podium is fantastic.”

“It was a very difficult race, after three laps I lost the rear break and I went very wide. I tried to come back, but I lost a lot of time with Eugene but when I came back I tried to do my best to catch Michael. The pace wasn’t too bad, my pace was better than yesterday and I’m happier.”