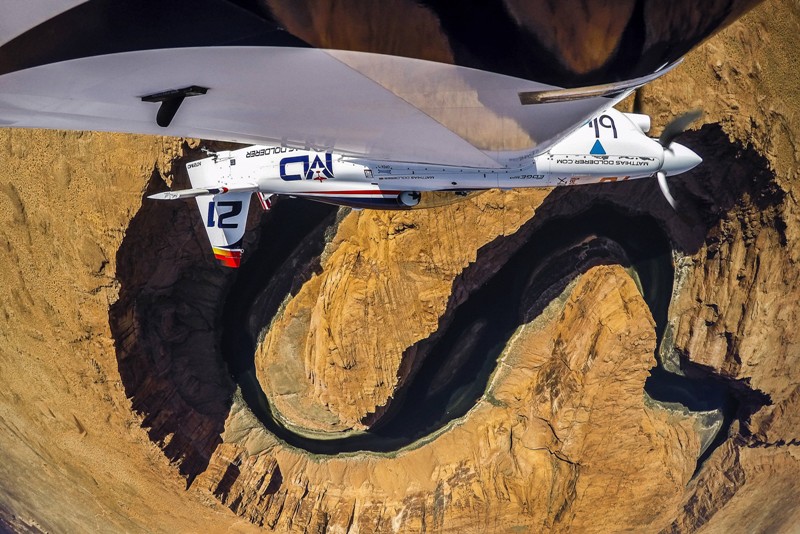 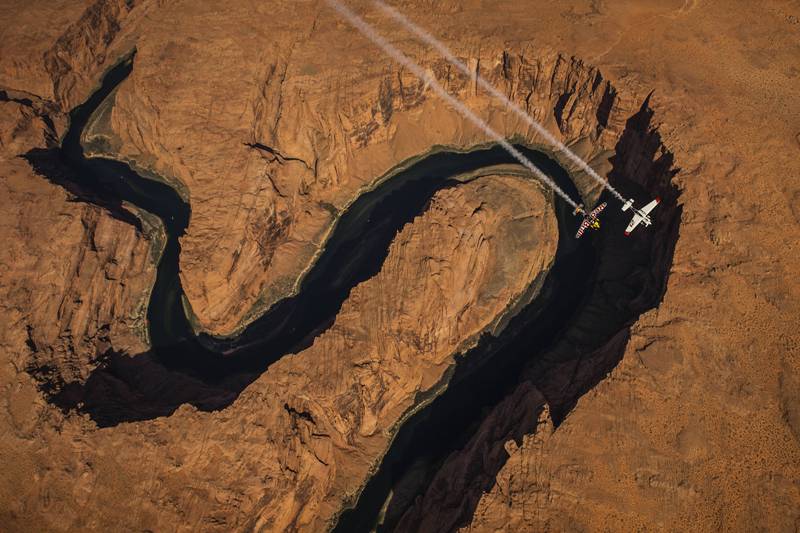 Ahead of the Red Bull Air Race season finale at Las Vegas Motor Speedway this weekend, the man of the hour – pilot Matthias Dolderer of Germany – led a flight to neighboring Arizona for heart-stirring images of the famed Horseshoe Bend. Flying by his side was the Czech Republic’s Martin Šonka.??

With just days to go before he is crowned 2016 World Champion at the Red Bull Air Race season finale in Las Vegas, Germany’s Matthias Dolderer had the honor of flying his raceplane from The Entertainment Capital of the World toward one of the world’s natural wonders – the Grand Canyon – for a recon flight over nearby Horseshoe Bend. Czech Republic’s Martin Šonka flew alongside to take in the sight that’s emblematic of the American Southwest: a breathtaking curve carved by the mighty Colorado River to create 1,000-foot (300-meter) cliffs in the desert landscape.

Roughly 200 million years ago, the area was part of a “sand sea,” quite possibly the largest system of sand dunes that has ever existed on the North American continent. Water and minerals gradually hardened the sand, petrifying it into rock known as Navajo sandstone before erosion from the river sculpted the dramatic 270-degree bend.

Fortunately for Dolderer, nothing can erode the dominant lead he has taken in becoming the first pilot in the history of the Red Bull Air Race World Championship to clinch the overall title before the season finale. Nonetheless, the German is keen to give his fans one more race win as the ultimate motorsport series in the sky returns to Las Vegas for the third consecutive year. Australia’s Matt Hall has secured second place in the World Championship, third is undecided.

The flying will be full-throttle this weekend before the celebratory awards ceremony late Sunday afternoon.

Tickets are still available for the Red Bull Air Race season finale at Las Vegas Motor Speedway on 15-16 October, including Sunday’s climactic action and prize-giving ceremony. For more information on tickets and all the latest, visitwww.redbullairrace.com