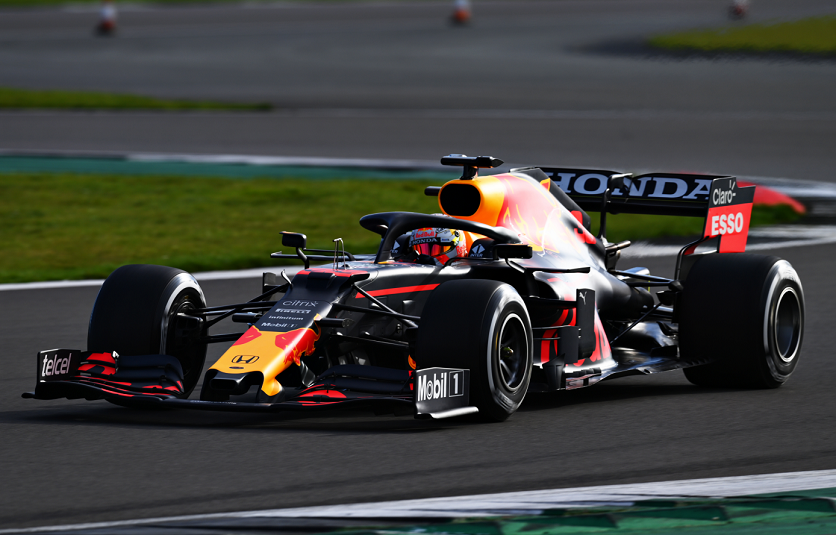 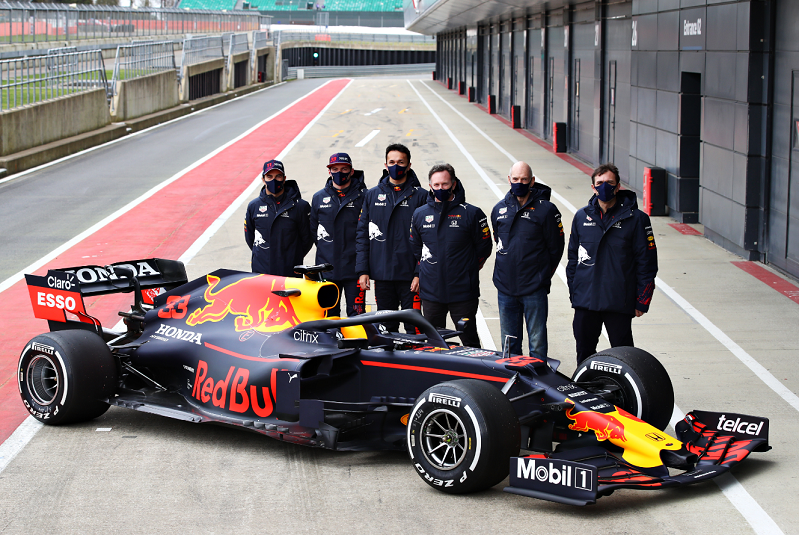 Red Bull Racing’s RB16B hit the track for the first time today as Max Verstappen and Sergio Perez got behind the wheel of the Team’s 2021 charger at an official filming day at Silverstone.

Max and the Team’s Official Test and Reserve Driver Alex Albon also drove the RB15 as the Team gathered promotional footage ahead of the season starts in Bahrain next month.

On a cold, blustery day, Sergio was given the honour of steering the RB16B onto Silverstone’s National Circuit for its first laps and after a series of trouble-free runs the Mexican driver admitted it had been an emotional moment.

“Driving a new car is always special – for the driver and also for the Team. They have been working so hard through the winter, so to finally take the car on the track, it’s quite an emotional day,” said Sergio. “I can say I think there is a lot of potentials. The conditions were not great but it was nice to get a feeling for the car. It’s pretty exciting. Earlier this week I drove the RB15 but today I could feel a step in overall grip and top speed.”

After driving the RB15 in the morning, Max jumped into the RB16B in the afternoon and was pleased to get an initial feeling for the new car.

“I started with the RB15 to just get a few laps in after the winter break and then I jumped into the RB16B. Days like today are all about getting comfortable with the car and with the new power unit, trying to make things run smoothly and trying to be well prepared before we go testing in Bahrain. It’s always good to be back driving a Formula One car and the first time you go out of the pits is such a great feeling.”

Team Principal, Christian Horner, added: “It’s always great to see a new car hit the track for the first time and to see the drivers get their first laps in. Today is for filming but allows us to make sure all the basics are functioning well before it all gets packed up and sent out to Bahrain and in that regard today was a success. It was good also to have Alex here driving the RB15 along with Max. It’s important for Alex to stay sharp as he’s going to play a crucial role in the development of RB16B.”

For Alex, the opportunity to drive the RB15 and to share notes with Max and Checo on the RB16B was particularly useful as he embarks on the intense process of helping develop the car ahead of testing in Bahrain in just under three weeks’ time and through the season.

“Being back at Silverstone is great and any day you get to drive a Formula One car is a good day and it was mega to get behind the wheel of the RB15 again to keep my eye in,” Alex said. “On my side, today was about understanding the personality of the RB16B, talking to Max, Checo, the engineers and getting their feedback so I can take it back to the factory where I’ll be doing a lot of work to help with development, especially now so that we can hit the ground running in Bahrain.”