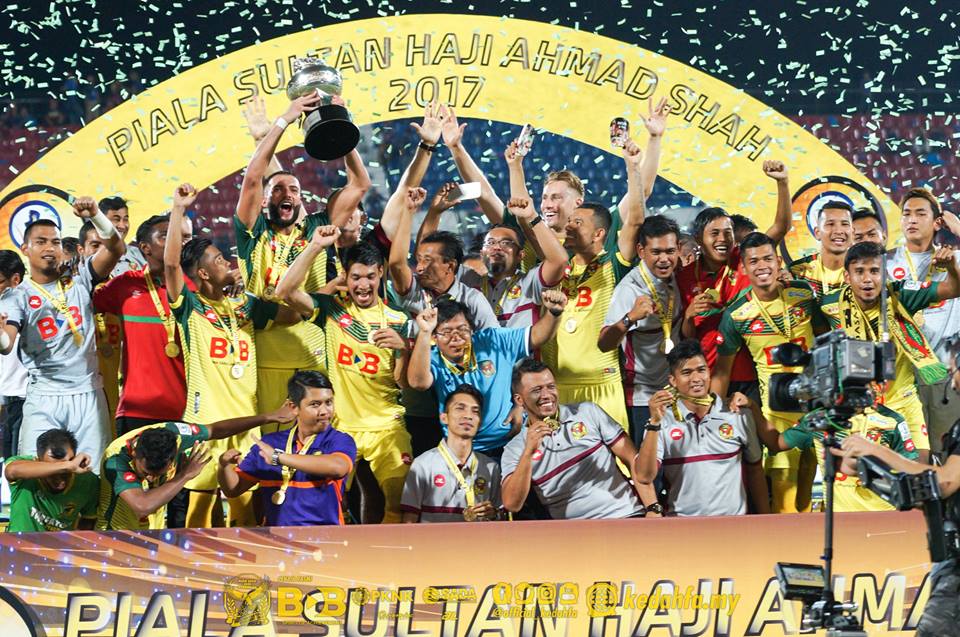 Malaysia Cup champions Kedah made a return to the elite league in style with a 1-1 draw against three-time Super League champions Johor Darul Takzim at Johor Bahru’s Larkin Stadium but took the Charity Shield 5-4 after a penalty shootout.

New signing, Argentinian-born Brian Ferreira who hold an Iraqi passport, flopped with his spot kick while Kedah’s Kosovo midfielder Liridon Krasniqi making it count with his for a glorious start for Kedah in the big league.

Krasniqi celebrated his winning goal by taking off his shirt before he was “buried” by his teammates. Kedah achieved the impossible and winning the first silverware this season is certainly a dream start for Tan Cheng Hoe and his team.

With the Southern Tigers reduced to 10-man in the second half after S. Kunanlan was given the marching orders just before the halftime break for a second yellow card, Kedah rode on the numerical advantage against the favourites. 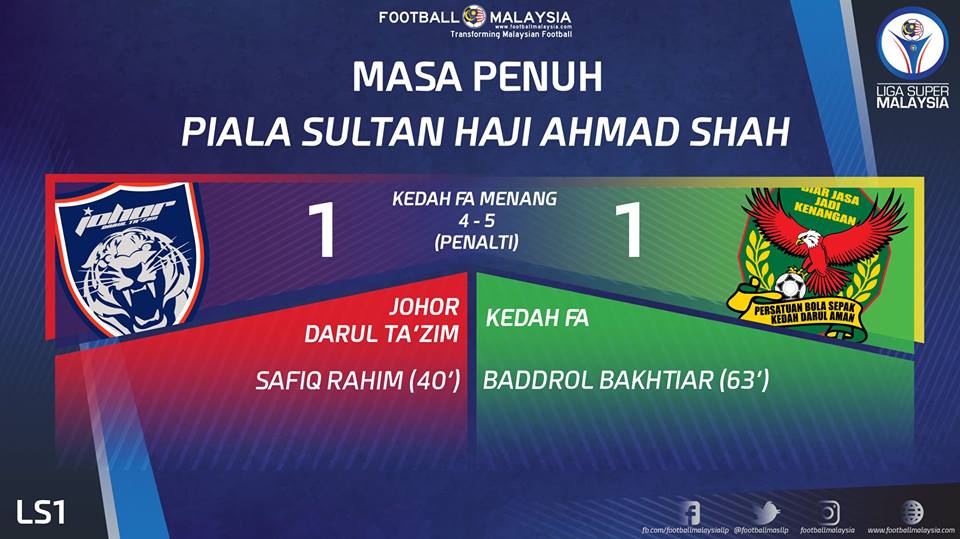 With the win in the lottery Kedah thus ended a 23-year drought to take the home the Sultan Ahmad Shah silverware which they last won in 1994 after winning the first in 1991. JDT won the curtain raiser in 2015 and last year.

It was the night of the skippers with Safiq Rahim scoring for JDT and Baddrol Bakhtiar for Kedah as the two teams shared the spoils in the first Super League match in the new season. The Charity Shield match also counted towards the league points.

Safiq gave the home fans plenty to cheer when he made no mistake to beat Kedah goalkeeper Hadi Hamid from the spot on 41 minutes after referee Suhaimi Mat Hassan hauled up Syawal Nordin for a foul on Gonzalo Cabrera.

Baddrol put the Red Eagles back in the picture with the equaliser in the 63rd minute with a brilliant strike from the top of the penalty box.

JDT new coach Benjamin Mora was left a disappointed man but took the defeat in his stride. He took the hot seat just two days before the biggie – replacing incumbent Mario Gomez after the Argentine and the Southern Tigers parted ways amicably.

The sudden change of guard caught many by surprise but JDT still remain as the hot favourites to challenge for honours this season after retaining the League Cup and adding the FA Cup to their collection.