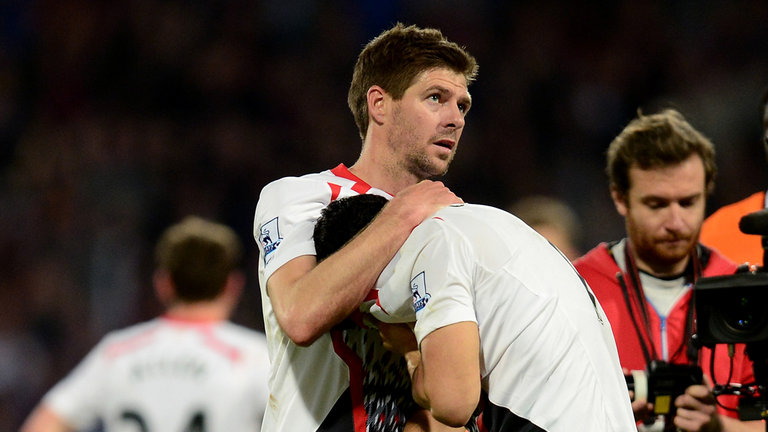 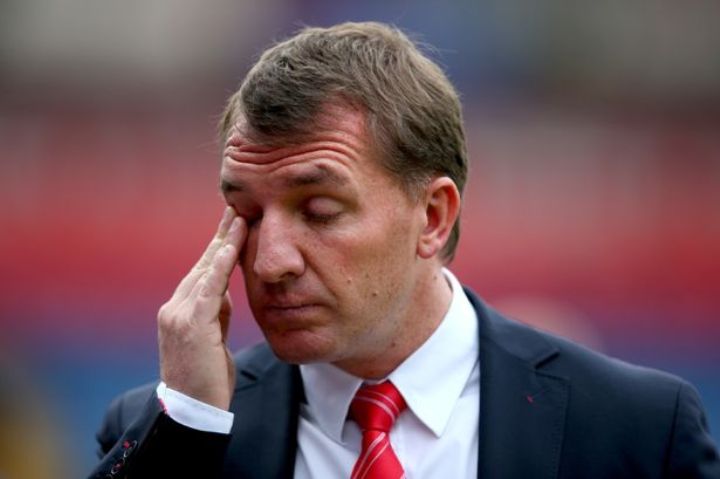 Brendan Rodgers claims Liverpool won’t be affected by the painful memories of their disastrous meltdown against Crystal Palace when they return to Selhurst Park on Sunday.

Rodgers’ side blew a three-goal lead as Palace staged a remarkable revival in the final 11 minutes to shatter Liverpool’s hopes of winning the Premier League title last season.

That horror show in south London left then Liverpool striker Luis Suarez in tears and the rest of his team-mates ashen-faced as they returned to the dressing room.

The Reds, without a win in three league games, don’t have to worry about ruining their title challenge this time as they are almost out of the race already after falling 15 points behind leaders Chelsea.

But Rodgers is hopeful his players will use the opportunity to avenge their last encounter with Palace as a springboard for a winning run.

“Maybe the excitement to claw back the goal difference gap to Manchester City overtook us when we played Palace last time,” Rodgers said as he reflected on that 3-3 draw.

“But the damage was always done in the Chelsea defeat. That was the one that changed it for us.

“It will be equally as tough against Palace this time. Neil Warnock is a wonderful manager with big experience.

“But we are looking to start off an exciting run with a win. A key feature for us has been the spirit we’ve built up over the past couple of years here. Players are giving me everything.”

Rodgers’ tactics have been called into question for the first time during his reign, with West Ham manager Sam Allardyce claiming the Reds chief isn’t flexible enough to switch to a ‘Plan B’ when his team are struggling.

But Rodgers is adamant he and his team are capable of adapting to changing circumstances.

“I’m not dogmatic. We’ve played various systems in my time here. We will always explore different options. That’s my job as manager,” he said.

“The adverse moments provide you with the opportunity to go and fight even harder. We can’t complain.”

With injury-plagued striker Daniel Sturridge sidelined for another six weeks with a thigh strain, Rodgers could have done without seeing Mario Balotelli suffer a hamstring problem on international duty with Italy.

But Balotelli is yet to score a Premier League goal since his move from AC Milan and, even if he recovers in time to feature this weekend, Rodgers hinted former Southampton striker Rickie Lambert is set for more playing time after a quiet start to his spell at Anfield.

“A lot of the focus this season has been on players who are injured and a player who is no longer here (Luis Suarez),” Rodgers said.

“I need to ensure my time is devoted to the players who are fit and available.

“Rickie will get an opportunity now — we have so many games in an exciting period and he will feature in those heavily.”

Palace sit just one place above the relegation zone after losing four of their last five games, with problems in defence and attack giving Warnock plenty to work on during the international break.

The Eagles have the second worst defensive record in the Premier League this season, with 20 goals conceded in 11 games, and Warnock is also frustrated his forwards have been unable to find the net on a regular basis.

“We have concentrated on the defence,” Warnock said. “You have to get clean sheets to progress in this league and that is what we will try to do in the next few weeks.

“We’ve had easy opportunities in the past games and we haven’t been able to put them away. We have been unlucky but you cannot feel sorry for yourself.”

Palace will be bolstered by the return of Australia midfielder Mile Jedinak from suspension. – Agence France-Presse