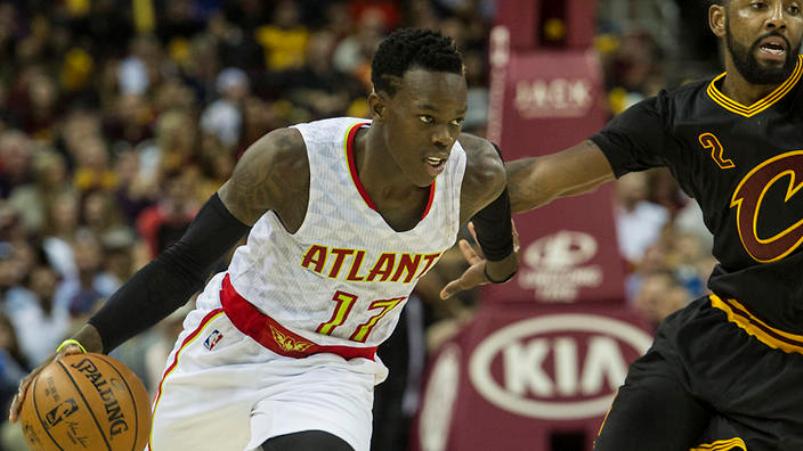 The Atlanta Hawks handed Cleveland their first loss on Tuesday with a 110-106 win, breaking a series stranglehold that saw the Cavaliers sweep Atlanta out of the playoffs the last two years.

The Hawks’ victory snapped an 11-game losing skid to Cleveland, who dropped to 6-1 on the season as they were the NBA’s last unbeaten team.

“We were tired of getting pushed around by Cleveland and we wanted to beat these guys,” said Hawks center Dwight Howard.

This is a much different Hawks team than the one that had been dominated by the Cavaliers and Howard is one of the reasons why.

The addition of Howard to the lineup is part of the roster shakeup that coach Mike Budenholzer had hoped would allow them to compete with the Cavaliers.

“They’re definitely the measuring stick, and we passed our first test. This is one of the biggest wins I’ve had since I’ve been here.

“They’re a very, very special team and for my two years here, they’ve kicked our butts.”

Cleveland swept the Hawks in the conference semi-finals last spring when they set three-point shooting records and won each game by an average of 12.5 points.

The Cavaliers swept all seven meetings between the two last season, including the postseason.

Howard finished with 17 rebounds for Atlanta despite having to leave the game briefly in the first quarter to get stitched up for a cut to the lip.

“We are tired of what people said about us in the past and we wanted to change that,” Howard said. “We are going to grow as a team. Our chemistry gets better with every game.”

Dennis Schroder scored a career-high 28 points, Bazemore added 25 and Paul Millsap tallied 21 for the Hawks in front of a crowd of 20,500 at Quicken Loans arena in Cleveland.

Bazemore made a couple of clutch baskets in the final four minutes. His three-pointer with 3:33 left extended the Hawks’ lead to 101-95.

He followed with a baseline jumper in the final seconds to put the game out of reach after a three-point play from Kevin Love had pulled Cleveland within 108-106 with 25 seconds left.

In Memphis, Marc Gasol hit a short shot as time expired to lift the Memphis Grizzlies past the Denver Nuggets 108-107.

Emmanuel Mudiay, who scored a game-high 23 points, put the Nuggets on top with eight seconds left.

Gary Harris stole the ball and passed to Mudiay, who finished with a dunk.

The teams then exchanged turnovers in the final seconds. Vince Carter lobbed the ball from the baseline on the inbounds play to Gasol for the winning shot.

Gasol finished with 19 points and six assists while Danilo Gallinari led the Nuggets with 21 points.

In New York, Brook Lopez scored 26 points, and the Brooklyn Nets made enough plays down the stretch for a 119-100 victory over the Minnesota Timberwolves. – Agence France-Presse